Partner Up for Profit 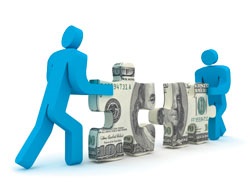 With commercial and residential business still lagging in many parts of the country, electrical contractors seeking a bottom-line boost may find better luck in municipal and institutional projects. Owners in this sector often are more concerned about lowering long-term operating costs than short-term payback and are investing in large-scale energy-efficiency upgrades. But your entry into this work may come through an energy-service company (ESCO) rather than direct owner contact, so understanding how such companies work could help your business development efforts.

ESCOs provide turnkey design, construction and, often, maintenance services that are financed through the savings such upgrades generate, and their business is growing, with 2012 revenues anticipated to reach between $5 billion and $6 billion, according to the National Association of Energy Services Companies (NAESCO). Pike Research pegs 2011 revenues at $5.1 billion and estimates 2020 sales to reach between $13 billion and $16 billion.

ESCOs are relatively young players in the larger energy marketplace. They came onto the scene during the energy crisis of the late 1970s, when improving the nation’s efficiency was seen as a critical element in reducing the dependence on foreign oil. Their business model was formulated on the basis of giving facility owners a way to address the upfront costs of a comprehensive energy overhaul. Initially, ESCOs provided the upfront financing themselves, earning their payback over time. That model has changed, said Donald Gilligan, president of NAESCO.

“The business grew beyond their capabilities,” he said.

Electric utilities were among the earliest major players in the ESCO business, and some of them, including Con-Edison, Nicor, Exelon and Pepco, still maintain ESCO subsidiaries. But makers of building--management equipment also have grown into this market. Johnson Controls, Honeywell and Siemens, among others, initially saw the ESCO structure as a way to expand their products’ market share. But, Gilligan said, the business has become profitable enough on its own to allow its managers more freedom in the equipment they specify.

“Oftentimes, the clients select the products,” he said.

Approximately 84 percent of those clients are municipalities, universities, schools and hospitals (combined, these make up the MUSH market), according to a 2010 study co-sponsored by NAESCO and the Lawrence Berkeley National Laboratory.

This is especially true for tenant-occupied investment properties, where tenants are responsible for their own electricity bills and the owner has little incentive to improve more than common-space operations. Such owners are more interested in upgrading individual systems or, perhaps, adding rooftop solar panels, than in more holistic, building-wide improvements.

ESCO projects typically begin with a facility-wide energy audit to establish baseline usage and costs. In fact, audits  are required for those companies who have been certified by NAESCO as accredited providers. Additionally, NAESCO-accredited ESCOs must have the capability to complete holistic upgrades that incorporate all systems, including heating, ventilating and air conditioning (HVAC); lighting; and motors.

But the availability of these services doesn’t mean ESCOs do all the design and installation work themselves, Gilligan said. Instead, the work is all subcontracted, opening up great business opportunities for electrical contractors. However, interested contractors will need to be patient, he said, because this isn’t a simple bid-based business.

“The development time for one of these projects is 12 to 24 months, and contractors get involved in the development process,” he said, adding that contractors not willing to risk that development work may not get access to related projects. “It’s very rare that you get the kind of bid specification a contractor may be used to.”

As with any new business relationship, developing a partnership with an ESCO can take some time. The industry has consolidated over the last several years, making already large companies even larger, and the Pike Research report anticipates this trend will continue, noting some similarities to the recent wave of electric-utility mergers.

“However, the utility mergers generally resulted in the creation of mid-to-large territorial monopolies,” said Brittany Gibson, research analyst. “In contrast, the consolidation of ESCOs has resulted in an unregulated but highly structured tier of companies pursuing business in national or regional markets.”

For persisting contractors, perhaps by starting through an ESCO’s local sales office, Gilligan sees great opportunities, especially with government building owners who may be facing state or federal efficiency-improvement mandates.

“Cutting waste in these buildings is a valuable exercise,” he said, adding that this is especially true when performance--based contracts can mean little or no upfront expenditures. With today’s technologies, Gilligan estimates a market potential as high as $100 billion. “It’s a huge, long-term market, and it doesn’t go away.”