Or I'll Blow You All To Bits 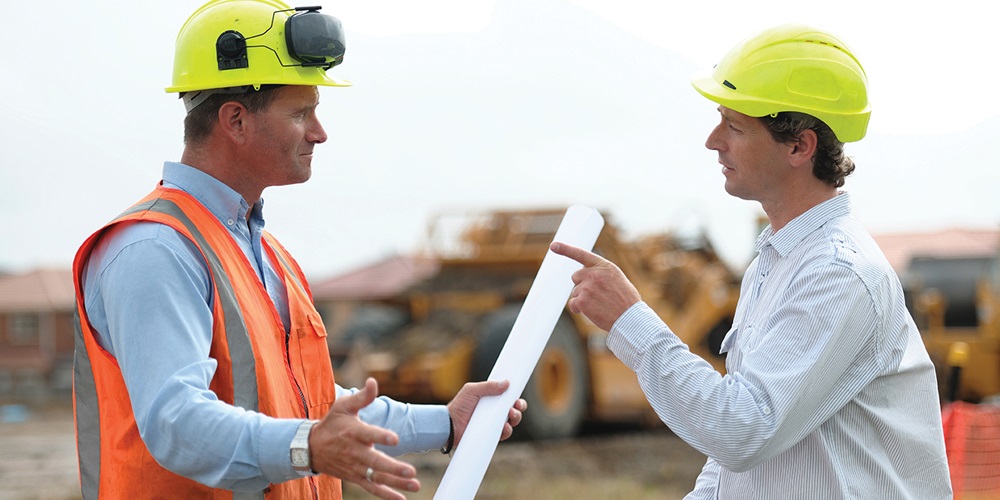 It may be part of human nature that, in times of great annoyance, or simply to gain advantage through intimidation, we turn to the use of threats. An example comes from an old pop song, “Along Came Jones” by the Coasters, where Salty Sam told Sweet Sue: “Gimme the deed to your ranch, or I’ll blow you all to bits.”

We hear coercive language nearly every day. As a practicing attorney, I have received more than the average amount. Some threats are part of growing up, as when a parent tells a child to do something “or else.” But there are threats that, for a variety of reasons, involve public or private welfare to such an extent that the law steps in to protest by imposing a penalty.

In contract law, threats occupy an uncomfortably vague area. Courts do not want to involve themselves every time an owner threatens to withhold payment or a contractor threatens to “walk.” Unseemly emotional outbursts often reflect a very temporary reaction to a problem and do not deserve serious consideration.

As often as not, the threats are not of immediate action but are contingent on something else: “If you don’t drop your claims, I won’t approve a time extension,” or “If my subcontractors don’t get paid, I’ll tell them to stop work.” How seriously can you take these ultimatums? By making a threat, with or without an “if” attached, could you be breaching your contract?

Contract law has something to say about this issue under the heading of “anticipatory repudiation.” This quoted phrase may sound legalistic and odd, but the concept is simple. The law holds that you do not need to wait for an actual breach of contract to take formal action. Where a breach (repudiation) of contract is forthcoming (anticipated), you can treat the expected and predictable future breach as if it has already occurred.

On a school construction project, a subcontractor had to wait nine months before the general contractor (GC) provided enough information to prepare shop drawings. In the meantime, the GC was not responding to the sub’s requests for work area availability, for an updated schedule and a litany of other necessary information. Once the shop drawings were submitted, the GC did not respond to the sub’s multiple requests for approval status. As a result of the GC’s lack of cooperation, the sub was falling behind schedule and could foresee greatly increased costs.

The subcontractor communicated its frustration and its concern about the job’s profitability by sending a threatening letter. In that letter, the sub said that it would do no further fabrication or perform any further installation until the GC agreed on seven conditions. Some of the conditions were not unreasonable: to make the site available and to return approved shop drawings. Others included demands for payment for storage and any acceleration costs. The sub may have been making these financial demands merely to get the GC’s attention and to open negotiations, as the sub never stopped its work.

In response to the sub’s letter, the GC replied with its own letter demanding that the sub withdraw its threat. When the sub refused, the GC issued a default termination and replaced the sub with another. At trial, which took place six years later, the GC recovered from the sub more than $600,000 in excess completion costs. The sub had committed an anticipatory breach.

The court reasoned that “[a]nticipatory repudiation occurs when, before the time for performance has arisen, a party to a contract declares his intention not to fulfill a contractual duty.” Note that the sub not only declared his intention to stop work, but also made demands that were not part of its contract rights, such as a pre-agreement to future costs. For this part of the sub’s threat, the court found that “[r]epudiation occurs when a party has attempted to avoid its obligations by advancing an ‘untenable’ interpretation of the contract, or has communicated its intent to perform only upon the satisfaction of extra contractual conditions” [Mometal Structures Inc. v. T.A. Ahern Contractors Corp. (E.D.N.Y. 2013)].

“Declaration of intent” not to perform

A major issue arising in these contract “threat” cases is over whether there was a “positive” declaration of intent. The old rule was that the declaration of intent not to perform contract duties had to be unequivocal to be a breach. So, any “if” or “unless” in the threat fell short of the standard and was not considered to be a repudiation of the contract. This rule has changed.

The current rule is that the declaration (statement) “must be sufficiently positive to be reasonably interpreted that a party will not or cannot substantially perform” [Restatement (Second) of Contracts]. In addition, the present rule is that “language that under a fair reading ‘amounts to an intention not to perform except on conditions which go beyond the contract’ constitutes a repudiation” (emphasis added).

This new standard is looser than the old one and, as a result, makes its application somewhat more uncertain than before. What constitutes a “sufficiently positive” statement not to perform? When does a demand for more money “go beyond the contract”?

For you, as an electrical subcontractor, the rule forges a double-edged sword. You have to be careful in making threats of nonperformance to the GC, particularly when made in writing. You also have to be careful how you treat threats from your own sub or supplier or from the general contractor.

In one case, an owner told the contractor that, unless it dropped its claims for delay damages, the owner would withhold final payment. A court ruled that this “unless” threat was not sufficiently positive to be a breach of contract that would justify the contractor abandoning the job. As the time for final payment had not yet occurred, the owner had time to reverse its stance.

It would be glib to state that contractors should never make threats, especially because sometimes they are effective. What can be said with some assurance is that judges do not look kindly on threatening letters and conduct. Generally, every contract has an implied condition on the parties of good faith and fair dealing. That being said, one side’s absence of good faith does not excuse bad conduct from the other. You should at least consider the downside risks of sending the blistering letter before you find yourself having to defend your aggressive, coercive position in court.