The Omnibus Spending Bill Is Good News for Electrical Contractors 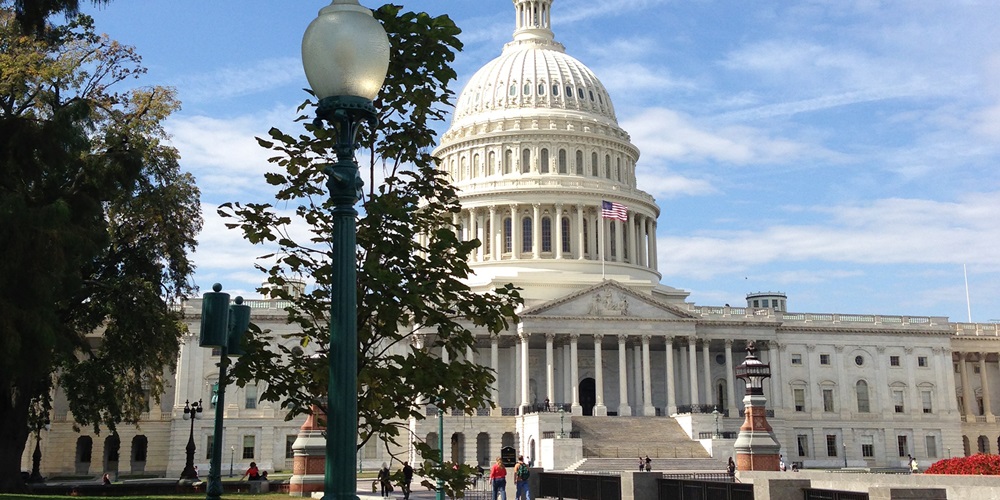 On March 23, Congress passed, and the president signed, a $1.3 trillion federal spending bill. It keeps the federal government open for the remainder of the fiscal year and contains portions that may be favorable to electrical contractors.

"There is no such thing as a perfect piece of legislation, but this is pretty good," said James Farrell, manager, government affairs, NECA. "There are a number of NECA priorities in this bill, which we have been working on for several months, and the bill came together as a result of a very open process in Congress."

"This bill makes some serious investment in infrastructure spending, and this means a lot of opportunities for electrical contractors," Farrell said.

The final agreement provides $70.3 billion in discretionary spending, which is a $12.6 billion increase from the year before.

As relates to the U.S. Department of Transportation, there are $27.3 billion in discretionary appropriations, and $58.9 billion in mandatory appropriations. A total of $45 billion is available for the Highway Trust Fund. The bill authorizes $7.5 billion for the Federal Highway Administration.

"This is a serious investment," Farrell said.

These grants are designed for projects that help achieve national objectives and can include capital funding for municipality and county projects.

"There is also $1.9 billion in funding for Amtrak, which will translate into some much-needed infrastructure investment," Farrell said.

In addition, $250 million is earmarked for the Federal-State Partnership for State of Good Repair grants.

"This funding will address critical rail investments nationwide and on the Northeast Corridor," he said.

Additional infrastructure funding is made available to the U.S. Department of Defense. In specific, $10.1 billion ($2.4 billion above the FY2017 level and $308 million above the Trump administration's budget request) will be available to fund 201 military construction projects. This includes funds for large and small construction and renovation projects on domestic and overseas military bases.

There is also $885 million available for major and minor construction projects associated with Veterans Affairs (VA) hospital replacement and scores of projects to improve access to VA hospitals, Farrell said.

For the U.S. Department of Commerce, $301 million is available for the U.S. Economic Development Administration, which supports brick-and-mortar projects in economically distressed communities, including the expansion of smart grid and broadband infrastructure.

In addition, $1.2 billion was provided to the National Institute of Standards and Technology (NIST), part of which is earmarked for the NIST Manufacturing Extension Partnership, a public-private partnership, part of which is designed to support cybersecurity initiatives.

Furthermore, the General Service Administration will be able to spend $9 billion from the Federal Buildings Fund, which provides funding for construction, repairs, cleaning, utility costs, security and other maintenance costs of federal buildings.

"This funding is long overdue," Farrell said. "Funding is also in place for the construction of new federal courthouses, which will all translate into jobs that contractors can bid on."

"All of these numbers translate into jobs that electrical contractors can bid on," he said.

There is also much in the way of new funding for technical and vocational training. The U.S. Department of Labor, for example, receives $295 million for its Veterans Employment Training (VETS) Program, which will give veterans access to job training and other services. Another $2.8 billion is earmarked for workforce training programs. These funds are distributed by formula to states and localities to meet each state's unique job training and re-employment needs.

"All of these numbers translate into jobs that electrical contractors can bid on." —James Farrell, manager, government affairs, NECA

An additional $1.7 billion is made available to fund the 126 Job Corps centers, which represent the nation's largest career technical training and educational programs for youth. Approximately 95 percent of Job Corps students end up attaining industry-recognized certifications. And, $145 million (an increase of over 50 percent from FY2017 funding) is earmarked for apprentice training programs.

The U.S. Department of Education receives $1.2 billion for career and technical education state grants. Farrell said many of these training programs may not directly benefit electrical contractors.

"However, it is always good to encourage training and apprentice programs," he said. "It shows that there is a serious commitment at the federal level to not just pushing a four-year college degree down everyone's throat, which was a trend for a number of years. These programs show young people that there are other options."

Overall, Farrell thinks ECs should be happy with the legislation.

"The bill was a very good one for infrastructure investment," he said. "It shows that Congress is taking the president's commitment to infrastructure seriously by putting some real money toward it. In fact, we see this bill as a 'down payment' on an even larger infrastructure bill."