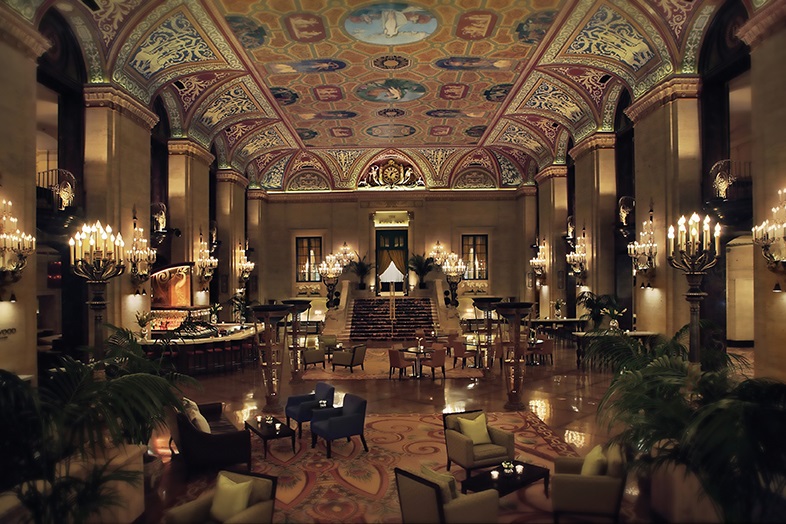 Renovations play a critical role in the long-term, strategic planning of single and chain hotel properties nationally. Upgrades and rebuilds not only extend the life of a hotel property, but they also can boost image, competitiveness and efficiency. More than other industries, most hospitality properties schedule a consistent cycle of improvement projects. And, for electrical contractors working in this niche, it means a constant stream of revenue.

For most contractors, the bulk of the work takes place in more modern hotels that require greater energy efficiency and more low-voltage connection to boost Wi-Fi and cellular links. Sometimes, contractors handle office buildings transitioning to hotels in areas where office work has dwindled and the cost of reusing a building is more attractive than building a brand-new structure.

According to Hammons, hotels typically take on these cosmetic renovations about every six years. Every 12 years, renovation work may be more extensive, including electrical upgrades or safety-related improvements for older buildings. A hotel will undertake a significant renovation every 18 years, which could encompass opening walls and ceilings; changing plumbing; and upgrading heating, ventilating, air conditioning and electrical while an area or the entire building is worked on. Due to the nature of the business, hotels usually must stay in operation during renovations, so they require the work to be completed as unobtrusively and quickly as possible.

In every renovation he has overseen, Hammons said the hotels have remained in operation throughout the project. If a contractor complained about the hassle of working odd hours to get the renovation finished with as little disruption to guests as possible, he told them, “If we didn’t accommodate the guests, we might not be able to afford the project.”

“I’ve done some complicated electrical switchovers in occupied hotels,” he said, adding that it requires communication with guests and skilled contractors who know how to get the work done efficiently with as little disarray as possible.

Continental Electrical Construction Co., Oak Brook, Ill., has completed numerous renovations of historic hotels to recent constructions. Steve Wierema, Continental’s special projects manager, said that guest rooms typically are renovated every six to eight years simply to stay modern and functional, while ballrooms can be every eight to 10 years, and common areas such as dining rooms vary according to use.

“I’ve worked in some areas where I’ve been in there three or four times,” Wierema said, adding that it is because Continental has a long-term relationship with those hotels.

Most of the renovation work Continental has done tends to take place during the January-to-April slow season for hotels. Hotel managers often expect the work done in 20 days or less. For Continental, it is not unusual to have a crew of 20 or more on-site to make this possible, Wierema said.

As technology changes, systems need to be upgraded or replaced. The most frequent changes are in lighting. Hammons said he has seen standard incandescent lamps transition to halogens, to compact fluorescents and now light-emitting diodes (LEDs).

“Energy efficiency is the driving force behind most electrical upgrades,” he said.

Like Hammons, Wierema has found LED lighting installations to be the bread and butter of renovation work in hotels over the past few years.

“From a maintenance standpoint, there’s a huge savings if they don’t have to replace thousands of bulbs,” he said. “The operational cost is lower, too.”

Government and utility rebates also affect renovations, especially lighting systems. Hammons recalled projects in which rebates paid for between 25 and 50 percent of the cost of a full replacement of recessed lighting with LEDs.

In addition, Hammons said a smart hotel owner keeps a close eye on new energy codes at state, county and city levels. Often new mandates can dictate the kind of lighting and the amount of load a hotel can install during a renovation.

The movement toward Wi-Fi and cellular connection improvements is another source of revenue for contractors and a repeating series of projects for hotel managers. Usually, when a hotel already has a project underway that requires opening walls or ceilings, those low-voltage upgrades are done together.

“I’ve seen a lot of Cat 5 and 6 and now fiber optic cable going in,” Hammons said.

A trend for the Hilton and Hersha has been installation of more substantial wiring, setting up what Hammons called an electrical nervous system to provide wireless connectivity for features such as door locks, occupancy sensors, and heating and cooling control systems. In that way, hotels can monitor conditions in any given room wirelessly and remotely; thereby, for example, someone can correct a heating issue in a guest’s room using a tablet or PC rather than physically entering that guest’s room.

Wierema said boosting low-voltage connectivity is a major source of work for Continental in hotel renovations. High-speed Internet in each room and cellular coverage in meeting areas or banquet halls, in which thousands of people may want to place their calls at once, is forcing hotel owners to repeatedly upgrade their connectivity.

Many hotels also are installing banks of LCD or LED monitors that display news, weather and information about meetings.

Formulating plans with the contractor

Planning and preparation don’t just net returns in rebates, but also ensure smooth operation through tricky territory. For this reason, planning ahead is mandatory for hotel renovation projects, and hotel companies often spend much more time on the planning than the actual work.

Most commonly, Hammons works directly with the general contractor but calls in the subcontractors to help with the design phase.

“I greatly appreciate a contractor who has knowledge of a building I’m working in or the ability to walk into that building and understand what they’re looking at,” Hammons said.

Electrical panels may be unlabeled; wiring may look like a wad of spaghetti, and that, he said, requires a skilled contractor to address. Good planning, he said, helps mitigate a lot of cost down the road, and it enables contractors to work around the logistics of an occupied building.

Most hotels appreciate a contractor that has a good pool of electrician talent, he said. He likes when a contractor has a dedicated staff of electricians who are knowledgeable about that kind of work and will put in the extra hours to do a quality job.

“It’s a huge niche market,” Wierema said. “You get to know people at hotels.”

The hotel owners prefer to work with the electrical contractors, general contractors and engineers they know and trust.

“They want a competent contractor, and they’ll sign up for a few years [of service],” he said.

However, even for contractors adept at this type of work, some projects are exceptionally difficult. Some of the most prominent hotel renovations have been the rebuilds of high-profile historic buildings, such as the 13-floor 21C Museum Hotel in Cincinnati and Oklahoma City’s Colcord Hotel, built in 1910.

One of the oldest electrical contractors in the United States, Kelso-Burnett Co., Rolling Meadows, Ill., has extensive experience in hotel renovations and, in some cases, has worked with the same property management for many decades. The 104-year-old company renovated the nation’s longest continuously operating hotel, Chicago’s Palmer House Hilton, in 2009. The work included major infrastructure upgrades on the Chicago icon; renovation of 14 hotel floors, 54 suites and 125,000 square feet of meeting space; and the addition of retail space, a new restaurant, bars and a banquet facility, said Paul Brown, a vice president and branch manager at Kelso-Burnett Co.

The company provided a staff of six, in two shifts, working continuously while the hotel was occupied. If guests required quiet for a meeting room or banquet, Brown said, the contractors moved their operation until the event was over.

The company renovated the Palmer House’s Potter Lounge, which offered the kinds of surprises you only find in historic buildings. Brown recalled that they opened the ceiling to find there were, in fact, three ceilings above it. The owner selected the ceiling they preferred, and Kelso-Burnett proceeded from there.

One of the greatest challenges was installing lighting that suited the historic appearance of the hotel, such as Italian chandeliers, while coordinating with modern lighting controls. Brown said that system is in place, and the controls are doing what they should.

While it may not have been the case in this project, safety frequently comes into play in older buildings. Hammons pointed to an extreme example in which a new property owner of a historic hotel discovered that all power in each room was plugged into one power strip behind the bed or desk, requiring extensive rewiring.

It’s clear, however, that contractors that establish themselves in the renovation market can succeed even when other markets are down.