Mothballs: The Ins and Outs of Extended Holds 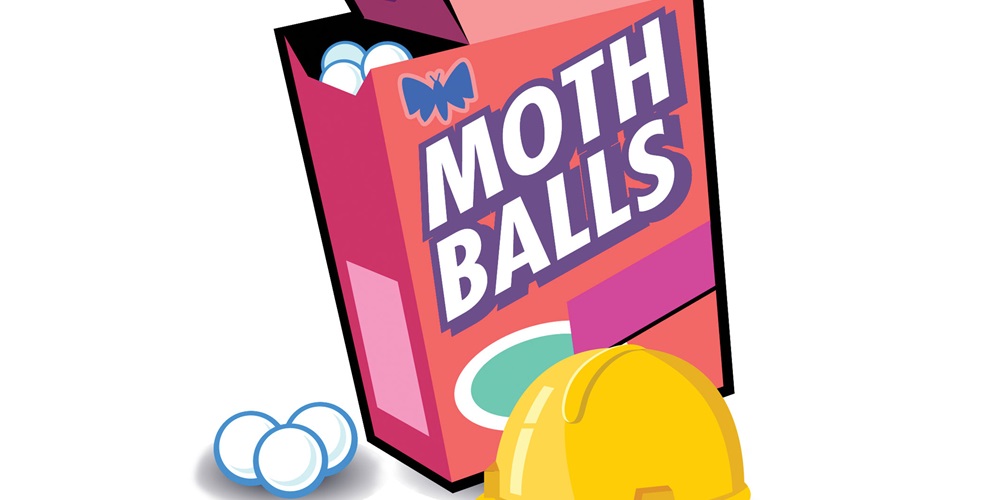 Hundreds of jobs have been “mothballed” or put on an extended hold status. It occurs with home-renovation projects, power plants, marinas, dentists’ offices and automobile manufacturing plants, to name a few. Every case is unique, yet almost all instances eventually boil down to money issues. However, some recurring, nonmonetary-caused mothballing involves environmental lawsuits and radical changes in the owner’s management.

This article analyzes the problems mothballed projects create and suggests options that may be available to the electrical contractor. For those who decide to wait it out when confronted with an order to shut down a job for an indefinite period, this article also proposes a partial checklist of cost considerations.

The legal issue here is not one of a temporary suspension of the work. For contracts with a suspension clause, the owner has a right to stop all or portions of the work, usually with a motivation of making needed schedule corrections. The courts interpret these suspension clauses restrictively; the suspension may only last for a reasonable time, after that the owner is considered to be in breach.

Some contracts go further and state a specific outside time limit (120 days, for example) for the maximum extent of the suspension of work. In such cases, after the limit has been reached, the contractor may deem the suspension to amount to an abandonment or termination of the contract.

In other instances, the owner reserves for itself the power to terminate the contract for convenience. Although this termination for convenience power remains somewhat controversial, it is permissible and is sometimes used as a means, impermissibly, of renegotiating a contract or a portion thereof.

An owner may have been given the power by contract to suspend or terminate the project, but not to put it into an undefined mothball period. Where an owner decides to mothball a project, it is outside the bounds of the written agreement, so additional agreements are needed from the contractors.

The question arises: Why would an owner prefer to negotiate a mothball agreement than to issue a termination for convenience? The most obvious answer is that the owner has in hand a fixed-price agreement and might very well prefer to handle the extended suspension period through the change-order provision of the contract rather than go out for rebid. This conclusion is especially applicable where the work has already progressed before the mothballing decision, and new contractors may only be attracted to finish the work under some form of cost-plus basis.

A group of investors decides to build a four-story office building in a growing area of the city. Plans are created by a competent design team, a reasonable economic forecast is made regarding market rents and loans are secured. After construction begins on a lump-sum contract and the structure is nearing a close-in stage, the real estate market unexpectedly goes flat. The owners know that if the project goes to completion, it will be largely unoccupied and operated at a loss. They want to freeze that stage of construction until the market rebounds.

An established developer has plans for a group of condominiums near a lake. All necessary permits are obtained to meet environmental regulations, and arrangements are concluded for water, sewage and power. These measures take many months.

What the owner missed was the passage of new regulations in an adjoining township, the locale where excavated soils were to be deposited. The contractor’s excavator has its trucks turned away at the planned landfill. The developer faces lengthy political negotiations to solve this problem.

An existing hydroelectric power installation needs expansion. The general contractor places purchase orders for major pieces of equipment and signs contracts with its subcontractors and material suppliers for massive amounts of materials, temporary roads, etc. After some of the turbines are delivered, an environmental lawsuit based on fish breeding cycles leads to a temporary injunction against the project, stopping the work indefinitely.

What are the options?

In each of the above scenarios, there is no owner deceit or wrongdoing, yet the owner cannot or does not find it advantageous to fulfill its part of the bargain. If the owner terminates, or if the contractor considers the job to be abandoned, the owner will face substantial liabilities to its contracting team, including potentially lost profits, for breach of contract or contractual termination costs. Instead, the owner approaches the contractor and asks if it will wait for the cause of the stoppage to be resolved.

If you decide to keep the contract alive and wait, here are some of your cost considerations.

The costs and risks of waiting

• A mothball agreement should have an outside time limit beyond which the contract is cancelled.

• Analyze what your standby costs will be, including lost bonding capacity.

• The mothball agreement should address contingencies for wage and material escalations during shutdown.

• Account should be made for storage costs of materials or equipment purchased, including maintenance of those items.

• Do you need to purchase spare parts for equipment that may be discontinued or changed by the manufacturer?

• Accommodations must be made for warranties of equipment and materials already purchased.

• Your own subs and suppliers must be willing to buy in to this arrangement.

• Determine any physical changes to the site during the standby.

• Have you made accommodations for potential changes in labor agreements, codes or regulations?

• On restart, will the original schedule sequences and durations be kept, or will there be a new plan?

• Does the restart put you into a different season?

• Will the timing of the restart negatively affect other work you are performing at that time?

To fully assess the risks and costs to your company of mothballing a project, it is important to consider the philosophy of the original estimate and what knowledge was gained about the project before it was stopped. For that reason, it would be helpful to meet internally with the entire project team (estimator, project managers, scheduler, financial officer) and then the subcontractors and suppliers to develop a plan.