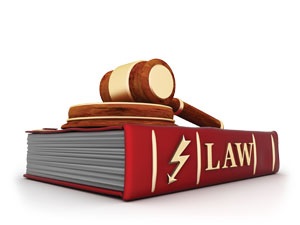 I posed nine multiple choice questions in my September 2011 column. The following are answers and analyses. As you review the problem analyses, keep in mind that, if you gave serious thought to the questions, you have gone a long way to being right regardless of your answer. You should also know that all of these problems come from actual litigation. Ask yourself how you could have avoided the dispute.

1. On an industrial project, the only mention of the types of electrical devices on hydraulic equipment is in the mechanical specifications, and you missed it. The general conditions require that your installation be a complete job.

Analysis: One of the basic questions here is whether a reasonable contractor would have cause to look at the mechanical drawings. If the electrical specifications are silent on the issue, ordinarily there would be no reason to research the entire set of drawings to determine the electrical scope, even though there may be a clause requiring you to deliver a “complete system.” The best answer is C: The wiring is an extra, either for you or the mechanical subcontractor, because the designer had the responsibility for coordinating the drawings.

2. You and the general contractor (GC)are going to submit a joint claim for delays and disruptions caused by the owner. During claim preparation, you discover that the original schedule the GC submitted has serious errors and will not fully support your arguments.

Analysis: It is not uncommon for a GC to make errors when incorporating an electrical schedule into the project schedule. And, it is not uncommon for the project schedule to have errors, either in logic or duration. It is generally advisable to review the planned schedule, whether approved or not, and make corrections before submitting claims. On federal government projects, the False Claims Act may require this correction. The best answer is A: Redraft a new “original” schedule, correcting the mistakes, and base your claim on this document.

3. Each month, you submit a partial waiver of lien form with your payment request. The form acknowledges that, upon payment, you are fully compensated for all work performed through the date of the pay request.

Analysis: Reception in court for partial waiver forms has been mixed. In some of these forms, even retention is waived, which no one really expects. In such instances, some courts have determined that the language of the waiver is ambiguous. In other instances, pending changes are negotiated into change orders after the partial waiver is signed. For this situation, the courts have found there was a waiver of the claims waiver language. None of the answers is necessarily correct.

4. The owner’s terms and conditions, incorporated by reference into your subcontract, state that any litigation can only be filed in state court in Louisiana. The project is in Illinois.

Analysis: An incorporation by reference clause can cause an owner’s commercial terms to flow down to the subcontractor. The exact wording of the incorporation language is critical. Venue (the locale for disputes), choice of law, no-damages-for-delay and arbitration provisions can all flow down. Some courts, however, require additional language in the incorporation clause regarding arbitration rights. Venue is subject to challenge under other principles of law and equity. The better answer is B: The venue selection is binding but not on the locale for filing a lien or a bond action.

5. You are asked to perform work that you are convinced is extra to your contract. When you submit a claim, the GE rejects it and orders you to proceed.

Analysis: The exact language of the changes clause is important. Where a change, approved or not, requires updated data (costs, manpower, etc.), those records may be necessary even for a rejected change order. From a practical perspective, sending updated cost data may induce the other party to talk to you about resolving the matter. The best answer is B: You must keep the GC up-to-date on your added costs even though the claim was denied.

6. A nine-month job has accumulated 45 days of delay, and there is a dispute over who is liable for the delay. The owner tells you that a time extension will not be granted, and you must accelerate performance. Acceleration will cost you more than paying the low per diem that is specified as liquidated damages (LDs).

Analysis: When an owner rejects a legitimate claim for extra costs or time, he may be guilty of a breach of contract. Rarely does such a rejection entitle you to abandon the project. However, if you refuse to perform as directed, the owner may have a right to terminate the contract for default. For delays, the owner may impose LDs, but it does not lose the right to terminate. The better answer is C: The owner can assess LDs and also terminate your contract.

7. A state university is building an L-shaped, nine-story dormitory and has employed a construction manager (CM). Your bid is based, in part, on the contract schedule. Early in the project, the CM changes the schedule so that the two arms of the “L” are now treated as separate projects with the same completion date for both arms.

Analysis: Many changes clauses cover not only changes to the scope of work, but also to the manner in which the work is performed. Converting a schedule into two, interrelated schedules may or may not indicate to you that added costs will be involved, but you should send notice under the changes clause to preserve your rights. Certainly, the best first step is D: You should sit down with your project people and try to imagine what the schedule change might mean.

8. You have two contracts on two rental storage installations. The developer is always short or late on payments; however, the jobs are good, and there is a real opportunity for six or seven other storage jobs with this developer in the near future. You express your concerns about financing, and the developer invites you to a meeting with his banker. At the meeting, the banker says he does not see any problem with money. The developer later defaults.

Analysis: Proof of fraud requires four elements: 1) a representation of facts, 2) that is false when made, 3) and you have reason to believe (sometimes expressed as no reasonable ability to investigate the falsehood), and 4) a loss directly arising from reliance on the falsehood. What are “facts” is at the heart of the proof. Opinions may or may not be “facts.” Projections of future events, such as the availability of funds, may or may not be “facts.” In this problem, is the banker making a statement of fact or of opinion and, either way, is the statement a clear, affirmative one? The best answer is C: The assurance of future financial stability is not a legally binding promise at all, and you are out of luck. By the way, oral promises can be fraudulent, but a confirmation in writing is always helpful.

Analysis: “Course of dealing” is a widely misunderstood legal principle. You may believe that repetitive past practices of the other party create an “understanding” that can vary or nullify an express contract clause, but that is not correct. The concept can be used to interpret a contract, to clarify an ambiguity or even to add a missing term. The written contract, however, cannot be modified or have its clauses deleted because of how the contract was enforced on other projects. In other words, a prior course of dealing does not waive any contract clauses. The better answer is C: The owner always has the right to either enforce or not enforce the specification. However, there may be a basis for arguing for a waiver as indicated in D: Because the owner knew that there was no line item in your invoicing.