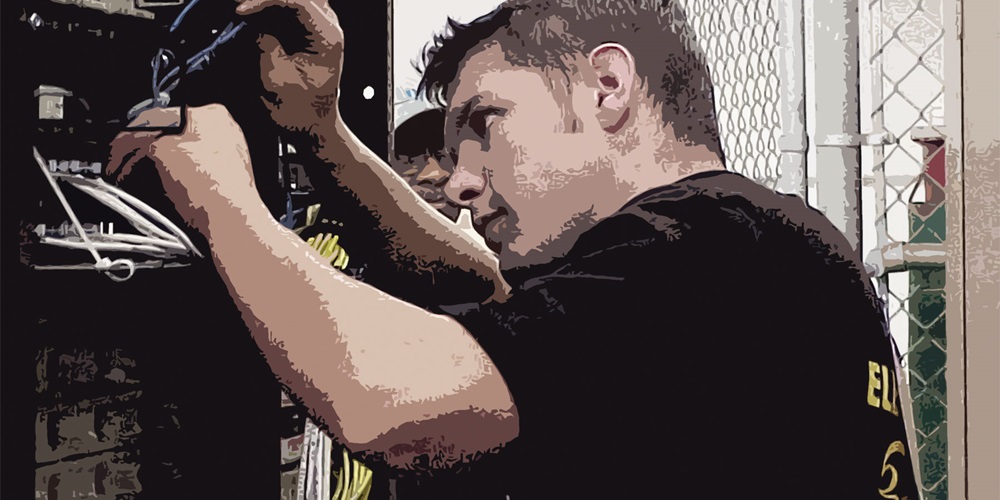 They’ve been discussed, analyzed and editorialized. Popularly known as “millennials” (ages 20–34), this generation numbers some 66 million and has become the nation’s largest labor market. Now is the time for electrical contractors to figure out how to work with a generation that has similar aspirations but different expectations. It’s a workforce integral to the industry’s success as it shifts to technological power delivery and integrative design.

According to “A New Understanding of Millennials: Generational Differences Reexamined,” a 2015 management study by New York-based professional services firm Deloitte Services LP, “It behooves employers to better understand this generation.” Millennials represent a major talent pool, but it’s a group with little apparent interest in the trades. Moreover, Deloitte reports that, while this generation has surpassed all others in four-year-college enrollments, finding gainful employment has been a challenge. Despite that, they are not turning to trade opportunities.

“We have the lowest unemployment rate since 2000,” said Brian Turmail, senior executive director of public affairs for the Associated General Contractors of America (AGC). “Pay rates are going up, some far more than other professions. Yet [construction] firms can’t find the workers to meet demand.”

“The dearth of skilled construction workers in many areas threatens to hold down the extent of job gains in the coming months,” said AGC Chief Economist Ken Simonson in a June press release.

Say you attract millennials to a trade profession. How do you keep them? The answer lies in understanding this generation and the generations after it. How do they differ from baby boomers?

“Human behavior doesn’t change that much over time, but outside influences can shape a generation,” Turmail said.

According to Patricia Buckley, managing director for economics at Deloitte, the goal of the study was to learn more about what drives millennials.

“You hear so many things that millennials think this, do that, have no loyalty to employers, aren’t car buyers and so forth,” she said. “We wanted to look at how this generation was actually behaving as compared to young people in prior generations.”

Turmail agrees with Deloitte’s suggestion of a “customer segmentation” approach when working with millennials.

“You can’t treat them as one, humongous group,” he said. “One key is recognizing the value this generation places in a life/work balance. Their interests beyond work could provide you opportunities to further engage them and individualize their skills in the workplace. For example, someone may be a great project manager and have a side interest at home in film and video. Tap that skill by asking them to video document a project.”

An emphasis on productivity is part and parcel in today’s workplace, and millennials can easily contribute.

“I think the biggest differentiator for this generation is how it’s mastered different communication and information tools,” Turmail said. “They are well-versed in how today’s technology works and its mobility. They do think about how you get information and get it quickly. Those employees that seem to have a marketing interest could really be helpful in the use of social media campaigns and other business development.”

A thirst for learning

“Employers need to figure out how to accommodate, how to plan, how to train a workforce who values education and ongoing learning,” Buckley said. “How do you engender flexibility yet achieve an end-goal of increased productivity? There’s a real need to find new ways to manage. One thing that surprised me in our 2016 Global Millennial Survey was the finding that 71 percent of those likely to leave their current employment in the next two years were unhappy with how their leadership skills were being developed. They want to know management cares about their future.”

The report discovered loyalty is shown to an employer that can offer ample support and training to those wishing to take on leadership responsibility and leader positions.

“The behavior of millennials is more subtle than headlines might suggest,” Buckley said. “The Fed conducts a consumer finances survey every three years. People owning cars has bounced back, which counters the often-voiced stat that millennials are not car buyers. So a change as the economy has improved. I’m reading reports where home buying is on the rise for this generation, as well. Once they get out of their parents’ basement, so to speak, they are ready to participate more freely in the economy. We are seeing less job change, too.”

Turmail suggested work expectations and opportunities should be understood from both the employee and employer perspectives. He described millennials as having a vested interest in the work they perform. They are drawn to a culture of innovation and are eager to make a difference.

“It’s more than a paycheck for them,” Turmail said. “They will work hard but appreciate when employers recognize work as a two-way street. Look to them not just to do their job but ask for their help. Tap their strengths. For instance, they can coach you on new technologies. They also like researching things. Let them find solutions to a difficult installation, be it an innovative approach or available technology they might just find on YouTube. That’s one search avenue you may have not considered.”

Organizations work it through

The National Electrical Contractors Association (NECA), in concert with International Brotherhood of Electrical Workers (IBEW) are on board in wanting to sync today’s workplace to new generations. The NECA Los Angeles County chapter (NECA/LA) and IBEW Local No. 11 are using the Net Zero Plus Electrical Training Institute outside Los Angeles to bridge millennials’ expectations to a future in electrical contracting. By employing the Net Zero Plus initiative, students train to transform existing and new buildings into high-performance and net zero, meaning they produce more energy than they use.

“We’ve had a lot of people come in and talk to us and our instructors about the general differences in a millennial workforce and the baby boomer generation,” said David Nott, apprentice coordinator for NECA/LA. “You have to adapt to the workforce you’re given and make the workplace conflict-free across age groups. Contractors that have done this have success stories to share. I would add, millennials going through our training program are as motivated as anyone, but they learn differently.”

Nott cited some examples from his apprenticeship program. He finds millennial-age students can show others the value of a mobile tablet over a pager; construction-related apps on a mobile phone; and demonstrate using Excel spreadsheets to save time in capturing data, inventories and so forth.

“Their comfort with technology allows them to easily acclimate to changes in the electrical contractor’s world, such as the increasing use of advanced lighting controls,” Nott said.

In tweaking how the institute teaches, Nott added a learning track exposing instructors to different learning traits based on age.

The institute has added four hours of course work on financial planning, where students learn how to balance a checkbook or put money away for savings and retirement.

“These are important soft skills as we observe millennials living for the moment,” Nott said. “For some, what they earn as contractors is far more than they’ve earned in the past and without the need for college loans. Mentoring through money management is something we think would [be a] benefit.”

Deloitte suggested deeper retention tactics such as housing-purchase assistance programs or credit and home ownership counseling. For millennials that are changing careers or returning to the workforce, student debt may weigh heavily. For those dealing with debt, a value-added asset to their jobs could be advice on next steps. Plus, financial mentoring is one way to build a sense of community between employee and employer.

Finally, look at how this generation is comfortable with online learning. For NECA/LA, some apprentice homework is computer-based. Class notifications are online as is students’ reporting of their hours.

“Our apprenticeship program is dually represented by IBEW and NECA,” Nott said. “So, as we advance how we teach and what we teach, we confer with both organizations. NECA contractors learn of our changes and how we train and take note for their shops. Their own shared observations working with millennials also helps inform how and what we teach. Delivering constructive criticism so it’s heard constructively is one example.”

Sometimes the biggest selling point in keeping millennials engaged is pointing out your company’s successes. Look for the projects that make headlines or those that engage in technology, alternative energy, or lighting used to promote health or productivity. Millennials want to go to a job where they take some ownership and have an influence. Nott said students often have no idea the impact electrical contracting can have on society.

Want to keep reading about this topic? The November 2015 issue of Electrical Contractor featured “The Fight Against Invisibility,” which offered strategies to attract millennial jobhunters and break the paradox of ample trade jobs but few qualified workers. Stephen Carr wrote about employing and working with millennials in his February and March 2016 estimating columns.