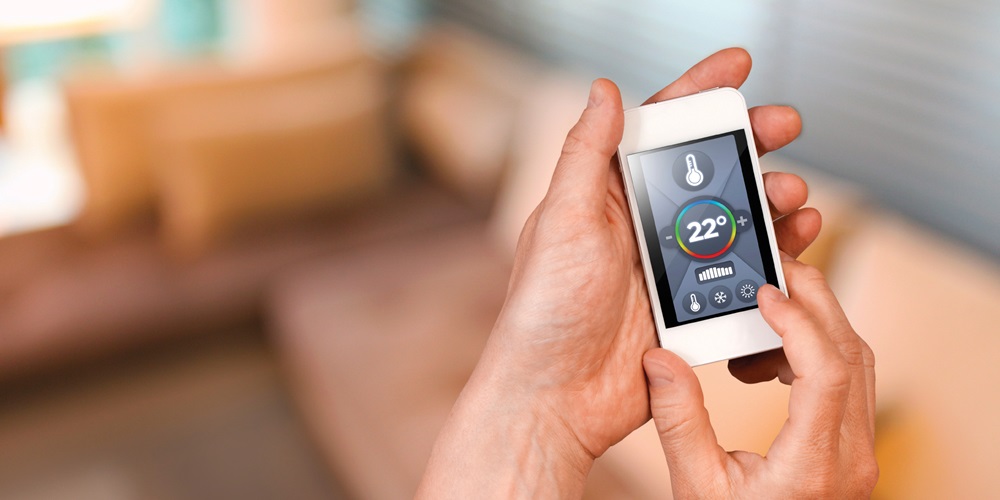 Residential demand-side management (DSM) programs aren’t a new concept. As far back as the 1970s energy crisis, electric utilities had programs enabling separate rates for customers’ water heaters (which was then a typical home’s biggest energy user). But the return rarely lived up to the investment, and, as energy costs eased, few homeowners wanted the hassle for only a few dollars in monthly savings. However, the latest generation of smart thermostats could change this equation— a possibility several electric utilities have begun to explore.

Since those first experiments, most utilities shifted their DSM programs to commercial and industrial facilities. These larger customers had much higher usage rates and rate structures with demand charges that incentivized owners to reduce peak-period usage. For example, dimming aisle lighting and setting back refrigerator-case temperatures 1 degree in one supermarket can save as much energy as employing the same measures in multiple single-family homes.

Now, though, DSM managers have an easier entrance into the residential market with the use of Internet-connected thermostats, and startup third-party aggregators are lining up to aid utility efforts. Even some device manufacturers are partnering with utilities to offer their products at a discount in return for the ongoing income they can earn overseeing DSM programs.

“Customer choice” is the signature catchphrase in this latest generation of residential DSM offerings. The programs build on the “bring your own device” movement, which has workplaces allowing employees to use their own laptops and airlines streaming entertainment to passengers’ iPads. With electricity-based central air-conditioning systems being the biggest energy hog in today’s homes, these new programs tout the benefits of “bring your own thermostat” designs.

This new business model, according to Brett Feldman, a senior research analyst with energy market-research firm Navigant, is “more of a retail channel, so customers can buy their own thermostat and then sign up with utilities.”

It is especially timely; high-end smart models are beginning to dominate the thermostat market. According to “Winning Smart Home Strategies for Energy Management,” a recent report from market-research firm Parks Associates, thermostats already account for more than 40 percent of the nearly 10 million thermostats sold in the United States and will top 50 percent of all sales by 2017.

“Many utilities have promoted smart thermostats as part of their home-energy-management initiatives,” said Tom Kerber, Parks Associates’ research director for home controls and energy. With most of these products being sold through retail channels, “opening utility programs to include the variety of different types and brands of devices is an important consideration.”

As with commercial/industrial DSM programs, third-party service providers are doing much of the participant recruiting and setback management for the new residential offers. These companies, including Nest and Honeywell, contract with a utility to provide an agreed-upon level of demand reduction through remote setbacks of customers’ thermostats. To ensure customer satisfaction, providers don’t simply adjust thermostats upward when a demand-response event begins. Instead, they use sophisticated data analytics to anticipate an event and pre-cool or dial up the thermostats over time to minimize the perceived impact of a less-active air-conditioning system on homeowners.

“It’s not like it’s just a set period,” Feldman said, describing how today’s high-tech residential DSM programs function. “It’s more like it can … respond to the conditions in the house. It can gradually change the temperature over time, so the homeowner won’t notice.”

As Internet connectivity has expanded to included plug-in appliances, utilities have begun to look beyond the thermostat to window-unit air conditioners. These devices supply up to 58 percent of all U.S. air conditioning, according to the U.S. Energy Information Administration, so they are obvious targets for demand reduction.

A pioneering effort in this market has been underway in New York City—home to an estimated 6 million window air conditioners—for the last two years. Con Edison and ThinkEco have partnered to reduce window air-conditioning demand during peak-demand events. Participants can use ThinkEco’s smartAC retrofit kit or buy a new Frigidaire Cool Connect window unit with built-in ThinkEco technology and earn rebates and gift cards for each event in which they participate.

The future appears bright for residential DSM efforts, especially as they build off of the success of smart-thermostat energy-efficiency rebates that have been around almost since Nest launched its flagship thermostat in 2011.

Nest claims savings of up to 15 percent over standard devices. The smart thermostats have proven effective. Now that more manufacturers offer thermostats with Internet connectivity, utilities and their regulators have begun to see a double benefit to encouraging customers to install the devices.

“They can be used for demand response and energy efficiency,” Feldman said. “It can be a cost-effective way to meet multiple goals.”