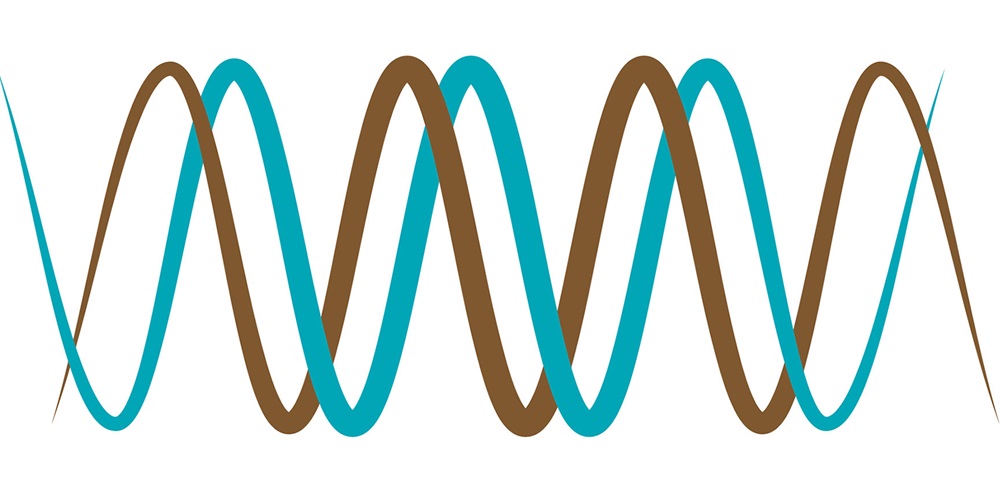 In my April column, we took a detailed look at applying Kirchhoff’s voltage and current laws to rms voltage variations, such as sags and swells. These laws apply to virtually all electrical circuits influenced by different PQ phenomena, including harmonics, interharmonics, transients and noise. However, the math gets much trickier, and we usually try to avoid anything other than simple arithmetic in these articles.

As a quick reminder, Kirchhoff’s voltage law states the sum of all of the voltages developed by generators or consumed by loads in a closed loop should equal zero. The current law states the sum of all currents at a node equals zero. In the sag and swell examples, we were using the assumption that the current causing the variation in voltage primarily consisted of the fundamental power-frequency component. The impedance of the source and the loads were also based on the fundamental power frequency. The impedance at other frequencies, including the harmonic, interharmonic, transient and noise frequencies, follows that method for only purely resistive source and load impedances.

Such a scenario is pretty much confined to textbooks. The real world adds inductance and capacitance, both of which have impedances that are frequency-dependent. As the frequency goes up, the impedance of an inductor gets larger for the same inductance value. For a capacitor, it’s the opposite, getting smaller as the frequency goes up. That’s why most filters are made of a combination of inductors and capacitors in various shunt and parallel configurations. For example, a 1 microfarad capacitor connected in a parallel configuration between the line and neutral conductor will have 1.6 ohm impedance at 100 kilohertz (kHz), which makes it a good diverter of noise by keeping it from getting into or being emitted from a load. The same capacitor at 60 Hz is nearly 3k ohms and not useful for suppressing but good as a storage of energy.

Any measurable length of wire will have an inductance value and resistance. Two wires next to each other will have a capacitance between them. From the generator to the load, these values are not a constant, as wire sizes, insulation types and wiring configurations change. This is too much math without help from specialized software programs.

Too make it more complex, the nonlinear loads that cause the harmonic currents that lead to harmonic voltages normally change the shape of the current waveform to respond to load changes in the equipment power. That means the harmonic spectrum changes. Take a typical adjustable speed drive (ASD) in an elevator control system. When the elevator is not moving, the harmonics and their amplitudes are different from when the elevator is accelerating or slowing.

At a large bulk-mail-handling facility, the 7th harmonic changed so much during an energy-efficiency upgrade program that it resonated with the power factor capacitors and caused one to blow up monthly.

If that wasn’t enough, the phase angle relationship of the harmonic component to the fundamental frequency component is also changing. If there are two similar loads that are connected to the same node or junction point, the 11th harmonic current of one load may be 180 degrees out of phase with the harmonic current of the other. Even though there is significant harmonic current from each, they could sometimes cancel each other out at the node and add or double the effect other times.

These frequency-dependent and varying impedances is why the old power triangle method of watts on the horizontal leg, reactive power on the vertical and apparent power on the diagonal doesn’t work anymore.

What is useful in many situations is to isolate the most dominant harmonic components and treat each one as a separate circuit analysis. In most systems, it’s the 3rd, 5th, 7th, 11th and 13th that make up most of the harmonic power. We can observe that the flat-topping of the voltage waveform is likely caused by the 3rd harmonic current’s contributions from single-phase, nonlinear loads, such as computers, printers and other IT equipment. The addition of a large HP ASD that has a six-pulse converter as its power source can cause another visible waveform distortion, referred by some as the double hump camel, as its loading increases.

Harmonic filters designed for one situation may not be effective if the harmonic content changes. At a large bulk-mail-handling facility, the 7th harmonic changed so much during an energy-efficiency upgrade program that it resonated with the power factor capacitors and caused one to blow up monthly.

As for transients, the key is to make the circuit’s high-frequency impedance as low as possible. One of the most destructive transient situations is a lightning strike that is conducted into the electrical infrastructure because the impedance of the lightning protection was not designed or installed for the high-frequency, high-energy lightning transient. The high-frequency impedances of the typical electrical systems are also why transients, except lightning, rarely have significant magnitudes except when close to the source. If measuring transients that are 25-50% of the nominal peak waveform, you usually don’t have to look far to find the offender.

It’s not Gustav Kirchhoff’s fault that we now have circuits that make using his laws quite challenging, except for the simpler models for sags and swells, which are, fortunately, the most common PQ problem.