Is It A Bird Or A Plane? Cardinal Change 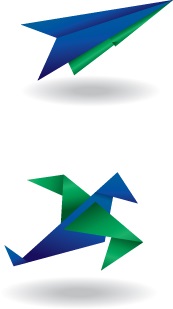 There may not be a “typical” changes clause for construction contracts, but most contracts have something giving the right to the owner or general contractor to order changes. Each of these clauses will have variations regarding written notice, time extensions, paperwork requirements, etc. All of them, however, have one common element: the change must be within the “scope” of work of the original contract. What does that limitation mean?

A simple example would involve a general contractor’s directive to an electrical subcontractor to perform plumbing work. Because plumbing is outside your electrical scope, you are not required, by contract, to perform this change. Even if the change remains within the electrical discipline, there may be a “scope change” (for example, if the contract requires you to install lighting in one building and the owner then wants you to do the same on a second building).

The concept of scope change is fuzzier in real life. In one case, the contract called for the installation of electric-powered HVAC units. After contract award, there was a design change to gas-powered units. The court ruled that the scope—installing HVAC units—had not changed. Similarly, adding to or deleting from work that was originally planned normally does not amount to a change in scope (see “Dealing With Change,” ­Electrical Contractor, May 2012).

There are times, however, when contract performance has been altered so drastically from the time of award that a contractor feels that the whole concept of the work has changed. Imagine a $1 million contract that, through change orders, grows to $10 million, or a project that has 500 change orders to account for faulty drawings, or a design modification that makes a seven-story building into nine stories.

With monstrous alterations to the original scope of work, a contractor may be hard-pressed to account for all of its extra costs. Making matters worse, the base contract may have express limitations on home or field office overhead recovery, and those limitations may be insufficient to accommodate the effort for the new scope.

The hard questions become: To what extent can the owner (or general contractor) modify your contract work? Is there a point where the changes are so dramatic that it can fairly be said that the original concept has been abandoned? At what point can you say: “This is not the job I bid, and I am not going forward anymore”?

These questions lead to the legally murky concept of cardinal change.

What is a cardinal change?

Defining the concept may be a start, if a good definition could be found. Here are some attempts:

• “A cardinal change occurs when one party affects an alteration in the work so drastic that it effectively requires the contractor to perform duties materially different from those originally bargained for.” Rumsfeld v. Freedom NY, Inc.

• There is a cardinal change where redesigns “alter the nature of the thing to be constructed.” Aragona Constr. Co. v. United States

Examples applying these definitions are as follows: a change in backfilling methods on a civil works project (Peter Kiewit Sons v. Summit Constr. Co.); the addition of a hospital wing which expanded construction costs by a third, or deleting an entire building from a multi building contract (General Contracting & Constr. v. United States); imposing 1,000 changes on an equipment procurement contract, making it essentially a development contract (Air-A-Plane Corp. v. United States).

When comparing the two aforementioned definitions to the case examples, one may find the definitions and the cases do not fit easily.

Before you come to the conclusion that your other contracting party has breached the contract by indulging in a cardinal change, you may want to compare your circumstances with an important case on this subject.

Luria Bros. & Co. v. United States was decided by the federal court of claims in 1966 and remains a guideline in this area of law. The project was an airplane hangar, and by the sum of all of the following parts, the court held that the changes were “cardinal”:

Analyzing these facts, you will see a combination of the following:

Underlying this analysis is the idea that the owner came up with a new concept for construction that affected a basic and substantial aspect of the contract.

Can you use the theory?

The theory of cardinal change arose out of federal government contracts. It has been used for nongovernmental cases but typically under a different name, such as “abandonment of contract” or simply “breach.” In either forum, federal or state, the theory has proven difficult to use except in the most extreme cases, but it is an accepted theory.

A cardinal change is a breach of contract of such magnitude that it effectively voids the contract. As such, a contractor who can prove entitlement to this approach can seek recovery for its total costs, regardless of any contract limitations (e.g., no damages for delay, unit price allowances, a specified overhead mark-up, etc.).

Because a cardinal change voids the agreement, the contractor is not obligated to continue to perform. It can rightfully stop work and seek compensation for any work that was performed. Of course, the dangers to a contractor taking this route are immense. As a result, the cases generally involve either a contractor who is suing for recovery of damages after completion or a contractor that stops work because it is financially or administratively unable to continue.

For electrical contractors, it is important to have a basic knowledge of the ideas of scope change and cardinal change. In the event that you are confronted with major design modifications, either as a single change order or by cumulative effects of multiple changes, you should revisit this summary and consider whether you have options outside the printed clauses of your contract.