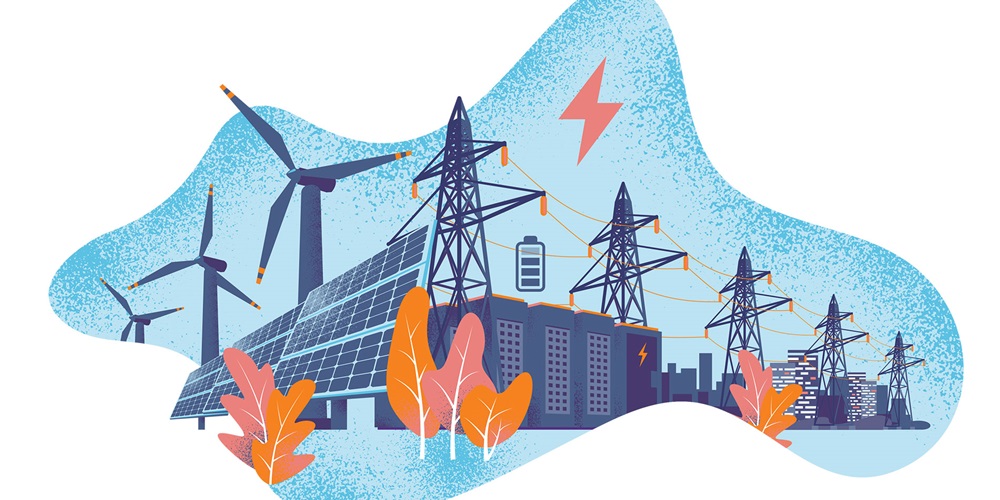 Funding for improved electricity transmission figured highly in every iteration of the infrastructure legislation, with good reason. Regional transmission organizations and independent system operators (ISOs) managing wholesale grid operations have been clamoring for years for shorter lines to bring more renewable energy onto their grids and longer, interregional lines to carry those green electrons across the country.

But money is hardly the only hurdle new transmission projects face and maybe not even the most significant. Regulatory siting-approval issues tie large numbers of transmission ventures up in knots, bringing attention to possibly the most important agency many Americans have never heard of: the Federal Energy Regulatory Commission (FERC). The agency recently changed leadership and is pursuing the need for expanded transmission capacity on several levels.

FERC regulates transmission and wholesale sales of electricity and natural gas in interstate commerce, along with oil pipelines that cross state lines. It has attempted to address transmission bottlenecks before, notably through its Order 1000 in July 2011, which was meant to spur new transmission development to support renewables’ growth. Results have fallen short of expectations, leaving power generation developers in the lurch, as noted in “Queued Up,” a May report by the Lawrence Berkeley National Laboratory (LBL) in California.

LBL’s researchers looked at queues of proposed generation projects waiting for interconnection agreements and how many were completed or withdrawn for five ISOs. These agreements require a system-impact study to outline the new transmission equipment or upgrades that might be required for generators to connect to the system, along with who should pay for the equipment. Across the five ISOs, only 24% of projects proposed between 2000–2015 had reached commercial operation by the end of 2020.

In total, the LBL team documented more than 5,600 projects seeking grid interconnection at the end of 2020, representing more than 755 gigawatts (GW) of generation and an estimated 204 GW of storage. The overwhelming majority of the generation projects were either solar (462 GW) or wind (209 GW). This 771 GW represents more than half of the estimated 1,100 GW of wind and solar capacity needed to approach a zero-carbon electricity target.

The roadblocks in current transmission and interconnection efforts have prompted calls for a more centralized approach to generation and transmission planning, which could be seen as running counter to historically local regulation by the state or county.

Order 1000, along with the Energy Policy Act of 2005, attempted to address this issue by enabling the U.S. Department of Energy to designate bottlenecked regions as National Interest Electric Transmission Corridors. FERC would have authority to site transmission lines in those areas. However, that authority was knocked down by the courts in 2011 almost as soon as FERC began acting on it.

Attempting to readdress siting and cost-allocation issues, FERC put out an advanced notice of proposed rulemaking—i.e., an effort to gather information from stakeholders regarding whether new rules are in order—in July. The notice sought comment on potential reforms in three areas:

“You’ve got to solve the siting and you’ve got to solve the planning, solve cost allocation and then the fourth aspect of making a robust grid work is to allow people to interconnect with it,” said former FERC chair Pat Wood III during that presentation. “This is the time. There is no climate plan that is serious if it does not envision a significant interregional transmission upgrade [compared] to what the grid is we have today.”