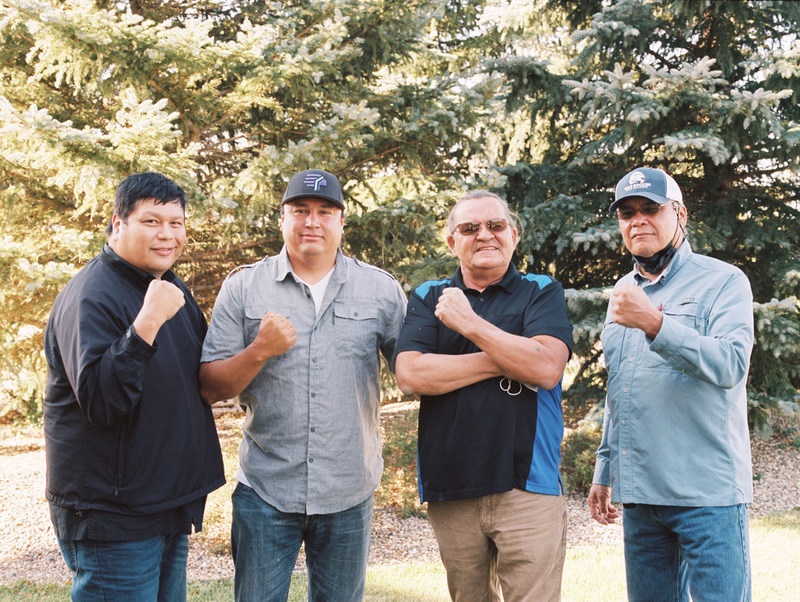 Formerly known as the Covenant Tribal Solar Initiative, IEI’s relaunch kicked off Native American Heritage Month and serves as a historic moment for tribal communities, according to the press release.

A history of energy inequity

Many tribes have faced inefficient energy infrastructure, high energy costs and lack of funding for decades, according to The Guardian. On Native reservations, 14% of households have no access to electricity, 10 times higher than the national average, according to the Energy Information Administration. The COVID-19 pandemic has heightened the energy gap, economic disparity and other inequities facing Native Americans.

“There’s a saying, ‘heat or eat,’” said Otto Braided Hair Jr., tribal member, traditional leader of the Northern Cheyenne Tribe and co-founder and executive director of IEI. “[Families] sometimes have to decide whether to eat this week or turn the heat on.”

“There are discriminatory energy practices that go on in Indian Country,” said Cheri Smith, a descendant of the Mi’kmaq Tribe, and IEI co-founder and CEO. “People are paying three times more for energy. This is happening in 2021.”

Unlike one-off solar projects, which often don’t have funding or trained personnel to keep them running, IEI plans to train Native community members on renewable energy, ensure the systems are maintained and provide jobs.

A path forward for energy sovereignty

Many reservations are spread out over vast distances, often far from a utility grid, according to the Rocky Mountain Institute (RMI).

“With the cost of extending utility distribution lines to remote locations as much as $60,000 a mile, it is often cheaper to power the remote homes with solar energy and battery storage,” RMI said.

Native communities are increasingly turning to renewable energy, which can provide electricity and green jobs that can create “energy independence from often exploitative, non-Native-run utilities,” according to the IEI press release.

“Energy is a trillion-dollar industry,” said Bob Blake, citizen of the Red Lake Band of Ojibwe, founder of Solar Bear and Native Sun Community Power Development and IEI advisory board member. “Renewable energy development represents a pathway out of poverty for Native American tribes that is in line with our cultural values.”

“Solar systems use the sun’s energy to produce energy, electricity, heating, whereas fossil fuel actually destroys the environment,” Braided Hair said. “To destroy the environment is like destroying our identity.”

So far, IEI has helped the Northern Cheyenne reservation install several solar projects. The reservation received a $4 million grant through the Department of Energy to build 2 megawatts (MW) of solar in 2022—a 1-MW utility-scale array, a commercial array and 15 residential arrays.

For over 20 years, Henry Red Cloud of the Oglala Lakota Sioux Tribe, founder and executive director of Red Cloud Renewable and founder and owner of Lakota Solar Enterprises, has provided solar training for Native community members, called Solar Warriors, which can kickstart a career in renewable energy.

“We’re in conversations with others; tribes are knocking on the door, but it’s all funding dependent,” Smith said.

“This is exactly the kind of infrastructure that is needed to get anything done,” Smith said. “To have this happen at scale, federal investment is absolutely required.”

It may cost about $1.5 million a year for each reservation to administer solar systems, Smith said. IEI is working to fundraise and establish a solar foundation, educate Native communities on renewable energy and the necessary upkeep and develop Native policy experts who will work to expose the discriminatory practices of big energy suppliers that affect tribes all over the country, she said.

“It will be a project at a time, a tribe at a time,” Braided Hair said. “It’s not going to happen overnight. We’ll need to work at the speed of each tribe.”

“This has to be by Native people for Native people to work,” Smith said. “Solar can be just as extractive as any other industry. The goal is to keep 100% of the money spent on energy in the community.”

A just transition will take a long time for all tribes, however.

“We are intervening in a broken system,” Smith said. “But an hour after the first switch is flicked on one of these systems, you’ll see an improvement. For every tribe we begin to work with, within a couple years they’ll see marked differences in their energy system. This builds an economy; the effects are instant.”