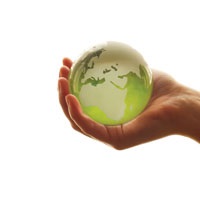 This title was borrowed from a book that I read about life in prerevolutionary China; in it, the good earth is the source of life that sustained the main character. How does this relate to power quality? In some parts of the world, “earthing” is used synonymously with “grounding.” Though the earth is not naturally the source of the electricity, the good earth is nonetheless an important aspect of the quality of the electrical supply. Like the book, it is subject to interpretation, depending on the person and the application.

With regard to the electricity distribution, grounding systems and equipment are used to limit the voltage imposed by lightning, line surges or unintentional contact with higher voltages; stabilize the voltage to earth under normal operation; and establish an effective fault current path that can safely carry the maximum fault current with sufficiently low impedance to aid the operation of overcurrent devices under fault conditions. The most important application is increasing protection from shock and/or damage.

carrying conductors, namely Ohm’s Law (voltage = current × impedance) and Kirchoff’s Laws (sum of the voltage drops around a closed circuit equals zero, or the sum of all currents at a node equals zero). As illustrated in the October 2006 column, typical wiring systems are not adequate when lightning strikes, since the tens of thousands of amperes can result in thousands of volts that can damage not only equipment plugged into the circuits, but the circuit devices themselves.

The grounding can affect the quality of the supply as well. There are a number of statistics floating around the industry indicating that many power quality variations occurring within customer facilities are related to wiring and grounding problems. It is estimated that these problems account for up to 80 percent of all a facility’s power quality problems. However, data supporting these numbers is difficult to come by. Some of the power quality and safety-related things to look out for in the wiring and grounding include bad connections, missing grounding (safety) conductor, multiple bonds of grounding-to-grounded conductor (neutral-to-ground connections), ungrounded equipment, additional ground rods, ground loops and insufficient size of the grounded (neutral) conductor.

But one should separate the aspects of grounding that are relative to safety versus proper operation of equipment. Without a connection between the equipment-grounding conductor and grounding (safety) conductor, a fault in the equipment from the phase conductor to the enclosure can elevate the touch potential of the enclosure and would result in a very hazardous condition that would not trip the breaker or fuse. Multiple bonds of the neutral (grounded) and grounding conductor provide multiple paths for the return current to flow. This can cause an elevated touch potential and misoperation of protective devices and equipment.

However, having a ground impedance between the equipment ground and the earth that is less than a specific ohm value isn’t an absolute requirement for all electronic equipment to operate properly. If that were the case, then every airplane and ship would have to have a long-trailing wire connected to it. What is very important from a power quality aspect is that all of the equipment-grounding connections be at an equipotential, sort of a level playing field. This is not just at the fundamental power frequency, but also at any of the harmonic and noise frequencies that are present, since Ohm’s and Kirchoff’s Laws apply to them as well. If there is no differential voltage between two points, then no current will flow, there wouldn’t be any ground loops, no different voltage levels on communication circuits and so on. Achieving this in some facilities might be a challenge, especially when there has been an evolving of the electrical infrastructure.