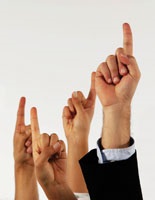 Government contract bidding and negotiation are complex processes. Competitive bidding is the dominant model used to make labor and material selections for the majority of government construction projects. Competitive bids can bring about multiple challenges over the question of who has the lowest qualifying bid—the lowest bid that contains the necessary scope of work, materials and labor.

The competitive bidding model still dominates the government construction landscape. The purpose of competitive bidding statutes is to create a transparent and fair competition among all bidders. The idea is that all the bidders should be on an equal footing, while allowing the public contracting authority to obtain the lowest qualified bidder.

Competitive bidding practices aim to eliminate favoritism and corruption as factors in the awarding of contracts. Efficiency and minimizing costs are emphasized in awarding government contracts in this manner. In an attempt to achieve this equalization and fairness, approvals lists often are produced for projects, listing all their elements.

Despite good intentions, the competitive bidding process can create controversy and litigation. Subcontractors and contractors placing bids on competitively bid projects are rightfully worried about their bids being thrown out as nonresponsive. Bidding competitors often will try to have others’ bids rejected on any grounds they can.

One way for a bidder to have a competitor’s bid thrown out is by claiming that it didn’t include all elements of the project as part of the pricing. Many subcontractors and contractors try to keep their bids low by excluding certain aspects of the contract. They optimistically hope the work they have excluded will be covered by a change order later in the construction process.However, it often doesn’t happen that way. Sometimes the bids are rejected. Often, these types of change orders are rejected during construction, so the successful bidder ends up having more responsibility than anticipated. Not clearly outlining the scope of work included in a bid can cost a contractor a lot of money when change orders are not authorized because the additional work should have been properly included in the original bid.

Bids that fail to respond to the scope of the project can be rejected as nonresponsive. Sometimes, bidders include various assumptions in their bids. For example, a disclaimer might state, “We will assume that the engineer will allow work at night,” or, “Unless clarified by an addendum, we assume a change order will be written to perform this work.” Placing limitations, such as these, in a bid may render it nonresponsive and ineligible for award of the contract.

If a bidder doesn’t clearly state in his bid what he does and does not intend to provide, his bid may be thrown out as nonresponsive. In addition, bidders may lose money on change orders that the owner will not sign off on because the original bid should have included the requested work the contractor is now claiming as additional.

The simple approach to this problem is to include all elements of a project as part of your bid and then to aggressively include bid conditions limiting the scope of the bid. However, the simple approach may present complex difficulties in actually winning the contract. The trick is finding the right balance between ensuring you obtain enough work and limiting exposure to possible losses.

This article is not intended to provide specific legal advice but, instead, as general commentary regarding legal matters. You should consult with an attorney regarding your legal issues, as the advice you may receive will depend upon your facts and the laws of your jurisdiction.