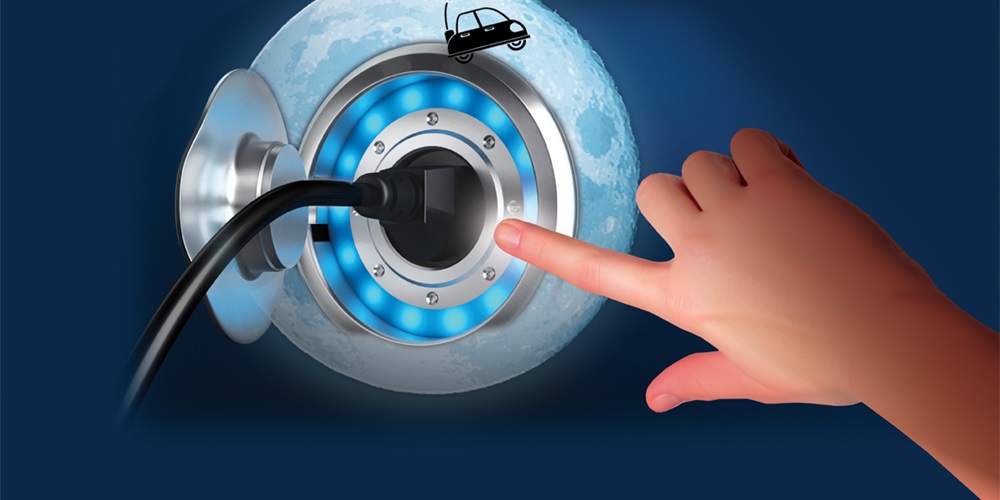 We’re now more than a year into the release of the first two major players in the electric vehicle (EV) market—Nissan’s all-electric Leaf and Chevy’s hybrid-electric Volt, and results so far are decidedly, well, undecided. In the first half of 2012, sales figures were aiming toward the basement, but second-half results shot upward. Some regulatory changes in California, the nation’s biggest EV market, certainly helped, but sustaining this upward trend depends on a number of factors that may keep prognosticators guessing for the next several years.

During 2011, year one of the modern EV age, carmakers sold almost 18,000 Leafs and Volts, according to the Electric Drive Transportation Association. In 2012, manufacturers more than doubled that figure, reaching more than 52,000, and several companies joined Nissan and Chevy with either all-electric or hybrid-electric models. Toyota started shipping its plug-in hybrid Prius in February, and the all-electric Ford Focus hit showroom floors in May. Mitsubishi launched its “i” electric vehicle in April, while Honda started leasing its all-electric Fit in July. Tesla ended production of its high-end, $100,000-plus Roadster and introduced its more moderately priced (approximately $57,000) Model S.

Granted, even these improved sales are a drop in the bucket compared to the total of 14.5 million cars driven off U.S. lots during 2012. A September Pike Research report forecasts annual EV sales will rise to approximately 400,000 by 2020, about the number of F-Series pickups sold by Ford in a year. But it is encouraging to the companies making the charging equipment needed to keep EVs on the road. In fact, researchers at Frost & Sullivan anticipate 4.1 million charging points will be installed in North America by 2012, as even more manufacturers enter the EV market and current makers seek to broaden their product portfolio.

This isn’t entirely good news for electrical contractors, though, since more than 70 percent of these chargers are anticipated to be Level 1 AC devices, which simply plug into standard 110/120V household outlets. Unless the homeowner lacks any outlet at all in his or her garage, contractors will see little business from these buyers. With a Level 1 charger, an EV owner may be able to completely recharge their battery overnight. However, it may not be enough for buyers of electric-­only EVs—battery-electric vehicles (BEVs), such as the Leaf —but could be just fine for Volt owners. These hybrid electric vehicles (HEVs) can use gasoline to extend the car’s range up to 300 miles or more when battery power runs out.

Giving the market a boost

Government support remains a critical element in getting more EVs on the road across the range of hybrid and battery-only technologies now in dealer showrooms. The upfront cost of an EV is just so much higher than that of traditional cars with high-efficiency ratings; therefore, tax breaks and other incentives remain a vital element in consumers’ financial calculations.

“EVs are more expensive than conventional vehicles; therefore, the federal government is granting customers as much as $7,500 in incentives to purchase an EV,” said Prajyot Sath, a research associate with the market-research firm Frost & Sullivan, who noted a range of additional benefits at the state and municipal level.

“There is a need to continue the funding for another four to five years for the market to stabilize,” Sath said.

Federal money also is backing charger installations in 16 cities through a U.S. Department of Energy program called “The EV Project.” Drivers and commercial property owners in these cities—located in Arizona, California, Georgia, Oregon, Tennessee, Texas, Washington and Washington, D.C.—can qualify for free Blink chargers from ECOtality, the project manager for the effort, along with available installation assistance. The company recently partnered with PECO and PSE&G, the Philadelphia area’s electric utilities, to bring the program to that region, as well.

While tax credits and other financial supports are helpful, nonfinancial benefits also are providing a boost to EV sales. For example, Volt sales surged in California, where buyers are responsible for 50 percent of all EV purchases, when Chevy’s engineers made some tweaks that enabled the vehicle to qualify for the highly valued high-occupancy vehicle (HOV) sticker. With these changes, rush-hour drivers now can use reserved HOV freeway lanes. Californians make up 33 percent of Volt buyers, up from only 10 percent, according to GM reports.

Batteries are a major factor in an EV’s added cost. While they share a name—lithium-ion (or Li-ion)—with the batteries powering your laptop, most are an entirely different chemistry, explained Jeff Chamberlain, leader of Argonne National Laboratory’s Energy Storage Initiative. The name only describes the type of ion (in this case, lithium) used; so, while Li-ion batteries share a common ion, the chemicals used to create their anode, cathode and diode can be very different.

However, any Li-ion product will perform differently than the nickel-metal hydride (NiMH) batteries powering standard-version hybrid EVs, such as Toyota’s original Prius. These vehicles use battery power for acceleration, while relying on gasoline to maintain cruising speeds, and they recharge their batteries by capturing the energy created in the braking process.

“What you need there is a high-power battery, and, at the materials level, there’s a difference between supporting power and supporting energy,” Chamberlain said. “Nickel-metal hydride is very good at that.”

With today’s plug-in EVs, however, designers are concentrating on energy density rather than energy release, so drivers can maximize their mileage between recharges. This is just the kind of materials-science problem that researchers like Chamberlain and his team dream about, and their work with new chemistries that can hold more energy—and do it more efficiently—is advancing quickly. Both of these factors are critical to increasing a vehicle’s range.

Volt owners, for example, currently only have access to 60 percent of their new car’s battery energy, Chamberlain said. The batteries’ capacity to recharge fully can degrade with time, and manufacturers don’t want their customers to experience this change as a decline in performance. By limiting a driver’s range early on, the automakers have created a buffer to reduce range expectations.

“The life of the battery can fade the first few years, and you’ll never see it,” Chamberlain said.

The new materials ANL is developing are more stable, he added, so future consumers will be able to access more of their batteries’ capacity, allowing greater range without having to add even more batteries to a vehicle’s sticker price.

“A company like Intel is working on two or three or four generations of chips at the same time,” Chamberlain said, adding that automakers typically introduce a vehicle and then spend several years evaluating driver data before thinking about that car’s next model redesign.

“They’re not doing that with EVs. They’re working on at least one generation of vehicle ahead and maybe more than that. They’re realizing that, as the chemistry and battery technologies evolve, they need to be able to leap on that,” he said.

The incentives now promoting the installation of EV chargers are driving a lot of today’s commercial charger sales. This means a small number of companies, including ECOtality and Chargepoint, are doing quite well, while other makers, including Siemens and Eaton, are a bit sidelined until incentive dollars run out. On the residential side, consumers seem to be waging internal cost-versus-convenience arguments, especially those with gas-assist vehicles like the Volt, with batteries that can charge up faster than those with battery-only models, like Nissan’s Leaf.

“I can’t justify the expense of a Level 2 charger,” said Chamberlain, a Volt owner himself, describing his personal struggle with frugality. “But it’s irritating not to have it in the house.”

And Chamberlain’s not alone, according to his Argonne colleague Ted Bohn, a principal research engineer with the lab’s Advanced Powertrain Research Facility.

“If your car is parked for eight hours, your car’s going to charge up,” Bohn said, adding that this is why more than half of Volt owners depend on Level 1 AC equipment. Bohn sees big changes coming, though, once standards writers work out the details on a new Level 1 DC connector, which could speed up an 80 percent charge time to 15 to 20 minutes.

“Level 1 DC charging is going to transform the industry a lot,” he said. “I could be refilled by the time it takes me to go in and get a sandwich.”

Also on the horizon are new submetering technologies that will allow easier connection to, and communication with, advancing smart meter capabilities. Bohn spends part of his research time developing new equipment that will be able to split out an EV’s electricity use from the rest of a household’s demand much less expensively than is currently possible, with a total bill of materials as low as $20. State public utility commissions already are looking toward the day when the batteries of grid-connected EVs can be used as yet another electricity resource during peak-demand periods.

“In California, it’s mandated that you have submetering, because [EVs are] considered a low-carbon resource,” he said, adding that special rates might apply to the electricity drawn from a car owner’s vehicle. Just where that submetering might take place, though, is still up for grabs, he added. “It could be on the vehicle, it could be in the house, it could be on the meter,” or, possibly, in all three locations.