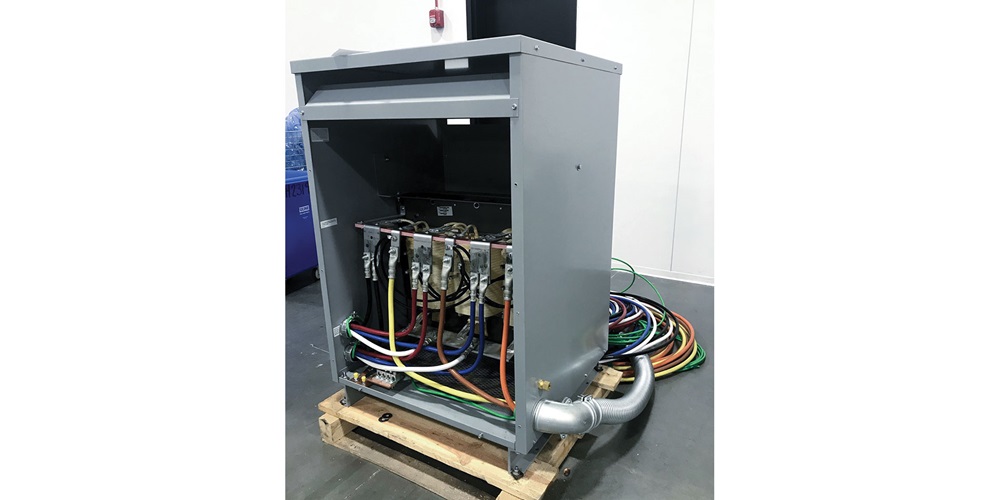 The campus, located on approximately 13 wooded acres in Northwest Washington, D.C., features a structure with towering glass-enclosed courtyards that are being transformed into student common areas to become the heart of day-to-day school activities.

The building was constructed in the mid-1980s and incorporated innovative design elements for energy efficiency. The renovation modernizes the complex, updating existing and implementing new energy-efficient strategies.

The project includes 200,000 square feet of art and athletic space including music rooms, a recording studio, performance hall and black box theaters. The school also will have residential dormitories with 200 rooms and 400 beds.

Described as a “global learning community” with another school in Shenzhen, China, the Whittle campus is designed to accommodate 2,500 students from three to 18 years of age. According to promotional information, the curriculum will focus on core academic subjects, student-driven projects, and off-campus learning opportunities. The anticipated opening is fall 2019.

Rosendin is the electrical contractor for the project and is installing the fire alarm system. Headquartered in San Jose, Calif., employee-owned Rosendin is celebrating its 100th anniversary this year. The company has 16 offices and more than 6,000 employees, providing electrical and communications construction and engineering services throughout the United States.

“While the architecture is atypical, it has posed no significant design issues for the electrical work,” said John Seger, Rosendin project manager. “Issues that had to be addressed mostly were budgetary. This is a design/assist project, and Rosendin was hired before the electrical design was completed, enabling us to review constructability before work started and provide cost information to work within the framework of the owner’s available budget.”

Though the team has encountered no design issues, every project poses safety considerations, and this building exposes workers to some challenges.

“Each floor is surrounded by glass walls creating multistory atriums of open space, so use of lifts is greatly limited,” Seger said. “And its location is in a very busy urban environment with tight spaces. “

Because of these considerations, Rosendin has involved a full-time safety team throughout the project.

General contractor Turner Construction and other trades on the site raised specific safety concerns, and Rosendin uses a safety app its own IT team developed.

“This tool allows our project team to perform job-site safety audits; hazard identification; and take and submit pictures on issues identified and copy the entire project team, including the GC and other trades,” Seger said. “Using the safety app allows the team to quickly address and resolve any safety concerns or hazards and track corrective actions so that everyone is up to date on the status.”

In addition, Seger said, Rosendin personnel has extensive lockout/tagout (LOTO) training and worked through the demolition, specifically in the interior of the building, to install the new electrical distribution system. LOTO was especially important on this project due to the required removal of more than 30-year-old electrical equipment and batteries that remained from the former occupant of the building.

“We’ve saved schedule time on the project by being able to do tasks off-site and ahead of time in order to limit the duration work takes on site,” Seger said. “Our overall goal is to finish areas ahead of schedule. Prefabrication ensures consistency and quality and provides a safer work environment while reducing on-site waste.”

Currently 80 electricians are on-site, but the number varies with stages of construction. Seger said the keys to efficiently completing this project are communication, cooperation and teamwork.