Determining Power Savings: Examining the energy use for three buildings 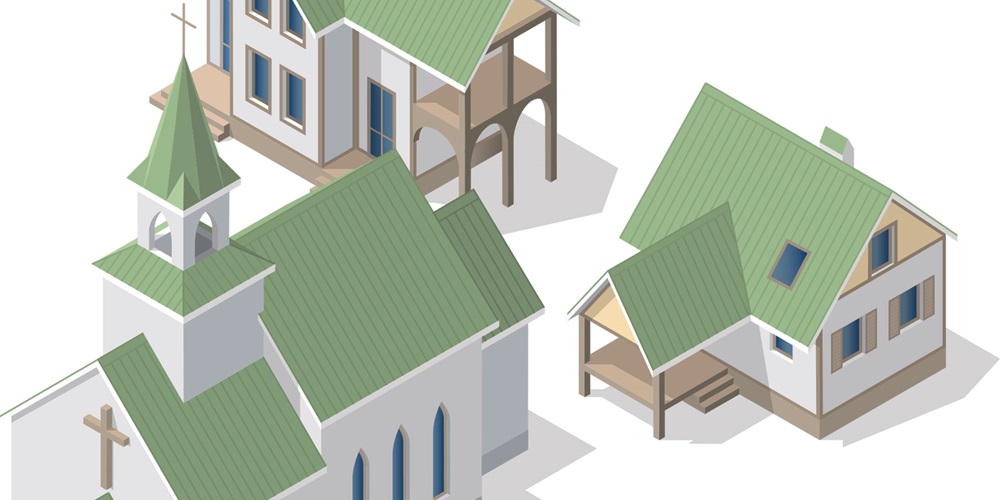 An overwhelmed person asked me for help solving a problem she was assigned but had no background in. She was tasked with reducing the electric bills for a church/meeting building and two parsonage dwellings (residences A and B). As is the case with many houses of worship in today’s tumultuous world, revenue is down and expenses are still going up. Lured by the promise from third-party electrical energy suppliers of a “lower-kilowatt energy rate,” the three facilities were switched over several years ago to a distribution company that wasn’t part of the local electric utility.

Back in January, someone advised this woman to change energy providers and look into solar energy as a means to save on monthly expenses. Due to a clerical mix-up, only the church/meeting building and Residence A were switched back to the local electric utility. To make the matter more confusing, Residence B—which hadn’t changed back to the local utility—had been vacant for six months and then reoccupied in the spring.

Trying to determine what the actual savings were and would occur if all three had been switched over was a nightmare. No one had explained that there are different billing processes with a third-party distributor in the mix, nor that a commercial building has a demand and energy calculation that goes into the bill. Societal charges, seasonal adjustment rates and different rates as various levels of kilowatts and kilowatt-hours are crossed were also added in.

With all these things to factor in, how could this volunteer with no such knowledge be expected to accomplish their goal?

The first step was to put all the data for the past two years into a spreadsheet. This was complicated, because many of the months had estimated bills due to the pandemic. After three or four months of estimates, the first real reading bill would show either a huge balance due or a credit, based on the estimates’ accuracy.

The goal is to determine how much is paid for how much actual power and energy is used. One would think this should be simple to determine, but it is only slightly easier than understanding the IRS rules for income tax filing.

We started with the residential dwelling, the easier scenario. The bottom line was the average dollars per kilowatt-hour (kWh)of energy used each month over a year. There was enough data to do so for the two dwellings: Resident B had only the third-party supplier and Resident A had switched back to the local supplier. This is strictly dollars per kWh and gets rid of all of the different charges for different usage levels, generation fees, transmission fees, auxiliary costs and so on.

It was the lower cost per kilowatt-hour that the third party was touting, but—when all the local utility charges that are computed differently under such scenarios were added in—it was 25% more than the local utility’s total cost per kWh. This is likely not the case in all situations, so each one should be evaluated.

The commercial billing for the building that housed the church and meeting rooms is different and far more complex. The typical person doesn’t know what a demand charge is or how it is computed. One way to look at it is what capacity must the electric supplier have to meet your peak need for electricity. If everyone’s peak need occurred at the same time, the generating and transmission capacity would have to provide it without overload. So they charge for that reserve capacity even when it is not used.

Most 8–5 operations use much more power in the day than during the night. Monday morning, when dormant equipment starts up, can have even larger demands. In simple math, most electric utilities look at the largest kilowatt usage over a 15-minute interval to determine the demand level. One facility I dealt with ran almost entirely on self-generation. For part of a day, they shut all their generators down to do maintenance and relied entirely on the local utility. That one period caused a demand number that was hundreds of times higher than the normal demand from the utility, penalizing their monthly bill for a year or more.

The church scenario is similar, but it occurs each week on one day for two hours—the Sunday service. The rest of the time, there is limited lighting and HVAC use for occasional meetings and office staff. That’s a disproportionate ratio of the demand measured in kilowatts versus the energy in kilowatt-hours. Hence, a provider with a lower demand rate charge relative to the energy charge would likely save them the most money over a year.

For this building, the third-party supplier was the better choice, as the total bill was significantly less. There wasn’t much opportunity to reduce the demand level as there is in many industrial and commercial facilities.

Next month, we will examine the solar aspect for savings.