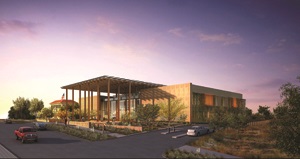 The federal government’s many agencies commonly accept the design/build project delivery method advantages, but it’s still a select number of contractors that win these projects. The trend may change as federal agencies further accept design/build and the number of knowledgeable contractors increases.

For government agencies, design/build use has been uneven in recent years. The method may save money in the long run and reduce project time, but it also requires payment up front. For such agencies, funding may or may not be immediately available.

If the money is in place, the benefits are obvious—the design/build method provides owners with a single point of responsibility, reduction in change orders and project length, fewer changes in costs, and, typically, higher quality work. It also reduces risks. With design/build, a single group of contractors is responsible to a single owner for both the design and construction of the improvement, and for electrical contractors, it means being able to provide input from the onset.

“The contractors we use have a proven track record. They’ve done this kind of thing before, and we’re able to evaluate their past performance,” said Leslie Shepherd, General Services Administration (GSA) chief architect.

In the case of each contract, Shepherd said, he would expect his design/build team to be on time, on budget and prepared to provide services needed in a collaborative way.

“We wouldn’t be doing as many of these design/build projects if it wasn’t going well. We see real excellence from our contractors,” he said.

The GSA’s recent projects include the complex in Seattle for the U.S. Army Corps of Engineers and courthouse buildings in Billings, Mo.; Bakersfield, Calif.; and Yuma, Ariz., all of which began in 2010 or 2011.

However, the GSA’s design/build projects are not limited to large jobs either.

“We could do a roof replacement as design/build or a lighting retrofit,” Shepherd said, adding that sometimes a large courthouse construction project might use the traditional bid/build method. “It’s a matter of whether the funding is in place.”

According to Alan W. Martin, management consultant at Alan Martin and Associates, a business consultant, instructor and speaker for the National Electrical Contractors Association’s Management Education Institute (NECA-MEI), once design/build jobs are awarded, a contractor’s success depends as much on attitude as experience. Martin pointed out that many “old-school” contractors think of themselves as being in the electrical business. That attitude won’t always work with government customers who need more than just the electrical installation; they need continual support and collaboration.

“Electrical contractors are not in the electrical business. They’re in the service business,” Martin said.

“Contractors often center themselves [on] the estimator,” Martin said, while marketing is just as important up front. “You’re selling a service for a design/build project. You can’t just be technically oriented. You have to be marketing-oriented.”
Martin added that he urges contractors to increase their diversity of experience; for example, he said you should employ staff with engineering backgrounds in information technology (IT) or solar installations.

Martin said any contractor seeking to venture into the competitive design/build environment needs to consider a proactive strategy rather than reactive, seeking and resolving solutions to problems the customer may have and seeking out the customers in some cases.

“Every company has to have some form of sales and marketing,” Martin said, adding that those who implement a marketing plan and proactive approach may find themselves doing more business in a recession economy than they were when the economy was healthy.

Knowledge is also important. Contractors must instill confidence in prospective customers who are unfamiliar with design/build processes, and education is one method to overcome objections. Education is the top priority for the Design-Build Institute of America. Lisa Washington, DBIA executive director/CEO, has made more training available for federal owners who wish to learn more and to contractors who may not have a great deal of experience.

That’s important since, “the more sophisticated owners get, the more they look for contractors who use best practices. They want the kinds of companies that can demonstrate their knowledge with design/build certification,” said Richard Thomas, vice president of legislative affairs for the DBIA.

The design/build and government relationship

All federal agencies are authorized to use the design/build process, he said, but the actual utilization varies widely among the different agencies. Work performed by the U.S. Department of State and the Federal Bureau of Prisons is almost 100 percent design/build, while the GSA has been closer to 20 to 40 percent of projects using design/build instead of traditional bid/build methods. Some other agencies, such as the Department of Agriculture, are using more of it, Thomas said.

Across many agencies, the recent years have seen some decline in the design/build trend. The Veterans Administration has had the least presence with very few projects using the project delivery method.
However, the overall trend is still upward. Congress passed a bill that encouraged the GSA to use more design/build.

Thomas still sees snags for those wishing to implement more design/build projects. Often local governments contact the DBIA indicating they would like to use design/build methods but are loathe to jeopardize the funding from federal agencies.

At the state level, trends are moving toward more design/build projects. In fact, the process has been authorized in every state in some form, Thomas said. For example, Ohio hadn’t reformed its construction laws in 134 years but did so in 2011, enabling the use of design/build.

“And we know more local governments are looking at it now,” he said.

However, most states limit the authority to use design/build either by the cost of the project or the type of construction.

A case in point

Electrical contractor Truland Systems Corp., Reston, Va., undertakes many federal projects in the Washington, D.C., area and has spent years in the design/build sector. Truland has found that the percentage of federal design/build projects has been on the decline since 2011 from about 40 percent two years ago to about 33 percent, according Brian Brobst, Truland’s vice president.

Some of that decline is due to the completion of the Base Realignment and Closure (BRAC) bill of 2005, which appropriated funds for the Department of Defense to relocate or consolidate military functions and close some bases. Under BRAC 2005, the Army Corps of Engineers and the Naval Facilities Engineering Command (NAVFAC) proceeded with numerous construction projects, and most of them were delivered using design/build processes.

“This was partly driven by the aggressive schedules needed to complete construction by the Sept. 30, 2011, deadline mandated by the BRAC bill,” Brobst said.

With BRAC complete, the overall number of military construction projects has dropped. Meanwhile, Truland is seeing more design/bid/build projects led by the Army Corps of Engineers and NAVFAC.

Truland recently completed the Census Bureau headquarters, which was a GSA project. However, the percentage of design/build contracts that the GSA issues has historically been lower than the percentage that the military issues.
“Under the American Reinvestment and Recovery Act, we did see the GSA issuing a few more design/build contracts, but, as with BRAC 2005, those projects have been awarded and completed,” Brobst said.

Currently, Truland is working on the central utility plant at the Food and Drug Administration’s White Oak Campus in Silver Spring, Md.—a two-year project with an electrical value between $15 million and $20 million.

“Before that project began, we finished up new construction of two large training facilities at Fort Lee [Va.]. These were part of the BRAC 2005 action,” Brobst said.

Using the kind of proactive approach Martin urges for contractors, Truland was able to increase the owner’s ease of future modifications on the White Oak central campus by suggesting alternative equipment to increase flexibility. The campus requires power at the student workstations in classrooms.

“If power was installed using typical pipe, wire and outlet boxes, there would be little flexibility. To avoid this, we proposed a modular power bus to serve each workstation. Now, if there is a need to move workstations, the wiring is simply disconnected from the power bus and reconnected in its new location, allowing for much more flexibility,” Brobst said.

Truland has dedicated in-house resources for its design/build projects, employing two professional engineers and two designers who work exclusively on such projects. That group supports a team of more than 15 CAD designers who not only generate drawing packages, but also perform building information modeling of the company’s electrical layouts.

“We have a rigorous quality-control program that ensures that the work is consistent across our team and across our projects and that it goes through several levels of review for completeness, compliance with codes and specifications, and responsiveness to the stated requirements,” Brobst said.

In contrast with government design/build projects, private-sector projects allow Truland more latitude in terms of proposing alternative materials and equipment to get the customer better performance, lower cost and greater ease of maintenance. Brobst said this is partly because, in the private sector, the authority to decide whether the product or configuration Truland proposes is acceptable resides with the owner, the owner’s representative or the owner’s resident engineer. Generally, the litmus test for materials or equipment to be accepted by the owner is proven performance elsewhere and compliance with local building codes.

On private-sector projects, there are fewer standards for design and construction, such as the government’s Unified Facilities Criteria, which limit the number of project elements that can be considered for alternative design or product substitution.

Another case for design/build

Dayton, Ohio’s Chapel Electric Co. LLC, has had a presence at Wright-Patterson Air Force Base for decades, and most of the larger projects have been design/build, said Joe Meyer, Chapel project manager. Currently, the company is installing the first phase of an IT complex that includes a Department of Defense Supercomputer Resource Center, operated by the Air Force Research Laboratory and the Aeronautical Systems Center’s Simulation and Analysis Facility. Chapel provided its services along with prime contractor Messer Construction, also in Dayton.

The $27.2 million project also includes about 105,000 square feet of additional office space. The supercomputer center comes with the capability to operate at 8 megawatts (MW) with ability to build out to 12 MW. It also includes four transformers with two pads for future transformer installation.

Chapel Electric joined the design process on this project in 2010 and completed the construction in May 2012. Each project’s manager and design/build team, with support from the CAD department, oversees Chapel’s design/build jobs, Meyer said. As project manager, Meyers said he reviews drawings as the development proceeds, providing input together with other contractors. The most important asset the team has, Meyer said, is the main office staff and CAD office that provide the backup his team needs throughout the design process. Drawings are uploaded on a Microsoft Sharepoint site.

Other Chapel design/build federal projects have included the base hospital with general contractor Turner Construction and the National Air and Space Intelligence Center with Monarch Construction in Cincinnati, a $17.3 million contract for Chapel to provide electrical for the addition known as the Intelligence Production Complex in 2008.

Typically, all projects begin with just a request for proposal and a wish list from the government.

“You have to read carefully through the verbiage of what the government would like,” Meyer said, adding that you also have to work collaboratively to meet that wish list.