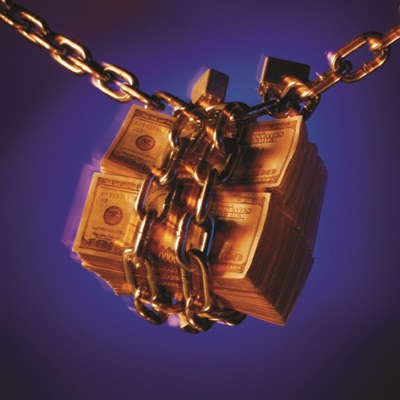 Family fairness—who should get what?

OWNING AN ELECTRICAL CONTRACTING BUSINESS IS HARD enough without thinking about your own mortality. Succession and estate planning force you to face both family and business conflicts. Who will take over, and how will you leave your children an equitable share of your assets? For parents who desperately strive to love their children equally, dividing personal and business assets is a nightmare.

What is fair? Who deserves to get what? Do you owe your heirs anything? Who will run the company, and who is entitled to own stock? What will happen to your legacy? If these questions make you want to sell the company to the first person who walks through your door with a check in hand, you are not alone. Even with the best intentions, business owners create resentments and conflicts among family members. It seems that the more they try to be fair to everyone, the more conflicts arise.

The first issue you have to settle is the question of entitlement. The historical concept of a birthright simplified questions of inheritance. Generally, the family patriarch bestowed his wealth upon the firstborn male child. In many cultures, fathers also passed their trade or craft to their sons.

Such a system would make estate and succession planning decisions much simpler today, considering nearly 90 percent of family businesses do not survive the third generation. Perhaps a review of the concepts of fairness and equality are in order before decisions are made that inevitably erode family relationships and ruin the family business.

While most parents try to treat each child fairly, their offspring keep score and perceive imbalance, whether related to holiday gifts or business ventures. When trying to divide assets equally, parents face several challenges. First, parents cannot control what happens after they retire or die. Second, fairness is in the perceptions of the heirs. Third, no matter what is decided, family values and business values differ vastly, and conflicts arise.

Emotions drive family values, based on love and acceptance, regardless of merit. Families resist change, avoid conflict and maintain an autocratic parental management style. Business values are based on logical analysis, and compensation is based on performance and contribution, mastery of change, the confrontation of problems and issues, and management styles ranging from autocratic to democratic.

The conflict between personal and family business values leads to identity confusion (is he “Dad” or the “boss” today?), indistinct power lines (the most dominant sibling may hold the least prestigious title at work) and the overlap of business and family time (business discussions invade every family gathering). The family must manage these conflicts. Established written standards will help to mediate conflicts and define expectations for performance, job responsibilities, boundaries between work and family time, and methods for solving strategic differences.

Open communication is the most important key to establishing an estate plan that includes family business ownership and fair distribution of other family assets. Professional advisers may facilitate discussions or hold separate meetings with each family member involved in the distribution of assets. Such meetings will reveal the expectations of parents regarding potential roles in the company and stewardship of the family legacy as well as expose perceptions of the heirs about fair and equitable divisions of assets.

Most family business owners presume that at least one of their children will eventually want to take over the company. However, fewer than 6 percent of companies actually pass to offspring. It is difficult enough for a child to demonstrate competence under the cloud of nepotism when he or she has a firm commitment to the continuation of the businesses. Forcing your child to manage the company leads to resentment, draining of liquidity and attrition of key employees. Make participation voluntary. You can’t buy loyalty, and your children may have other career aspirations.

For those who want to participate, developing a “family participation policy” clarifies expectations and roles. Who is entitled to a job, what compensation is proper, how will performance be evaluated and what exit strategy applies to those who cannot, or will not, perform to required standards?

Many owners require their children to gain outside experience, either with a competitor or in another industry or geographical area, for at least two years, before coming to work in the family business. They also require proper training, continuing education and a progressive climb through the ranks before the heir is allowed to take over.

Compensation should be related to job responsibilities and performance, not family bloodlines. Common mistakes include paying according to need, underpaying children to control their lifestyle choices, or paying all family members the same regardless of ability or title. Indirect compensation involving the use of company assets for personal reasons or for supporting individual causes or educational goals also causes conflicts when they are not evaluated using established guidelines. Other fairness issues are related to overtime, time off, benefits, business trips and productivity. For example, one sibling may consider entertaining potential clients on the golf course a fair use of work time, while another considers it goofing off.

Your business is not a charity, so don’t use it to support children who would be better served in other ways. Educate them, send them to rehab or leave a trust that will restrict their access to cash if they have a questionable lifestyle, but don’t allow them to be parasites that drain company resources.

Stock ownership is another potential problem area. Many owners believe that each child should receive an equal share of company stock. Those who actively work in the businesses may resent splitting the profits and having their compensation controlled by non-involved siblings. The non-involved siblings may dispute compensation levels or disagree with management decisions or company valuation. Many professionals advise owners to offer stock only to those who actively work in the company and distribute other assets to the rest.

For example, say Mr. Jones has a 25-year-old electrical contracting business and plans to retire within the next 10 years. His son, Tom, earned an electrical engineering degree and worked for a general contractor before joining the company. He has always wanted to take over the business and has held several jobs with increased responsibility. Tom’s brother, Tim, is a practicing surgeon.

Mr. Jones has decided to transfer ownership of the company to Tom by gifting stock gradually. He will continue to work with Tom until his retirement. They have performed a business valuation, and the family has met to review the parents’ estate plan. The family as developed a formula to calculate the value of the business to date and to accommodate the increased value of the business over the years leading to Mr. Jones’ retirement. The family agrees that any future increase in value will be attributed equally to Mr. Jones and Tom and that 25 percent (half of Mr. Jones’ half) will be included as part of Tim’s inheritance.

Tim will not own shares in the business. Tuition for both sons’ education (their bachelor’s degrees and Tim’s medical degrees) will be proportionally assessed in determining the distribution of assets when the estate is divided.

Although this sounds complicated, it is fair to acknowledge that the sons have received different levels of educational support, that Tom’s work in the business has allowed it to grow and prosper and that Tim has his own career. Mr. Jones could easily have divided stock in the company equally between the two sons, but has recognized the connection between Tom’s commitment to the company and his eventual benefit.

In the Smith family, both parents work in the business. Their three children have had little interest in the company, but one daughter has now expressed an interest in taking over and is working as a vice president. The company has already distributed the stock equally among the three children and their cousin, who is also employed in the company. The cousin has worked there for 10 years, is an estimator and resents the daughter’s position and salary, believing that he is more valuable to the firm.

The two non-involved siblings are demanding increased dividends and want the company to do electrical work in their homes for free. One of them is going through a divorce, and because there is no established buy-sell agreement covering company stock, his spouse is insisting that half of his stock belongs to her. She also now wants a job with the company.

What started as an attempt to be fair has the potential to create disastrous consequences that may result in the failure of the company the Smiths have worked their entire lives to build.

Unfortunately, the communist ideal fails when subjected to the individual differences in work ethic, greed and perceptions of fairness. Marxist philosophy fails just as surely when applied to family business succession and estate planning, who are just as likely to embrace widely varying views of what they should receive and how hard they should have to work for their inheritance.

The concept is simple. Is fairness the same as equality? Probably not, and it is more likely that equal distribution will result in perceived unfairness. Maintaining family harmony requires honest assessment of competence and commitment and open communication among all family members on issues that are intensely private and difficult for parents to discuss. Equality of opportunity may be a better yardstick for the continuation of the family business than equal distribution, and a business analysis using professional advisers may help to avoid some of the issues of entitlement that can destroy not only the business, but the family as well.

Even if everyone is not ultimately 100 percent satisfied, as long as you have clearly defined your vision, clarified your legacy, and designed a plan with the input of your heirs, there is a better than equal chance that you have been fair.   EC

NORBERG-JOHNSON is a former subcontractor and past president of two national construction associations. She may be reached via e-mail at [email protected].