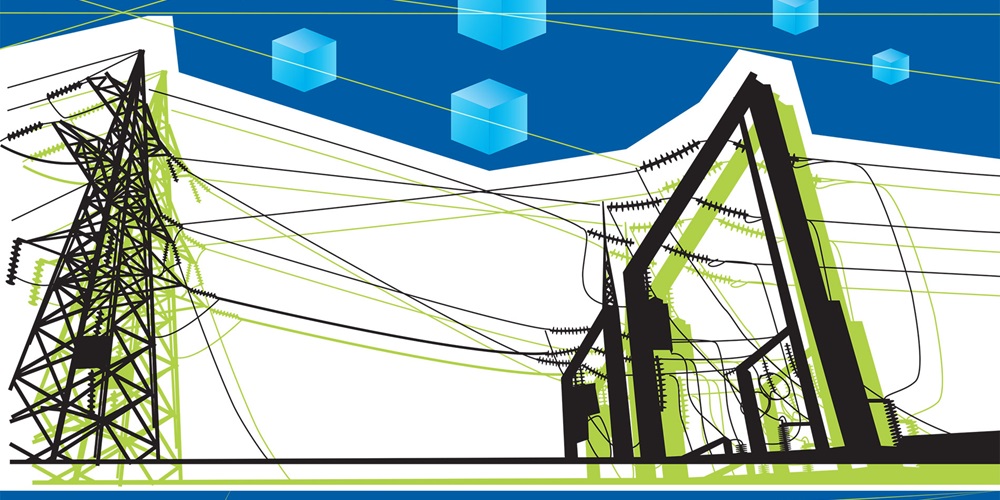 Imagine this: you have solar panels on your house that generate more energy than you need, so you decide to sell your excess energy. You go to an online marketplace, where you have the ability to sell the energy to your local utility—but also to your next-door neighbor or the grocery store around the corner, or maybe even an elementary school in the next state. You could even sell the excess energy that your Tesla doesn’t need.

Such scenarios can be made possible with blockchain technology, a somewhat new way of securely recording transaction data using cryptography.

“One previous concern about this approach was the lack of trust,” Sudhakaran said. “But blockchain can validate energy generation, use and transactions to protect both suppliers and consumers” if the “block” of data for each transaction is recorded in a shared, immutable (unchangeable) digital ledger. This means there’s no question what electricity is used or returned to the grid, so the customer is never overcharged for the energy they consume,” he said.

This new layer of trust can also assure traditional grid operators that devices are connected properly and electricity is distributed safely, while consumers and prosumers (those who produce and consume) “gain ownership over their energy systems and benefit from more reliable services.”

Worldwide, blockchain technology is currently enhancing energy grids in a variety of ways, including bringing electricity for the first time to people in emerging countries by creating more trust between investors and local utilities to contract with one another.

Here in the United States, one potential use is to create more vibrant online marketplaces for renewable-energy credits (RECs).

The pilot used EWF’s solutions based on blockchain, enabling PJM-EIS to evaluate the potential benefits of blockchain technology to improve the security, transparency and transaction costs of GATS. PJM-EIS is a wholly owned subsidiary of PJM Connext LLC, itself a subsidiary of PJM Interconnection, a regional transmission operator in 13 states and the District of Columbia.

Within GATS is a bulletin board, in which entities post RECs for sale. The entities have conversations outside the system with potential buyers, Lukach said. While current posts are only intended to make RECs publicly viewable, PJM-EIS used the pilot to test whether blockchain use could build out some of the voluntary markets within the region by making the bulletin board an actual online marketplace.

“We also wanted to determine if we could seamlessly integrate GATS with EWF’s third-party open-source software, Energy Web Origin, so our users could more easily navigate through the systems and didn’t have to log in and out of multiple systems,” Lukach said.

The pilot had five participants that included several entity types: a large utility that owns its own generators, a load-serving entity and a trader/broker, she said. Participants conducted mock REC transactions of matching asks and bids, which were then digitized by EWF’s public blockchain—the Energy Web Chain—within its Energy Web Origin software, to serve as proof that the mock transactions had occurred with their stated values.

A couple of the users are heavily involved in the voluntary markets, so they were asked to provide useful feedback on the pilot and whether purchasing RECs from the bulletin board was worthwhile, Lukach said.

“They told us that the process was seamless for them and had positive things to say about using the bulletin board as an actual marketplace,” she said. “We are now at a point that we can evaluate whether we should move ahead with EWF or any type of blockchain technology.”

The company also needs to assess whether the auditing capability within the blockchain technology could help satisfy the auditing requirements that are part of the voluntary market process that is managed by Green-E, Lukach said. Later this year, the board of directors is slated to consider any future plans involving blockchain.

The results of that pilot led to an “evolution of thinking” on the viability of commercial deployment in the near term, said Matthew Brown, LO3’s vice president of corporate development.

“When the company first started, it was thought this tool was going to be so disruptive to the existing value chain that we would be able to move quickly and direct to customers,” he said. “While hindsight is 20/20, we’ve come to realize that in this heavily regulated, slow-moving industry, the value is still there—it will just be a longer time horizon.”

Blockchain is best suited to applications with many market participants with different incentives, such as homeowners or apartment owners selling excess solar energy directly to other homeowners.

However, LO3’s experience in Latrobe, Australia, has shown that LEMs can save consumers up to 12% on energy bills, while generating up to 37% more revenue for prosumers, in a scenario where consumers were paying all network charges, as is the case in most markets, Thomson said.

“Regulatory reform—or in the interim, regulatory sandboxes—could enable legally, operationally and financially viable LEMs by allowing microgrids to operate as commercial entities that can buy and sell energy on the big grid, clearing administrative hurdles and unlocking revenue streams,” he said.

Such reform is already underway, Thomson said. In 2019, LO3 was able to launch an auction platform for the country’s first commercial LEM in partnership with Green Mountain Power (GMP) in Colchester, Vt.

How is the venture with GMP going? Currently, blockchain provides limited value in commercial settings—though it is a rapidly evolving market, Brown said.

“The value of blockchain is diminished in this setting when participants don’t need to worry about who they’re transacting with—the transaction is still being facilitated by a trusted, centralized party,” he said.

Blockchain is best suited to applications with many market participants with different incentives, such as homeowners or apartment owners selling excess solar energy directly to other homeowners, Brown said.

“A high degree of sophistication is required to manage these trading models,” he said. “Blockchain provides a decentralized foundation for market neutrality, transparency and auditability for value exchange between participants. Regulatory and commercial realities dictate that this timeline is still a few years away.”

But in the short-term with partners such as GMP, LO3 is “standing up new markets at the local level that can optimize local supply and demand, delivering economic benefits to customers and the utility,” Brown said.

The principle of matching load and production is also visible in corporate procurement of renewables—with recent announcements by Google and Microsoft of their intent to procure renewable energy 24/7/365 by 2030, he said.

“Our Pando platform is well-suited to managing these unique aggregations across local communities or regional portfolios,” Brown said.

“Even as the technology matures, collaboration will remain the most important factor in the success of these initiatives,” he said. “The difference will be made when energy ecosystem players come together in new and innovative ways to realize how all can benefit from clean electrification and greater trust in the market.”

KUEHNER-HEBERT is a freelance writer based in Running Springs, Calif. She has more than three decades of journalism experience. Reach her at katie.hebert78@gmail.com.