Austin Tiny House Village for the Homeless Set to Expand 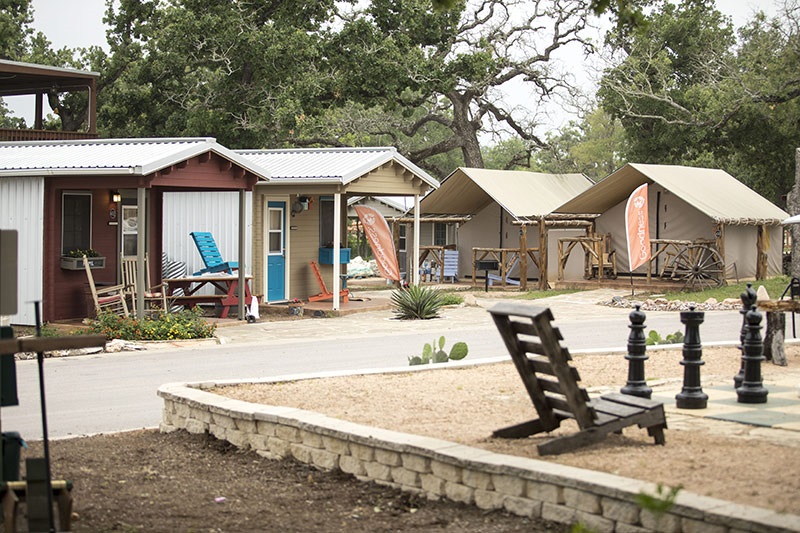 It was announced this week that Alan Graham, the CEO of Mobile Loaves & Fishes, a nonprofit group, plans to raise $60 million in donations to expand Community First! Village, a "tiny house" community in Austin, Texas, that provides permanent and affordable ($225 rent per month) housing for chronically homeless people.

The existing 27-acre village opened in 2015 and will reach its 200-person capacity in 2018. The nonprofit has already purchased an additional 24 adjacent acres on which another 350 homes will be constructed.

"In just two years since we began moving residents in, Community First! Village has made a measurable difference in addressing homelessness in our city, and we now plan to significantly increase our reach over the course of the next decade," Graham said.

Ultimately, according to Graham, the goal is to provide 1,000 new "tiny houses" and RVs for the homeless. Construction of the village and its homes has already brought together large numbers of volunteers, entrepreneurs, designers and city leaders.

Recently, a 13,000-square-foot facility, called Unity Hall, was dedicated on the grounds. It is designed to provide office space and conference rooms, as well as a commercial kitchen, to support the nonprofit's food truck operation as well as catered events.

The organization also plans to establish a commissary as a way to help facilitate the transition of many of the community's homeless into self-employed businesspeople who will be able to purchase consumables such a ice cream, soft drinks and water from the commissary, sell them to the public, and use their profits to pay for their rent and other basic needs.

The community has gained some recognition. Earlier this year, Engineering News-Record awarded Community First! Village with its "Best of the Best 2016" prize in the Residential/Hospitality category.