Are You Normal? The psychology of our relationship with money 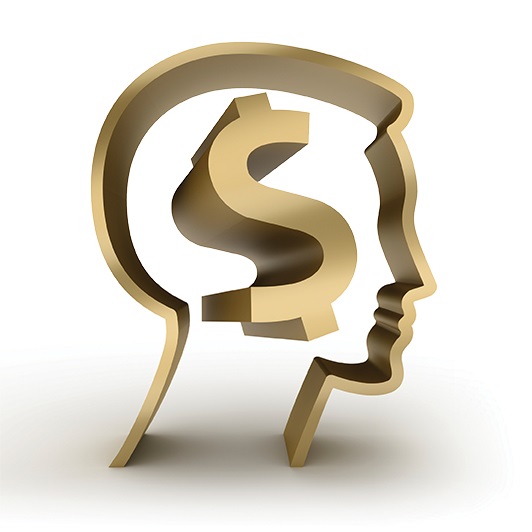 Do you ever wonder if your attitudes about money are normal? Your family, culture and level of financial literacy influence your relationship with money and attitudes about accumulating, using and managing your finances. Your beliefs and emotions affect financial decisions that seem logical and rational.

Several years ago, author and marketing expert Bernice Kanner published the results of her survey for the Bloomberg organization in a small book, “Are You Normal About Money?” She found a wide range of attitudes about money and some surprising facts about what people were willing to do for more of it. For $1 million, two-thirds of survey respondents would live on a deserted island for a year, and 30 percent would serve six months in a medium-security prison for a crime they didn’t commit. For $10 million, 25 percent would abandon their friends, work in prostitution for a week, or change their race or sex. Seven percent would even commit murder.

What is it about money that produces these kinds of responses? Part of the problem, according to author and magazine editor Lewis Lapham, is that people just want more of it. Regardless of their income, he discovered, “a depressing number of Americans believe that if only they had twice as much, they would inherit the estate of happiness promised them in the Declaration of Independence.” No one ever has enough, and the accumulation of wealth becomes more important than enjoying what has already been accumulated.

Think about how this underlying attitude permeates your business decisions. It is hard to resist growing revenue, even though you know that there is an ideal size for your company. When you are able to serve your customers well because you have the capacity to complete their projects on time and deliver the quality they expect, you also find a level of profit that allows you to reinvest in assets and support your own lifestyle. Even when the company is generating its optimal amount of profit at the perfect annual revenue level, the pull of “more is better” may entice you to consider that next leap in volume.

Rationally, we recognize that money is simply an exchange medium that assigns value to goods and services. It has no intrinsic value, but emotionally, it represents a level of security that we equate with happiness. At the same time, we despise its power to control our lives and create stress. In our society, wealth is a measure of success, and business decisions can be so driven by profit that the original vision and mission of the company is almost forgotten.

In the United States, we have an uneasy truce with debt. Credit card balances are higher than ever, savings levels are evaporating, and mass media marketing over the last several decades has convinced consumers that they require things formerly considered luxuries. We are a culture of spenders.

In China, on the other hand, being frugal predated the communist era by thousands of years. The classic Chinese text “Dao De Jing” lists frugality, along with love and generosity, as one of the three greatest treasures. The personal savings rate in China is traditionally much higher than in the United States, and cash is still used to pay for most purchases. As China expands into global markets, attitudes are beginning to change.

As a business owner, you will make better financial decisions if you are aware of how marketing and culture influence your attitudes about money. The relatively new field of behavioral economics has confirmed that our perceptual biases, learned behavior patterns and emotions—­psychological factors we don’t consciously control—drive our financial decisions, and we make mistakes counter to our long-term interests.

Psychotherapist and money coach Olivia Mellan believes that everyone has a “personality blind spot” and created a test for Money magazine to help you find and obliterate your own. (It is available at http://money.cnn.com/2005/07/07/pf/money_type_0508/index.htm.) The test is based on the Keirsey Temperament Sorter, an established personality profiling system. A series of studies by Santa Clara University behavioral finance expert Meir Statman and Vincent Wood, president of AdvisorTeam.com, a San Francisco behavioral research and testing firm, were used to help isolate characteristics of four personality types. Guardians are cautious with money; Artisans are daring; Idealists care more about other goals than money; and Rationals make most decisions by the numbers.

The website Practical Money Skills for Life—Financial Literacy for Everyone, offers another tool to measure your attitudes about acquiring, using and managing money. Take the Money Personality Quiz at www.­practicalmoneyskills.com/personalfinance/money_personality/index.php.

Being conscious about your attitudes toward money is the first step in making better financial decisions for your company. Next month, we’ll look at some mistaken beliefs and unhealthy attitudes about money and how you can help your employees become more financially conscious.