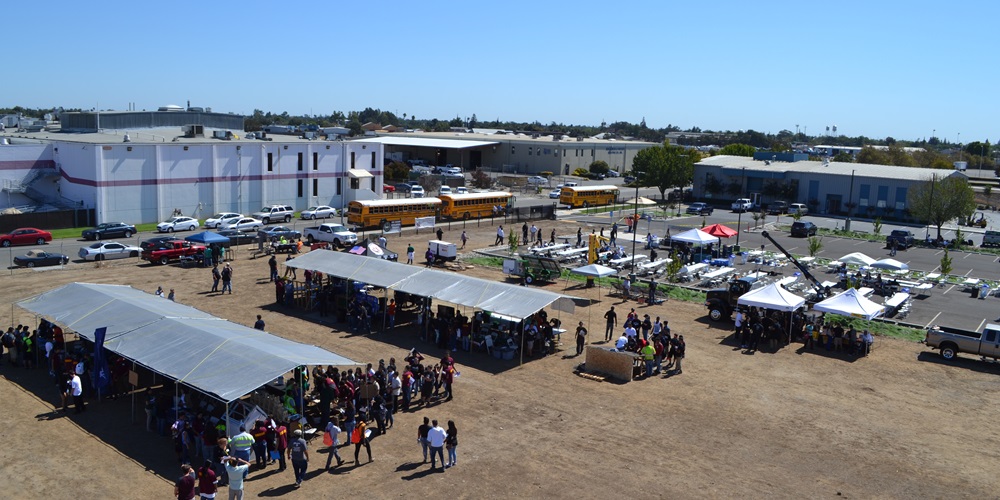 After a modest launch in 2005, the Construction Trades Career Fair hosted by the San Joaquin Area Apprenticeship Coordinators Association, in partnership with the San Joaquin County Office of Education, recently held its 13th annual event. According to Rick Guantone, apprenticeship consultant for the school district's Career Technical Education Center, over 650 juniors and seniors from 28 high schools, along with another 250 counselors, instructors, college and school administrators, journey workers, apprentices, apprentice coordinators, community leaders, and state and local politicians participated in the fair—called "Apprentice Pathways."

This year's event was held at the IBEW/NECA Joint Electrical Apprenticeship Training Facility in Stockton, Calif. Representatives from over 15 different trades were present, including electrical.

"The primary goal is to educate students about construction careers and the pathway to successful employment after high school," Guantone said.

Why was the fair created in the first place?

"We know nationwide that there is a skilled labor shortage in the construction trades," said Chris Kleinert, director of Career Technical Education Center for the school district. "We also know that the average age of the apprentice in the U.S. is 28."

After high school, according to Guantone, many students bounce around for awhile, either trying to go to college or entering minimum-wage jobs. It may not be until five or ten years later that they realize an apprenticeship program makes the most sense for them.

"The idea of the fair is to expose them to this opportunity a lot earlier, so that they can explore these options right out of high school," Guantone said.

Even prior to the first fair, representatives from the apprenticeship programs had always been invited to schools' career nights.

"The reason they attended was because they realized that they needed to reach more high school students, so the students could begin to think about these opportunities while still in high school," Guantone said.

However, there ended up to be neither the time nor the space during these career night events for the representatives to provide adequate, in-depth information or hands-on skill development opportunities for the students.

Thus, the idea for the fair was born. The first fair in 2005 had 120 high school students from 11 high schools. Everyone responded favorably to it, leading to subsequent fairs. Students, particularly, said they really enjoyed the hands-on demonstrations that took place at the fair. Again, these were experiences that simply were not feasible to arrange during traditional career nights.

"Another thing that students learn when attending the fairs is that apprenticeship programs don't involve cost," Kleinert said. "They are 'earn and learn' programs. This is an opportunity for students just out of high school to enter solid careers and earn decent wages right from the start."

Finally, one thing that continues to excite program organizers is that almost one-quarter (23 percent) of the students attending this most recent fair were females.