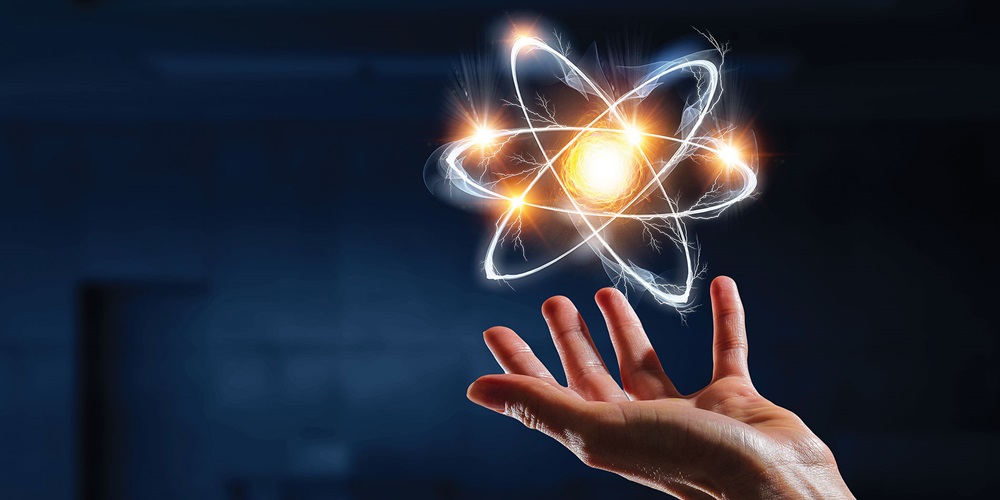 Advancements in nuclear energy, healthcare and our understanding of the cosmos will soon be propelled forward by isotopes generated at Michigan State University’s (MSU) Facility for Rare Isotope Beams (FRIB). The $730 million FRIB has been under construction for the better part of a decade and includes an underground central accelerator moving particles at half the speed of light.

Electric construction for the state-of-the-art lab was provided by Detroit’s Shaw Electric and Superior Electric, Lansing, Mich. For both contractors, this unique electrical project required a dive into physics to build and power a facility unlike any other, said Daren Bebee, Superior Electric’s general foreman. Civil construction has been underway since 2014, and the facility will be completed by 2022.

MSU is establishing the FRIB, pronounced F-rib, as a user facility for the Office of Nuclear Physics in the U.S. Department of Energy Office of Science (DOE-SC). FRIB will serve about 1,400 scientists around the world.

The project has centered around construction of a 1,500-foot accelerator that works something like this: ion sources heat an element that will be studied, then knock off electrons, and push the ionized atoms around with electric and magnetic fields to create beams that are injected into the linear accelerator. The accelerator—the shape of a paper clip—uses 400 kilowatts of superconducting radio-frequency (RF) transmission to drive the charged particles at increasing speeds. The resulting collision creates rare isotopes: highly unstable, that exist for fractions of a second. Magnets separate unwanted isotopes, leaving behind those needed for experiments.

FRIB will create as many as 1,000 rare isotopes never before produced on earth. Studying rare isotopes will help scientists better understand some of science’s greatest challenges: the origins of stars and the universe, how to diagnose and cure diseases, and methods for optimizing nuclear reactors and destroying nuclear waste.

MSU has worked in nuclear science since the 1950s and, more than a decade ago, began planning this new facility. For the people who designed and built the facility, much of their work was unprecedented, said Brad Bull, FRIB’s conventional facilities and infrastructure division director. The electrical design and installation were especially challenging, and contractors collaborated with the facility’s physicists, engineers, facility managers and the researchers who will use the lab to make it work.

SmithGroup was the architect and engineer, while general contractor Barton Malow of Southfield, Mich., managed construction. Shaw Electric provided the base contract support, including main service and branch panels and build-out of the FRIB space. Superior Electric has been installing electrical services for technical equipment for the other three buildings, as well as grounding and terminations. Since the project started, Superior Electric has maintained a dedicated crew on-site, first for design and installation, then to provide the researchers with technical support.

FRIB will create as many as 1,000 rare isotopes never before produced on earth. Studying rare isotopes will help scientists better understand some of science’s greatest challenges.

FRIB eventually will replace MSU’s existing National Superconducting Cyclotron Laboratory, in which cyclotrons have been the means of accelerating particles. Throughout construction, that existing laboratory remained in operation and is now being reconfigured. The last phase of construction is taking place in summer 2020.

First to be completed was the high rigidity spectrometer (HRS) and isotope harvesting vault, which provides experimental space for the FRIB science program and serves as the laboratory where rare isotopes unused at FRIB can be harvested and sent to experimenters around the world for additional research potential. The cryogenic assembly building (CAB) was completed in 2019 to service the high-tech equipment and to perform research pertaining to cryogenic engineering. Finally, the SRF Highbay building is a state-of-the-art processing facility for testing and assembly of components for the FRIB beamline.

The 570-foot-long linear particle accelerator tunnel stands 70 feet wide and 13 feet high to house the accelerator 32 feet below ground. MSU also constructed an office tower and built a switch house for the FRIB campus, enabling the system to take power from the university’s plant.

The project launched in May 2009 with groundbreaking in 2014. Civil construction reached beneficial occupancy status in 2017; in July 2018, the first beams of argon and krypton were accelerated in FRIB’s first three beam-accelerating superconducting cryomodules.

Once the FRIB project team was established, the university presented to contractors and explained just what this laboratory would be used for, and what it would need to operate. Weekly meetings throughout the project helped contractors, project managers and scientists collaborate and ultimately transform visions into brick-and-mortar reality.

The next year, Superior Electric began electrical construction for the SRF Highbay building. In 2015, the crews installed the switch house at the university’s TB Simon Power Plant. The switch house manages the connection of power between the plant, FRIB and Consumers Energy, the utility company.

These units are designed to protect all equipment downstream from electrical surges that may occur in the process of transferring energy from the power house to Consumers Energy, he said.

Once the SRF Highbay was completed, FRIB facility excavation began. Superior Electric installed a distributed hybrid multipoint grounding system here, designed by engineer M. Thuot. The goal was to ensure there was less than an ohm of resistance to ground for the entire facility. To accomplish this, Superior Electric installed more than 200,000 square feet of No. 6 copper mesh in the concrete floor, walls and ceilings. That included 5,000 feet of copper ground bus; 28 40-foot long, ¾-inch copper ground rods; 10,000 Burndy crimps; and more than 20,000 feet of 250 MCM copper ground wire. The company also provided grounding for the school’s massive turbo diesel generators.

In addition, Superior Electric provided and installed more than 1,500 6-inch rigid PVC sleeves (altogether 40,000 feet) from the main level down to the linear-accelerator tunnel. These sleeves each supported the RF lines and data and power cables that feed the beam line.

Superior Electric also procured and installed more than 800 data racks on the main floor of the rack room to directly support the beamline. By 2019, Superior Electric was building the electrical system for the CAB building—for cryogenic assembly—on the south side of the SRF building, tying to the north face of FRIB.

The HRS building was completed in 2020. This structure houses the magnets, which weigh up to 800 metric tons. Because of the magnet’s size, builders constructed a large pit in the center of the building, and electricians then had to reach their work from that pit. Superior crews had to build everything off 60-foot and 80-foot boom lifts that were installed into the pit early on, Bebee said.

“We bring AC power to the power supplies and then convert it to RF,” Bebee said.

The facility was built with the capacity to upgrade the linear accelerator to higher energy, which could lead to scientific discoveries beyond anything that can be accomplished today.

The project has required the entire construction team to collaborate on design-build to accommodate all the unknowns.

“Things were so much in flux. They were truly inventing things” as construction took place, Bull said.

Superior and Shaw were helping with design work from the earliest days. Because the project was so unusual, many of the decisions were made as the work went along.

“Their ability to work together and build a 3D model of what is going to be installed has allowed for everyone to address clashes and remedy them before it was even built,” Bebee said. “This has given MSU the peace of mind knowing that we may still encounter some issues in the field, but they will be minimized, thus saving time and money.”

The contractors were also tasked with prefabrication and just-in-time deliveries to enable tight scheduling and logistics.

“Our shop and supply houses made deliveries daily to minimize the amount of material stored on-site,” Bebee said.

The company also coordinated with crane operators and fork truck operators to unload and lift all material to proper locations in a timely fashion.

“The biggest challenge was the unknowns,” Bull said. “We were starting without knowing everything that would be needed.”

The greatest reward, Bebee said, was “being part of something that’s way bigger than I ever imagined. I was one cog in that wheel. Barton Malow coordinated daily with every person involved—engineers, scientist, architects, tradesmen, plumbing, mechanical, carpenters, painters, laborers, inspectors—they were all top-notch.”

“There’s definitely some technology that as an electrician I’ve never seen and will never see again,” Bebee said.

While the project lost about six to eight weeks of work due to COVID-19 restrictions, it is still on schedule.

The project is expected to be completed early at the beginning of 2022.