The Grid Gets a New Approach: New rate structures take guarantees out of utility returns 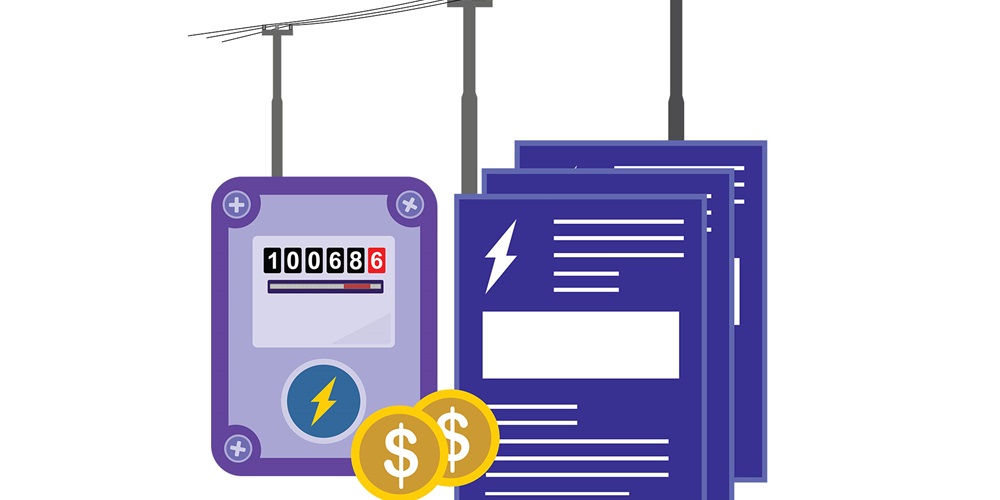 The U.S. grid is being reimagined in more ways than you might expect.

The U.S. grid is being reimagined in more ways than you might expect. Remote sensors and controls help reduce outage times, unmanned aerial vehicles (drones) aid vegetation management and line inspections and customer-owned solar panels and batteries participate in energy markets. Regulators are doing their own remaking of the financial structures that provide electric utilities with their earnings. Performance-based regulation (PBR) is catching hold as a break from traditional return-on-equity approaches. Proponents say this new approach can incentivize utilities to shift their business models to meet customer needs in a time of climate change.

Under traditional rate design, utilities present regulators with their plans for system investments over the next one to three years, which regulators approve or disapprove. The utilities then earn an annual rate of return, often in the neighborhood of 8%–10%, over the designated lifespans of these capital improvements. This guaranteed rate of return is what once earned utility shares their reputation as “widow and orphan” stocks.

PBR is a much more hands-on effort, under which regulators define performance goals for utilities, with earnings—or incentive mechanisms—based on the progress made toward meeting those targets. So, while returns under traditional regulation might be based on putting new switchgear or substations into service, PBR looks at goals such as improving customer energy efficiency or reducing approval times for customer-sited rooftop solar panels and battery systems. New equipment required to meet these targets might qualify for return-on-equity compensation, but the larger performance goal is more important.

While some might see this move as a new means for introducing social policy into capital markets, utility overseers have always had a heavy focus on using regulation to meet societal goals. The century-old model of rewarding utilities for investing in capital improvements by providing a guaranteed rate of return originated to encourage them to quickly build out the infrastructure needed to electrify the nation. That approach clearly succeeded in providing the generation, transmission and distribution systems that form the foundation for our national and local grids.

PBR proponents argue that today’s needs have changed, so how we regulate these natural monopolies also needs updating.

Hawaii is the first state to go all-in on PBR, perhaps because of its ambitious goal to source 70% of its electricity from renewables by 2030—up from 34.5% today, according to the state’s sole electric utility, Hawaiian Electric. This target has economic and environmental motivators. As a tourist destination famed for natural beauty, the state has a vested interest in building and maintaining a pro-renewables reputation.

There’s also big money involved, as most of Hawaii’s current nonrenewable generation is powered by imported oil that must be shipped to the state’s multiple islands, giving it the highest electricity rates in the nation, ranging from 26–34 cents per kilowatt-hour.

To help address both issues, Hawaii’s Public Utilities Commission approved a portfolio of performance incentive mechanisms (PIMs) on June 1, 2021, that include ramping up adoption of renewable energy, faster interconnection of customer-sited energy resources and improved use of next-generation grid-modernization infrastructure, among other targets.

Hawaii is not the only state pursuing PBR ratemaking. California, Illinois, Massachusetts, Minnesota, New York and North Carolina have or are planning to incorporate at least some elements of PBR into their electric utility regulatory processes. One key element in these programs is moving away from one- to three-year rate cases and toward longer, five-year plans. Multiyear rate plans such as this give utilities more time to experiment with new strategies for meeting their PIMs. Interim reviews provide regulators and utilities with an idea of how well such programs are performing.

A report from E Source, a research and consulting firm that works with electric utilities, notes that this is a particularly important time to be reconsidering PBR rate designs. With efforts underway to electrify everything from transportation to residential cooking equipment to drive down carbon emissions, the authors write that it’s important to ensure this transition doesn’t add to utility revenues, while leaving existing fossil-fuel infrastructure and systemic inequities in place.

“The notion that a utility should be rewarded for capital investments—there’s no specific reason for that,” said Bill LeBlanc, chief instigation agent at E Source, in a recent webinar discussing the report. “The current system is not incentivizing the right things for today’s societal needs. When those incentives are aligned properly with the utilities’ profit motivations, they act effectively and efficiently.”

While such rewards made sense in electricity’s early days when system build-outs were a social priority, they don’t fit with today’s goals focused on energy efficiency, renewable resources and ensuring benefits flow to all utility customers.