The World According to Wireless 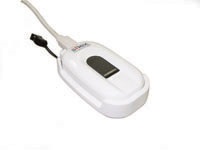 Wow your customers with Wi-Fi expertise:

If you don’t know about the continued surge of wireless access technology or Wi-Fi, you might want to come out from under that rock. It’s everywhere: airports, libraries, coffee shops, orthodontists’ offices. Even whole cities, such as Philadelphia and San Francisco, have debuted citywide wireless access. Your portable Internet and mobile connectivity solution is ready when you are.

Wi-Fi, or detailed wireless fidelity network, is any type of 802.11 or dual-band access network. The Wi-Fi Alliance, Austin, Texas, awards a “Wi-Fi Certified” mark after products are tested and declared interoperable with one another.

In free Wi-Fi locations—hot spots—you can fire up the laptop or portable computing device, PDA or Blackberry to send and receive messages throughout a normal day.

What’s most interesting is Wi-Fi is not even close to its saturation level. Two markets in particular are growing, said Karen Hanley, senior marketing director, Wi-Fi Alliance.

New content and mobile computing continue to drive the market. In the business environment, wireless networking has to be safe and secure. Concerns for large-scale enterprise users continues to center on the security of the network, but those fears have been allayed through standards and manufacturer-designed products that incorporate encryption and other means of authentication and control.

The most current proposed standard in Wi-Fi LAN networking is 802.11n, and products certified under its requirements will soon emerge from the drawing tables. The Wi-Fi Alliance plans to begin certifying next-generation products starting in 2007, before the 802.11n standard is fully complete. This decision, according to Frank Hanzlik, managing director of the Wi-Fi Alliance, “is important for the group to keep the industry moving toward a new Wi-Fi standard that promises increased speeds and new applications, such as video distribution.”

It’s all about faster data transfer speeds, both in the distribution and the backhaul, or getting the signal or information back to the network.

The Wi-Fi Alliance has certified products for all the preceding 802.11 standards, including 802.11a, 802.11b and 802.11g. In March 2007, when the Institute of Electrical and Electronics Engineers general membership accepts the new draft proposal for 802.11n, the Wi-Fi Alliance will update its certification process to comply with the standard. The group hopes to make certain the standard products will also interoperate with previously certified products. A final standard most likely won’t be completed until 2008. The Institute of Electrical and Electronics Engineers (IEEE) 802.11 committee establishes standards for wireless Ethernet networks that define the over-the-air interface between wireless clients and a base station or access point that is physically connected to the wired network.

It’s quite common for a large enterprise to integrate a wireless and hardwired network. Based on a wired backbone, Wi-Fi networks may work off the Ethernet and wireless to connect a wide range of computers, portable electronics, controls and other devices. Wi-Fi extends the network to remote areas where digging and trenching is not possible or is cost-prohibitive. Corporate users and campuses can use wireless access points to extend the Wi-Fi network into areas that are difficult to reach and they can also use it to provide easy Internet access for off-site employees and visitors. Instead of an Ethernet connection and cable, they can simply log onto the corporate network using Wi-Fi. Physical security in access control and video surveillance is where Wi-Fi will provide opportunities for electrical contractors now and in the future.

A traditional biometrics solution provider is also offering a Wi-Fi based product. Silex Technology’s NetGuard Wi-Fi LAN access control with fingerprint reader is biometrics-based access control for enterprise networks, according to Gary Bradt, vice president, biometric division, Silex Technology America Inc., Salt Lake City, Utah. “For security of Wi-Fi networks, the user must first use the fingerprint biometric device to verify identification and gain access. Before a user can connect to the Wi-Fi LAN, their fingerprint must be authenticated.”

The combination of wired and wireless and Wi-Fi access provides countless additional opportunities for enterprise-wide networking, convergence, safety and security.

“Our products are also used to create high-speed wireless backbones to connect outdoor Wi-Fi or WiMax hubs back into core data networks. A third application, that is quickly growing in popularity, is to backhaul video traffic from IP security cameras back to security monitoring centers.”

BridgeWave products are designed to provide full-rate gigabit Ethernet data rates, with the reliability and security of fiber optic cabling.

“While these links can be viewed as a replacement for fiber, it is often better to look at them as a complementary extension for fiber. These products enable contractors who install fiber networks to economically reach locations that are beyond a local building, without sacrificing performance.”

Levin said the emphasis on wireless has turned to higher capacity applications.

“Most Ethernet backbones have increased to gigabit speeds now, and new Wi-Fi and WiMax access points require backhaul connections of 100 Mbps or more,” Levin said. “As a result, users who previously used 10–50 Mbps wireless links as an alternative to installing copper cabling are now moving to gigabit wireless links as an alternative to installing fiber. Beyond the higher data rates, the very low latency of these links makes them ideal for real-time applications, such as the remote control of high-resolution pan-tilt-zoom IP security cameras.”

The Rockford, Ill., Housing Authority (RHA) improved public safety with wireless security monitoring of a crime-prone area. The RHA chose a solution from Montel Technologies, a provider of wired and wireless networking solutions for voice, video, data and security applications. The new monitoring system is based on IP video cameras and wireless mesh network from Firetide Inc., Los Gatos, Calif. The RHA Firetide mesh network wirelessly connects outdoor video surveillance cameras to a central location for live monitoring and recording of video feeds. A digital video recorder in the central location captures video from all of the cameras and enables staff to view any camera from any location over the Internet.

Mesh nodes automatically connect to each other to form multiple wireless links to each node. These redundant paths increase the network’s coverage and reliability even around tall buildings or large vehicles. The Firetide mesh is designed to support multiple concurrent applications.

“Wi-Fi is extremely popular and provides an access point. But you need wires in the background, and there still needs to be connectivity to the computer. That’s the wireless paradox. A mesh network can replace the network cabling where it’s not feasible to install it, like a portable wireless network for electronic ticketing and point-of-sale terminals.”

Wi-Fi access provides a realm of new possibilities of connectivity. Being able to deploy a network that can handle the rapidly escalating data rates is also critical as wireless moves into mainstream. Electrical contractors can get a piece of this growing market as it moves the convergence of physical and information technologies even closer.                EC

O’MARA is the president of DLO Communications in Park Ridge, Ill., specializing in low-voltage. She can be reached at 847.384.1916 or [email protected]