VR And AR Trends Impacting Electrical Contracting In The Future 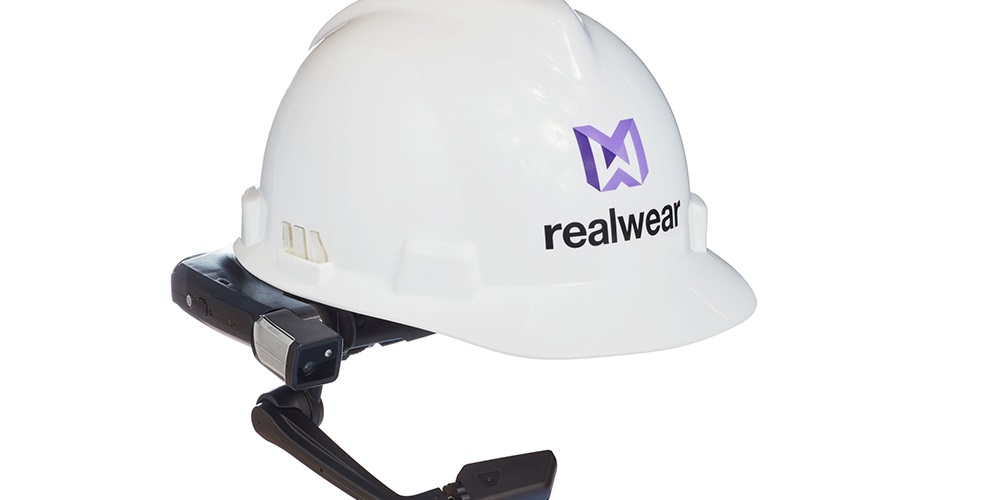 Electrical contracting—and the electrical construction industry as a whole—may not be the first thing that comes to mind when you think of innovation. Yes, technology is advancing at sometimes alarming rates, but the procedures, processes and design techniques in this field have largely remained the same for a long time.

That may be about to change for the better.

Companies like Trimble and Ferry Electric Co. are starting to incorporate modern tech to help improve productivity, efficiency and accuracy in their regular processes.

What’s so special about what they’re doing, you ask? Let’s take a closer look.

Ferry Electric Company worked with RealWear to beta test the the RealWear HMT-1 on an actual construction site earlier this summer.

They describe RealWear as a “hands-free industrial head-mounted tablet,” which is a fancy way of saying it’s an augmented-reality (AR) headset. It’s designed to be worn alongside an industrial safety helmet or hardhat, so the wearer’s head remains protected and secure. It also works just fine with safety glasses and protective eyewear, meaning workers can also protect their vision.

It’s been constructed with a rugged, durable design, and includes software conducive to hands-free operation—largely thanks to voice controls that allow workers to call out commands.

Essentially, RealWear is a wearable AR headset that can overlay important information for technicians' use. They can pull up building information modeling (BIM) plans at any time to compare them to their current working environment. They can communicate freely with operators and other field technicians. They can also take advantage of unique tools like a voice-operated flashlight.

According to Ferry Electric Co., the headset has the potential to reduce errors and downtime, increase safety and drive improved operational efficiency. But this is just one example of modern technology taking hold in the industry.

“The benefits we see coming from the adoption of VR and AR in the construction fields, and specifically into the electrical construction market, comes from the quality and speed of information delivered to the remote worker,” said Jim Ferry, president of Ferry Electric Co.

“The remote worker could be an electrician on install, or it could be a subforeman or foreman with oversight and planning responsibility for the crew,” Ferry said. “Information often moves slowly to and from the field because the typical nature of construction has a job site in one location, an office supporting that site in another location, and in other separate locations are the design team members and owner representatives. Using AR and VR technology, the electrician has up-to-date information (i.e., drawings, sketches, models directly where he is working without the need to go looking for the information).”

“Trimble is developing solutions across a platform of mixed reality applications for the AEC industry that enable project stakeholders to transform the way they consume, communicate and interact with their data,” said David Burczyk, segment manager of Field Technology Group for Trimble Buildings.

Through a partnership with Microsoft, Trimble is bringing the HoloLens augmented reality platform to the architecture, engineering, construction and operations industry for use by field technicians and engineers.

Augmented reality is a modern way of bridging the gap between the digital world and the physical one. It uses unique display tech and integrated components to overlay digital content on the wearer’s view of the environment around them. HoloLens offers many unique and convenient experiences.

“Electrical contractors benefit from the use of this technology to visualize 3D models in an immersive environment to communicate and collaborate with others—both collocated and remote—while immersed in the design,” Burczyk said. “Mixed reality applications overlay designs on the real world for things such as clash detection, renovation visualization, and for the training of craft workers and field crews to virtually explore their assignments before actual construction begins.”

HoloLens is an unprecedented AR platform that allows wearers to view and interact with 3D models—beyond the confines of a 2D screen—within the real world. You could, for example, take an empty room in a house and overlay furniture and decorations inside so it looks habited.

For the construction and manufacturing industry as a whole, this has the potential to completely disrupt modern processes. Imagine road and ground workers throwing on a HoloLens headset and immediately viewing pipes, cabling, gaps, and components underground without having to measure, plot, dig or survey.

That’s a generic example, though. Let’s take a look at something a little more specific.

For electricians, a common issue is that they place their junction boxes on or around a work site, and come back later to find drywalling and structural engineering complete. This puts a damper on their work process.

“Using the Trimble SketchUp Viewer application on the Microsoft HoloLens, a trainer and an apprentice can view the current condition, review the steps necessary to complete the task, and resolve any issues,” Burczyk said. “As a result, electrical contractors benefit by reducing costs, shortening project schedules and improving the quality of their work.”

With AR headsets like HoloLens, contractors could immediately view where the box will be on the wall, according to blueprints and design plans. Then, they can simply cut the wall to find the appropriate junction and continue with their work.

The technology eliminates the need to use in-wall detectors, fine measurements and surveying and much more. Imagine how much faster they’ll be able to work with equipment like this at their disposal.

BIM is about to get a whole lot better

“Adoption of VR and AR into construction may be slow as ours is an industry typically resistant to change,” Ferry said. “This is not necessarily bad. Construction is often distant and typically in the elements, no two projects are similar, and they all carry lots of risk, and construction is inherently dangerous; therefore, making changes slow and intentionally can be a smart thing. That being said, I expect the biggest hurdle to wide adoption of VR and AR technology in construction will be the human factor. A lot of the VR and AR tools being developed look like more technology than they do tool. Construction people like tools. That’s where we’re comfortable. Package it like a tool, make it easy to use with obvious benefits, and acceptance will be faster.”

BIM allows for greater efficiency and accuracy in the electrical contracting, construction and related industries. Unfortunately, it largely relies on 2D drawings and design plans, which represent 3D content or designs. This can translate to some difficult scenarios, let alone simple mistakes when you try to convert 2D designs to 3D layouts on the fly.

Mixed reality, another name for augmented reality, can be used to improve the entire BIM technique by displaying content in the real world for technicians and engineers.

Like the examples above, the technology can improve the environment and working conditions for these personnel. More important, they can help improve productivity and efficiency during long-term projects by speeding up processes and improving accuracy.

Above, we gave an example of an electrician using the technology to rediscover an installed junction box after drywall and structural work had been completed.

Without a proper headset, this would take a considerable amount of time, resulting in a detour in normal work.

But imagine this on a grand scale, and it’s easy to envision the technology improving hundreds of these experiences and working processes.

It’s about to happen, and thanks to early adopters like Ferry Electric Co. and Trimble, it will happen sooner, rather than later.

“At Trimble, we believe there’s untapped potential for mixed reality to transform the way we work," Burczyk said. "The technology is here, companies are already taking advantage of it, and there’s only more to come.”

Kayla Matthews is a technology writer whose work has appeared on VentureBeat, Metering & Smart Energy International, VICE and The Huffington Post. To read more posts by Kayla, you can visit her blog, Productivity Bytes.