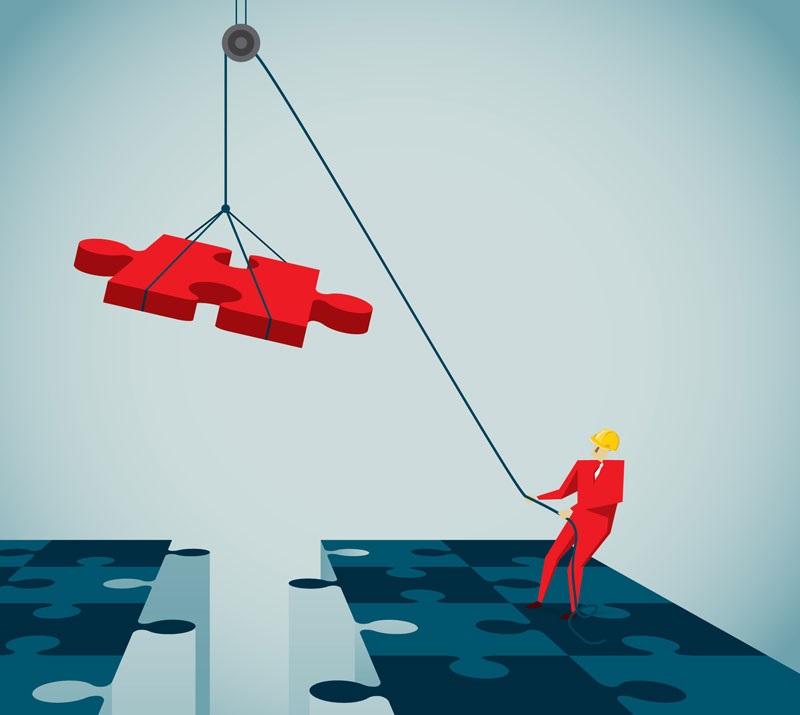 As building intelligence becomes a mainstream demand in small to mid-sized buildings and companies, contractors must find ways to offer solutions without crippling startup investments. With today’s technology, that goal is becoming more achievable, and it is opening opportunities in a multibillion-dollar market.

The smart building market is expected to grow from $5.73 billion in 2016 to $24.73 billion by 2021 at a compound annual growth rate of 34 percent, according to a recent report by analyst company MarketsandMarkets.

According to Tom Leonard, vice president of marketing and product management for Leviton’s Energy Management Controls and Automation Business division, there is already a great deal of awareness among building owners and managers.

“[However,] they need the expertise of a professional electrical contractor to help them achieve real promise and potential of these technologies,” he said.

Electrical and low-voltage contractors and integrators are assuming the role of educators, spreading the word about how to make single spaces or entire buildings more intelligent. As the technology evolves into simpler systems with the flexibility to grow, contractors, integrators and customers should plan and ensure all parties understand the costs for each phase of a deployment, the potential for energy savings, the operational efficiency, and the benefits in comfort for those who make these buildings their workplace or home.

For many buildings, that means a modular approach that is easier to install than the smart building solutions from just a few years ago. Today, facilities have access to sensors and management solutions that can be dropped into a building immediately or included in a construction process without affecting the existing cable systems. For this reason, building owners and the contractors that serve them are pursuing more phased approaches to building intelligence, said Eric Lind, global specifications vice president, Lutron Electronics Co., Coopersburg, Pa.

By starting with a manageable first step, companies can take a strategic approach toward creating an intelligent building that will save energy without a substantial early investment.

Building intelligence connects facility managers with information about their energy consumption. That connection saves them money in the short term and helps them make decisions to further capitalize on those savings.

According to Stamford, Conn.-based technology research company Gartner, small to mid-sized businesses tend to be most successful with a “think big, start small” approach. The first step is recognizing the initial budget and return on investment with an eye on scalability. Some companies make the mistake of trying to address all of their problems with a single retrofit or new construction, despite the limits of their IT staff and budget.

Intelligence can be as simple as light or power meters to help management understand the power consumption, seeing whether they are saving energy and how they are doing it. From there, it runs the gamut from counting people and determining best occupancy levels to energy usage that meets those needs. For instance, intelligence enables building owners to know if they’re getting the most out of their conference rooms based on occupancy. Those kinds of analytics require a facility manager to appoint a person or team to handle that data and make decisions based on it.

The future should bring an exciting array of options for owners and contractors. In 2017, Gartner expects to see trends that involve the Internet of Things (IoT) as well as drones, robots and autonomous vehicles that occupy or travel around a facility to better manage the activity and conditions both inside and outside. These intelligent devices can gather and share data that could be part of a building’s overall management system.

But few small or mid-sized businesses are looking in this direction right now. Even if such systems were purchased and installed, a user needs to consider how the data would be managed and who would do that task.

“It’s so important to not give facility managers more than they have time to do,” said Brent Protzman, energy information and analytics manager, Lutron.

That means tailoring a system to meet the initial resources as well as helping the customer map out a future growth plan.

A manager may initially want to know when lamp outages occur or when a motor isn’t running properly, but the more proactive efforts are going to require long-term planning. The intelligence can also help building managers decide if they need to expand their own building portfolio based on occupancy and usage, Protzman said.

Therefore, companies such as Lutron are making their commercial and residential software easier to plan and install, meaning more opportunity and potentially less time on one project.

Contractors that step into programming have even greater opportunity. Companies such as Lutron offer sampling kits that enable a contractor or customer to install and explore just what a system could do in that location.

Building owners also need to understand the importance of an integrated system when it comes to building intelligence. Many still think of intelligence as the installation of high-efficiency windows, insulation or occupancy sensors—each a separate system. Technology providers, in the meantime, provide systems that can be shared on a single backbone, because with more functionality, a dozen or more separate systems are going to be unmanageable.

Part of building intelligence’s foothold comes from the smartphone, which has made building owners, occupants and contractors more comfortable with wireless intelligence. The growth in smart-device technology is revolutionizing and simplifying the way systems are programmed. The ability to perform programming and adjustments from a tablet or smartphone rather than at the device itself—or with a proprietary programming tool—greatly simplifies the operation.

Automation solutions include advancements in LED lighting, apps and cloud technology, which are driving controls and intelligence from the mechanical or electrical room into the building space and into the lighting fixtures themselves. With LEDs driving down lighting loads to a fraction of what they were with previous light sources, high-ampacity control devices capable of handling the full lighting-circuit load are no longer necessary. That allows controls to reside in the cloud.

“The impact of cloud connectivity growth is reaching into building automation, and the same level of ease and flexibility we enjoy with the apps on our smart devices is coming into the realm of commercial building controls,” Leonard said.

This will only grow as the power and capability of cloud-­connected devices increases. Lighting and control are becoming information technology systems.

Whether a phased approach is applied or not, digitalization and data-driven intelligence are front and center for the building industry.

Roughly 20 percent of a building’s cost today is construction; the remaining 80 percent is attributed to operations. White said a lot of data comes with the integration of building management system for those operations. Data and analytics play a crucial role in construction.

“We’re seeing some major players coming up with their own unique way to leverage big data in various modeling environments,” White said. “Virtual reality, augmented reality and even mixed reality have found their way into construction. With the explosion of big data, we’re going to see more exciting developments in the near future.”

Traditional building models such as design/bid/build are struggling to properly address smart building technology design as a whole, White said.

“A true IBMS [integrated building management system] integrates building systems into one, which is a challenge to specify when contracts are siloed by trade in a traditional delivery method,” White said.

For that reason, early collaboration is important. In fact, greater collaboration is transforming the construction process. Bringing the right technology partner to the table early will help maximize the benefits of intelligent infrastructure.

“Know the difference between a technology partner who provides a true IBMS and one who is simply bundling various disparate systems,” White said.

There is a distinction between integrated and integral systems. An integral system component is composed of a single element with multiple cross-disciplinary functions, while an integrated system typically consists of two separate pieces of equipment operating as one through software.

“For example, lighting, shade and [heating, ventilating and air conditioning] control may all be fused into one integral controller in lieu of three separate integrated systems,” White said. “Integral components reduce the need for coordination between trades and can provide a lower first cost by eliminating redundant infrastructure.”

ECs should consider local amendments to codes and standards and engage the authority having jurisdiction (AHJ) early. New technology can sometimes catch AHJs off guard and delay the project.

“For example, fusing the building automation and fire alarm systems together for smoke control may eliminate redundant infrastructure, but the technology may be new to the local AHJ,” White said.

For that reason, contractors and technology providers are tasked with educating the community on emerging technologies.

“Promote adoption of recent editions to codes and standards such as NFPA 72, National Fire Alarm and Signaling Code,” White said. “Codes and standards are struggling to keep up with technology but are slowly embracing the movement towards intelligent infrastructure, such as using ethernet for fire alarm and emergency communication systems.”

For business managers, it’s not only about saving energy but also offering a more comfortable workplace. Comfort plays a key role in employee satisfaction, and recent studies show the correlation between comfort and productivity.

In the next few years, all predictions point to the IoT going from hype to reality, White said. Siemens is positioning itself front and center in the ecosystem of the IoT, and with an expected 50 billion devices to be connected by 2020, “there will be tremendous impact to our business,” he said.

Leviton also provides assistance to contractors as they build intelligence into their customers’ systems.

“Technology is moving at such a rate that it’s critical for our contractors to exploit the opportunity and consider these advances a core component of future business,” Leonard said. “Technology and automation is no longer a luxury or a fractional part of our industry. It’s at the core of it. Take advantage of manufacturers’ support resources to make controls a central skill. Technology is not waiting, and the needs and opportunities aren’t either.”

ECs can help building owners proceed through the phases of their deployment even as technology evolves. The energy savings gains with LED lighting and controls are significant and immediate, and getting them in place to seize these benefits is key.

“Take advantage of what today’s technology can offer, and build from there,” Leonard said.