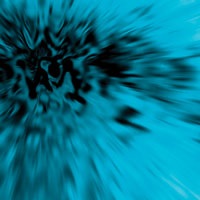 The demonstration was conducted in a Stanford lab with optical fiber wrapped around a spool. In addition to setting a distance record for quantum key distribution (QKD), it also is the first gigabit-rate experiment—transmitting at 10 billion light pulses per second—to produce secure keys. The rate of processed key production—the keys corrected for errors and enhanced for privacy—was much lower due to the long distance involved, and the key was not used to encrypt a digital message as it would be in a complete QKD system.

A key aspect of the experiment is the use of superconducting single-photon detectors developed in Russia, with packaging and cooling technology custom-made at NIST labs in Boulder, Colo. Counting single photons (the smallest particles of light) rapidly and reliably has been a major challenge limiting the development of practical QKD systems.

The seemingly constant record-breaking nature of fiber optics bodes well for the technology. Because of its advantages over copper, it may continue to become more prominent. EC