The Nature Of Network Needs 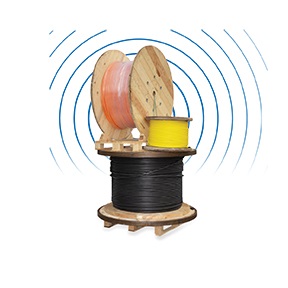 This is the first in a series of columns on networks and cabling—media, really—as we explore the nature of networks, their cabling needs and how they have evolved to provide for today’s “always connected” society. The goal is to give you the information you need to assist your customers and maybe better plan for your future.

Copper, fiber or wireless? Not only are these the connection media for networks today, but also they have been the battleground for manufacturers of competing products for a couple of decades. We have been subjected to claims of fiber’s superiority for speed and distance, wireless for mobility and copper for cost and, well, ubiquity; everybody uses it, so it must be OK. We have seen standards committees go from producing technological marvels such as “Cat 5” to head-scratchers such as “Cat 8.”

Right now, an unbiased evaluation of the technologies and markets involved might lead one to conclude that copper is dead. Wireless offers adequate bandwidth for most applications, plus it comes in two varieties—Wi-Fi and cellular—­that allow mobility with connections everywhere. Optical local-area networks (OLANs) have surfaced after a lengthy trial period, first with fiber-to-the-home (FTTH) and now with large enterprise networks where they have proven to be faster, cheaper and greener than copper.

But it is premature to count copper out. Many millions of devices have Wi-Fi antennas and Ethernet ports for Cat 5. (“Cat 5” has become the normal way most of us refer to “category-rated unshielded twisted-pair cable,” so I’ll use that to refer to the entire spectrum of similar cables: Cat 3/5/5e/6/6a/7 unless I’m referring to a particular grade of cable such as Cat 8.)

Most offices still have Cat 5 cable installed and will use it as long as they can, especially since it can be used to connect Wi-Fi access points and gigabit Ethernet will work over most of it. That puzzling project to create a Cat 8 standard is not aimed at being a widely used standard for LANs but, instead, is aimed at shorter links for data centers, where those behind it hope it will lead to a cheaper standard than fiber for 40-­gigabit Ethernet links.

However, copper’s days as the No. 1 choice of network connections are probably past. As laptops replaced desktop computers and are now, themselves, being replaced by tablets and smartphones, fewer devices have Cat 5 ports. Don’t kid yourself. That free Cat 5 Ethernet port on the PC was a major factor in the continuing use of Cat 5 UTP cable. When fiber tried to battle copper for the desktop connection, the major deterrent to fiber use was the need for a costly media converter for connecting to the network with a cheap Cat 5 patchcord.

Wireless managed to sneak into the No. 1 connectivity spot while copper and fiber were battling it out simply because it provided a solution with adequate bandwidth, allowed mobility that neither of the competitors could offer, and, last but not least, was included as a free feature of all the personal devices that users wanted connected to the network.

Now fiber throws another heavy punch at copper. OLANs, derived from TIA-568 structured cabling standards for “centralized fiber” and international standards for FTTH, are gaining major market share in big enterprise networks. The major difference between OLANs and traditional fiber optic backbones in LANs is the fiber—single-mode rather than multimode—and that the OLAN solution is a unified solution of network and cabling. Rather than build networks that work over standardized cabling and install cabling that has specifications for use with many types of networks, these OLANs include a fiber optic cable plant and electronics optimized for each other.

All of this is significant to the voice/data/video or low-voltage contractor. Ever since TIA 568 was written around it, UTP cable has been the focus of cabling. Network designers were introduced to a new cabling architecture based on AT&T’s telephone cabling architecture and ironclad rules on how to build rooms and cabling in a building (so-called “pathways and spaces”).

Much of that is changing. Many people in the industry are beginning to realize that building communications networks based on century-old plain old telephone service may not be optimal for 10- or 100-gigabit-per-second networks designed to carry data and video—not only voice. In fact, voice has become an afterthought.

Users clamoring for more bandwidth and lower costs, for both installation and operation, do not need convincing that fiber and wireless are the right choices. Why should they? Many already have FTTH at home—some even at gigabit speeds—and use wireless everywhere they go. Why can’t they have that at the office, too?