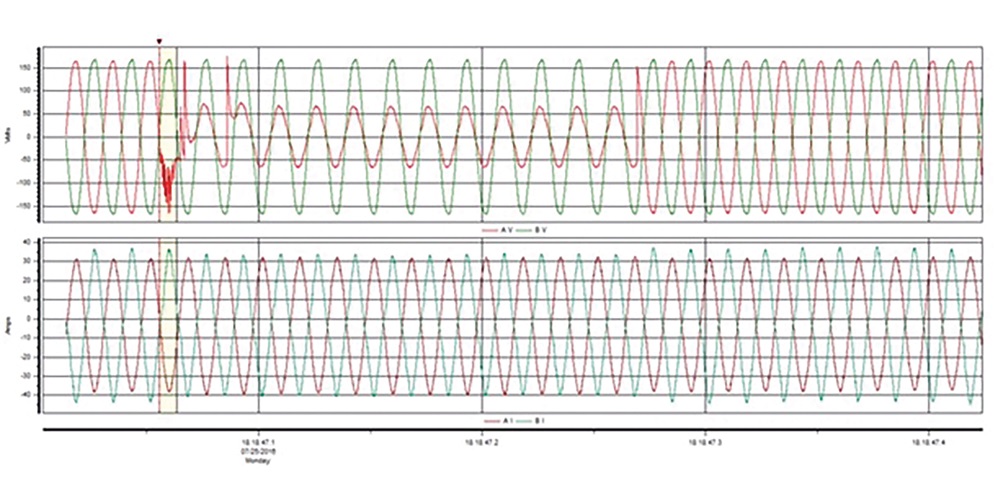 The quote “The more I learn, the more I realize how much I don’t know,” is popularly attributed to Albert Einstein. The sentiment accurately summarizes analyzing the power quality (PQ) and quantity data collected over the past year at a residential site with 14 kilowatts of photovoltaic (PV) roof panels.

Last summer, before the PV panels were energized, significant voltage sags occurred every 22 minutes as the 5-ton heating, ventilating and air conditioning (HVAC) unit kicked on. The largest unknown was what would happen to these sags when the PV panels produce energy into the system. Several experts were polled at this summer’s IEEE Power and Energy Society (PES) meeting to try to figure out if the sags would diminish, trip offline because the islanding-protection circuitry in the panel’s converters considers it to be a fault on the grid, or none of the above. The experts expected the answer to be: “All of the above.”

My July 2016 column included the results from recent tests that showed the correct answer to the voltage sag question was “nothing,” as far as the depth or characteristic of the voltage sags were concerned. But it didn’t answer the question of what would happen if the sag was more severe, and it raised another question: Why didn’t it help the voltage during the sag? It clearly provides enough energy to reverse the power flow at the meter during the sunny times of the day.

At the IEEE PES meeting, a PQ interest group discussion provided a clue to one of the questions. Power is made up of voltage and current. Grid-connected PV inverters (the part of the solar panel system that converts the direct current from the panels to alternating current for the grid) come in two types: voltage-source inverters (VSI) and current-source inverters (CSI). As the words imply, a VSI grid-connected system attempts to regulate or maintain a constant output voltage, boosting it when grid voltage is lower. Therefore, it is more complex and expensive. On the flip side, a CSI system tries to maintain a constant current output that is not affected by the grid voltage as long as the grid voltage is higher than the inverter voltage and not too low to be considered a fault condition.

Another way to look at it is that the amplitude of the output current is independent of the load with a CSI but not with a VSI. Generally, a CSI system is less expensive and has lower total harmonic distortion and high power factor. It is not without its drawbacks. A typical three-phase, pulse-width-modulated CSI can inject higher earth leakage currents into the grid without an isolation transformer, which would add more cost and size while lowering efficiency.

Further analysis of the data collected at the site found what the PV system does during a grid voltage interruption. It occurred while the sun was shining brightly and the solar panels were producing near peak output. The severe sag from the grid became an interruption after 12 cycles, as shown in Figure 1.

Though not able to sustain the same current output during the voltage sag, it still pushed current into the grid until the voltage interrupted when the utility’s power-system protection operated. The PV system still tried to put out some current for another quarter of a second until it said, “That’s it. It’s a utility fault. Best not to keep putting current into a faulted system that may hurt someone trying to fix it.” Its power-system protection operated, and there was no voltage, no current and no more power.

Though not shown here, the PV panels returned to producing current in less than a second after the utility company restored the voltage, following the 10-second interruption. So, we have the definitive answer to one of last summer’s questions for this particular PV.

The information also confirms that CSI PV systems would not correct the voltage sags produced by the HVAC system, because they are current sources, not voltage sources, just as we saw in the waveforms in my July column. Ohm’s and Kirchhoff’s Laws still stand, and it looks like we have answered all of the questions … until we look at Figure 2. How did the Phase A voltage reverse 180 degrees while the current continued unaffected? What about those higher earth-leakage currents mentioned before? More answers lead to more questions.