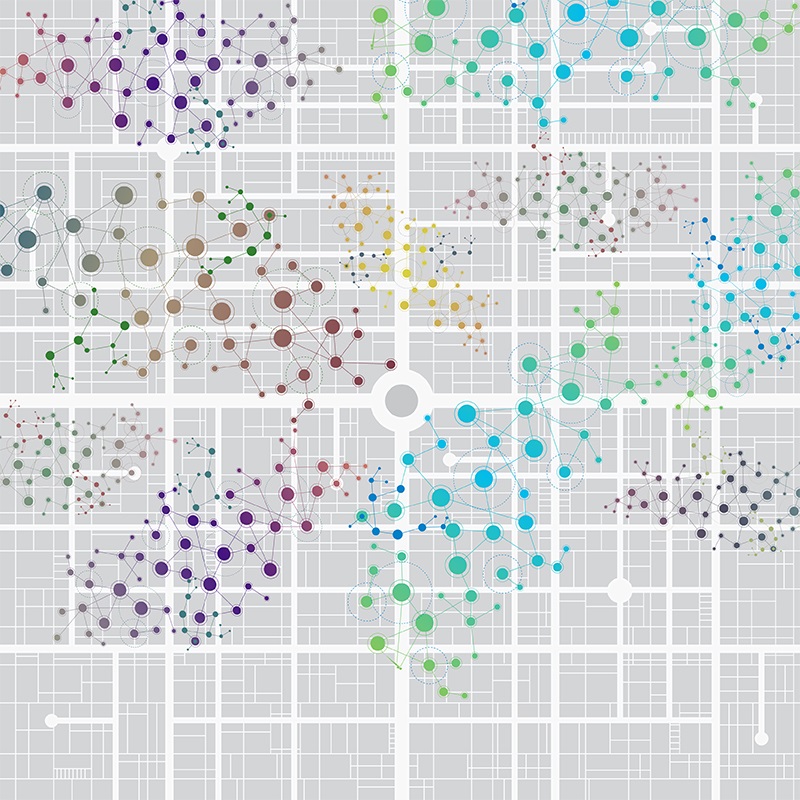 It hasn’t been easy to live in Connecticut the last couple years. First Hurricane Irene slammed through the state in August 2011, leaving some residents without electricity for weeks. A freak Halloween snowstorm two months later brought wires down again. Then Hurricane Sandy hit a year later, felling trees that, in turn, took down 11 separate transmission lines. With his state’s residents clamoring for more reliable electricity supplies, Gov. Dannel Malloy has taken steps to bring power to the people in a fairly literal fashion.

The resulting plan, to be administered through the state’s Department of Energy and Environmental Protection, calls for investing $18 million in nine microgrids intended to keep critical facilities, including police stations, senior centers and public schools, up and running throughout Connecticut. In fact, Malloy is so gung-ho on the grid-hardening potential of microgrids that he is recommending the state spend up to an additional $30 million “to strengthen more of Connecticut’s communities,” according to a news release on the program.

Though significant, these efforts could represent the mere opening of a market many see as potentially booming in the very near future. Navigant Research sees U.S. microgrid capacity reaching just under 6 gigawatts (GW) by 2020. Related worldwide revenues are anticipated to grow to more than $40 billion, up from today’s slightly less than $10 billion. U.S. installations will lead the pack, according to the “Market Data: Microgrids” report, with 2020 capacity totaling 64 percent of overall global figures.

The definition of “microgrid” at the broadest level is fairly intuitive. Basically, these installations are smaller versions of a utility grid. They incorporate some form of power generation, be it through diesel or natural gas generators (which may be part of a larger cogeneration operation); photovoltaic (PV) panels; or fuel cells, paired with a means to distribute electricity throughout the connected building or campus. Critical to the definition is the ability to “island”—that is, to operate independent of any connected utility grid. A recent Institute of Electrical and Electronics Engineers (IEEE) standard, IEEE 1547.4, has defined the interconnection requirements necessary for safely disconnecting a microgrid so that utility line workers aren’t endangered by the possibility of electricity back-feeding into utility lines during outages of the larger grid.

Manufacturers appear to be equally bullish that these independent generation and distribution systems will become more significant players in the nation’s larger electricity markets. The falling costs of both natural gas (for on-site generation) and distributed renewable-energy equipment (such as PV panels) are starting to make owning and operating an independent energy infrastructure financially feasible, said Ken Geisler, vice president of strategy for Siemens’ smart grid operations. And a growing need for dependable electricity supplies also is aiding the business case for microgrids.

“Energy reliability and security have become very visible drivers of microgrid adoption, especially after the recent extreme weather events,” he said. “Certain commercial and industrial environments have a critical need for a constant supply of power and cannot afford brownouts or blackouts. As many utilities saw during Hurricane Sandy, losing power to critical infrastructures has a huge financial impact.”

“That type of customer is very interested,” he said.

Wiater has the case study to prove it in one of the nation’s first commercial implementations of the technology. Laurel, Md.-based property developer and management company Konterra turned to his company to install a cutting-edge system for its headquarters building. Partially funded by a Maryland Energy Administration “Game Changer” grant, the project is notable for incorporating battery-based energy storage, alongside a 402-kilowatt (kW) carport-topping PV installation. A natural-gas generator further supports connected circuits when batteries are drained.

In addition to technical know-how, the Konterra project also illustrates the varied financial arrangements that can make these projects feasible for property owners more interested in protecting their own electricity supplies than owning what equates to a small utility generation and distribution system. While Konterra owns the PV panels outright, the storage system remains the property of the firm that designed and installed it—Solar Grid Storage (SGS).

SGS has worked out a side deal with PJM, the regional transmission organization managing power purchasing throughout all or part of 13 states and the District of Columbia. When Konterra doesn’t need battery-stored electricity, SGS can sell it to PJM to help provide voltage and frequency support to the larger grid. This means the system must be capable of responding almost instantaneously to pricing signals received from PJM to provide what the electric industry calls “ancillary services.”

For microgrids to grow beyond isolated demonstration and pilot projects and into the broader market, more electrical pros will be needed to design, install and manage the facilities. Educating this potential work force is one of the goals of an effort led by Penn State University architecture and engineering faculty members. The GridSTAR Center is going up on the grounds of the Philadelphia Navy Yard to provide opportunities to both test new technologies and train electricians and electrical contractors.

In 1995, the U.S. Navy ceased operations at the 1,200-acre shipbuilding base in Philadelphia (though some research and engineering functions still take place at the site). The city of Philadelphia became the Navy Yard’s landlord in 2000, and the Philadelphia Industrial Development Corp. (PIDC) has since developed a master plan (in a process led by the firm of noted architect Robert A.M. Stern) that’s now well underway to create a mixed-use community it is calling a “Smart Energy Campus.”

A special attraction for energy researchers is the “unregulated” microgrid, which already exists on the property. To maintain control over its electricity, the Navy had installed its own miniature distribution and metering system to serve its operations. PIDC opted to maintain the system, instead of turning it over to PECO, the local electric utility.

“PECO basically stops at the gate of the Navy Yard,” said David Riley, a Penn State faculty member and the GridSTAR Center’s director. “It allows them to basically experiment with different technologies and rate structures with the tenants. It’s created this living lab for experimenting with new technologies related to the smart grid.”

So, amid the office buildings, retail outlets and residential development, GridSTAR is constructing a “Smart Experience Center,” incorporating its own small microgrid (or “nanogrid” in Riley’s words) to test microgrids and connected generation and storage equipment at residential, commercial and utility scales. A demonstration residential-size structure, with solar shingles topping an adjacent garage, and the latest lighting and other building controls was (as of early August) scheduled for a September completion. By next spring, a “next-generation” microgrid should be in place, installed with the cooperation of Philadelphia’s International Brotherhood of Electrical Workers (IBEW) local.

Though the GridSTAR effort is still in its early days, Riley said his group already is seeing promise in broader microgrid applications.

“We’re learning there’s a space to operate behind the meter, where there’s an opportunity for owners of large campus facilities,” he said. Microgrids also could provide a lower cost alternative to more substantial distribution-system upgrades, he said, noting that “instead of spending $20 million on a new substation, you can spend $15 million,” on cogeneration, PV and storage, and end up on a more resilient system.

Among the related questions, aside from related generation and storage technologies, is how electric utilities might react to large, campus-sized customers gaining the ability to remove themselves from the grid, potentially with the aid of financial incentives supported in the rates paid by a smaller number of connected consumers.

“It will be interesting to see how the utilities view this, if they view it as competitive and taking away from their revenue streams, which it will,” Riley said, noting that, so far, “they’ve been very supportive of our project.”

Siemens’ Geisler is more direct in his concerns regarding regulatory policies that might not be keeping up with rapidly advancing energy technologies.

“More attention needs to be given on a state and federal level to support private electricity infrastructure investment in microgrids,” he said. “Communities around the country are starting to ask for changes that will open up the market for microgrids to support their way of life.”