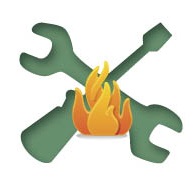 PDE Total Energy Solutions in Santa Fe Springs, Calif., with a satellite office in San Leandro, is a full-service electrical contracting company. The company started 24 years ago under the name Pacific Data Electric, focused primarily on design/build alternating current/­direct current (DC) electrical systems and building management control systems for critical power applications in data centers. However, for PDE, as well as for most other electrical contractors, most of the data center work has gone by the wayside in recent years.

These days, the company specializes in the mission-critical power arena, providing design/build services and maintenance for buildings where failure is not an option. Projects often involve DC power in advanced power systems with energy controls, renewable generation and energy storage.

At its headquarters, PDE has about 15 to 20 people in the field, with another 20 to 25 at the San Leandro branch.

“In a normal year, about 10 to 15 percent of our work is low-voltage,” said Ron Harding, project manager. “This year, though, we took on a pretty good sized low-voltage project, so that percentage will be higher this year.”

“However, we don’t do as much data work these days as we did years ago,” Harding said.

In fact, years ago, the company had a crew that specialized in data projects but no longer has that crew in place.

“These days, if we get a project that involves data work, we will sub that out,” he said.

“Some years, they are more frequent than other years,” he said.

The company gets involved in fire alarm system projects in two different ways. In some cases, fire alarm system work is required as part of a larger electrical contracting project that the company is involved in. In other cases, the projects come to the company as a result of its long-term relationships with three “parts and smarts” fire alarm companies, two near its headquarters and one near its San Leandro facility. In fact, the relationship with the latter company, according to Harding, has been in place for almost as long as PDE has been in business.

“When these companies have certain projects where they think we would be a good fit, they get in touch with us,” he said.

PDE has had no problems recruiting, hiring and training employees to do the fire alarm system work, since it gets all of its employees from the union hall.

“In fact, we are currently working on a very large low-voltage [project], and we called the hall and hired four of them,” Harding said. “They have been working out well.”

Convincing customers of the company’s low-voltage system capabilities hasn’t been a problem, either. In fact, as noted, the company’s original name was Pacific Data Electric, leading a lot of customers and prospects to assume that the company specialized in low-voltage data work, but the name was meant to designate that the company specialized in data center electrical construction. However, even though the company has changed its name more recently to PDE Total Energy Solutions, it has no problem gaining customer confidence in its abilities to do fire alarm work, especially since so many of these jobs come from the three fire alarm companies with which PDE has relationships.

While PDE doesn’t actively seek maintenance contracts, it still gets involved in many of them as a result of its relationships with fire alarm system companies.

The very large fire alarm system project that PDE is working on is called BLVD 6200, located on Hollywood Blvd. The 1-million-square-foot project on 7.3 acres features six floors of subterranean parking, one ground-level of retail stores (75,000 square feet) and five levels of residential apartments above that (with 535 units), totaling 12 levels. As was the case with many of its fire alarm projects, this one came about as a result of its relationship with one of the fire alarm companies that was awarded the contract.

Currently, as in the past, PDE doesn’t actively market its low-voltage capabilities, and this is by design.

“We have no plans to actively expand our low-voltage work,” Harding said. “We will just continue to do it as new projects come to us and as the ‘parts and smarts’ companies continue to contact us for projects they have.”

The reason PDE takes a low-key approach to low-voltage work is that one of its keys to success has been knowing its strengths, which tends to be fire alarm systems, especially for the three fire alarm companies, whose products it knows so well.

“We tend not to try to get involved in other projects,” he said. “We tend to focus on what we know we can do well. If it looks like a good fit for us, we will definitely go after it.”