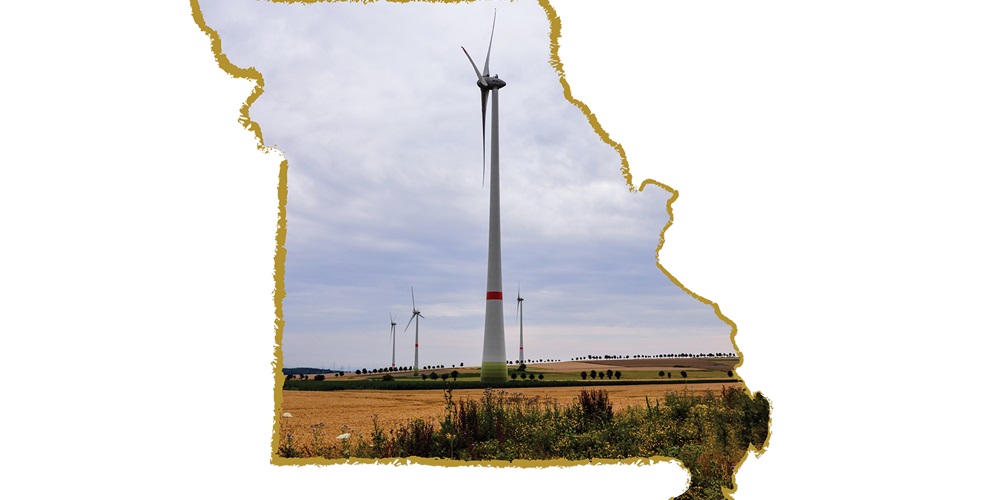 It’s not really surprising when a utility in California or Massachusetts announces plans to up its game in the renewable-energy marketplace—air pollution and greenhouse-gas concerns long have been at the forefront for utility planners and regulators along the coasts. However, when the leading utility in one of the heartland’s most coal-friendly states announces its intent to begin the switch from coal to renewables, it is an important sign that wind and solar power truly have moved out of the “alternative-energy” category.

Ameren Missouri, the state’s largest electric utility, is headquartered in St. Louis. This city also is home to the headquarters of the nation’s two largest coal companies: Peabody Energy Corp. and Arch Coal. The three-year operational outline it released in fall 2017, called an Integrated Resource Plan (IRP), is now under consideration by regulators with the state’s Public Service Commission and notes a marked shift over its 2014 version. By 2020, the company—which currently counts on coal for 70 percent of regular electricity generation—anticipates adding 700 megawatts (MW) of wind energy to its portfolio. Additionally, this latest IRP proposes 100 MW of solar in the next 10 years. The 2014 IRP, in contrast, had considered only 120 MW of new wind by 2020.

“Renewables always are a priority, but the technology just wasn’t as efficient and economical,” said Ajay Arora, vice president of environmental services and generation resource planning at Ameren, the corporate parent of both Ameren Missouri and Ameren Illinois. “Prices have really dropped in the last 12 to 18 months. It’s been a steep change, really, in affordability for our customers.”

Ameren Missouri also has begun seeing some of its largest corporate customers rejecting the company’s coal-sourced power to purchase wind-based electricity from outside the state. Anheuser-Busch InBev has signed an agreement to buy 610 gigawatt-hours (GWh) of electricity annually from Oklahoma’s Thunder Ranch wind farm—enough to produce more than 20 billion cans of beer per year, according to estimates.
The city of St. Louis, itself, announced a plan in October 2017 to be fully powered by renewable energy by 2035. Peabody Energy opposed this effort; notably, Ameren came out in favor of the proposal.

Ameren is a vertically integrated utility, meaning it owns the generating plants it operates, and it expects building 700 MW of new wind capacity will cost ratepayers $1 billion. For cost comparison, two Minnesota utilities last June announced a partnership to build a 550-MW combined-cycle natural gas plant for an estimated $700 million, though it’s important to remember that, once a wind farm is operational, its fuel is essentially free.

As wind comes online, Ameren plans to begin phasing out its aging coal-fired fleet, beginning with its 594 MW Meramec Energy Center, in operation since 1953. Three additional coal units, totaling more than 2,100 MW, would be retired by 2036 under the IRP. The company has announced an ambitious goal to reduce its 2030 carbon-dioxide emissions by 30 percent—over 2005 levels—with corresponding targets of 50 percent by 2040 and 80 percent by 2050.

Ameren’s long-standing reliance on coal has made the company’s previous IRPs a target for environmental groups’ ire when those proposals have come before the state’s Public Service Commission. This year is a bit different, though, according to Rachel Fakhry, policy analyst for the Natural Resources Defense Council’s (NRDC) Climate & Clean Air and Midwest programs.

“It was a pretty good surprise,” she said. “I think the largest driver has to be the economics of wind. These technologies have become very cheap—it’s becoming cheaper to build a new wind farm than to run an existing coal plant. Coal is simply no longer economical to run.”

Among its neighboring utilities, Ameren has, until now, been an outlier in its resistance to wind. Missouri’s No. 2 utility, Kansas City Power & Light, was on target to reach 19 percent of its electricity generation from wind by the end of 2017. In surrounding states, including Iowa and Nebraska, wind’s fortunes have been blowing strong for some time.

“Basically, the markets are drifting toward renewables, natural gas and energy efficiency—the phase-out of coal is inevitable” Fakhry said, noting the mix of energy resources that is replacing coal in utility IRPs across the country.

Beyond the cost of current operations, planners are also anticipating the likelihood of some sort of carbon pricing that would put coal at a further disadvantage.

“Utility investments are a long-term game, and a lot of utilities are recognizing the possibility for a future cost on greenhouse gas emissions,” she said.

There is still more the NRDC would like to see in Ameren’s current IRP, including more emphasis on distributed rooftop solar systems and electric vehicle infrastructure build-out. But, for now, Fakhry is applauding the proposed shift in the utility’s generation resources.
“It’s great that Ameren has finally gotten to it,” she said. “It’s a very good first step.”