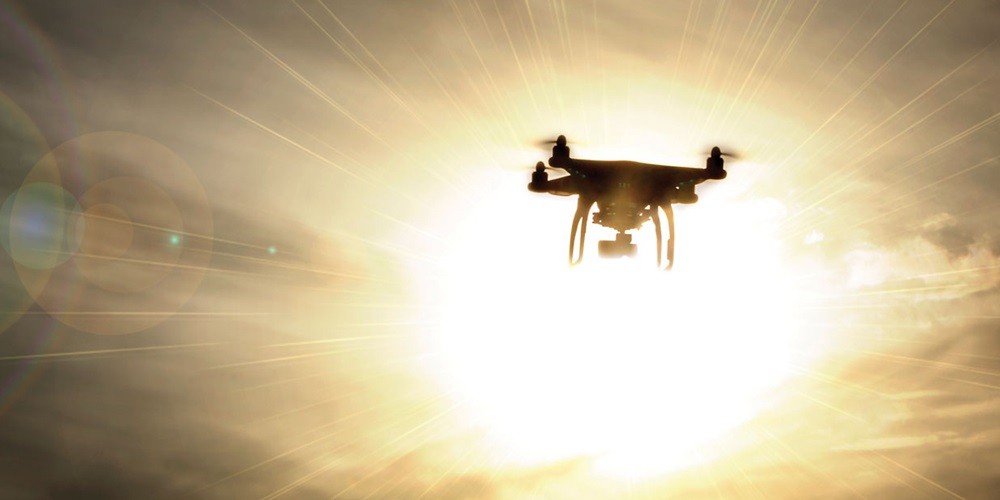 Drones are all the rage—for entertainment, asset protection, first response and physical security. There is even a category of counter-drone technology—designed to address unauthorized aerial devices. Drones, also known as unmanned aircraft systems (UAS), are increasingly leveraged for new and emerging applications that cover a range of different uses and vertical markets.

To date, the Federal Aviation Administration (FAA) has issued over 100,000 Remote Pilot Certificates for the technology. More than 110,000 commercial small UAS are registered with the FAA, and more than 450,000 UAS are expected to be flying for commercial purposes by 2022.

Market predictors include the following:

UAS are also emerging as an integral part of total physical security protection, but there are numerous requirements and policies that need to be addressed before they become fully airborne.

According to Gretchen West, co-executive director of the Commercial Drone Alliance, Washington, D.C., and senior advisor to Hogan Lovells US LLP, Menlo Park, Calif., rules and regulations for drones continue to evolve.

“In August 2016, the FAA published a rule [Part 107] that broadly authorized commercial drone operations," West said. "Any commercial operator that wants to fly a drone for commercial purposes must pass a written test and follow some basic FAA requirements. However, this rule is still restrictive as it does not allow an operator to fly at night, fly beyond visual line of sight or fly over people without special waiver permissions from the FAA. This can be challenging for electrical contractors that want to operate outside the bounds of Part 107,” she said.

So who’s in for using these flying machines? A report from the Association for Unmanned Vehicle Systems International (AUVSI), Arlington, Va., on the first 1,960 waivers granted by the FAA under Part 107 provides some insights on these trends.

These waivers went to more than 1,800 unique operators of which almost 60 percent (1,069 operators) were associated with service-based companies, which would include numerous types of contractors. AUVSI also found that over 90 percent of the waivers went to small businesses with annual revenues of less than $1 million. The vast majority of these expanded operation waivers (92 percent) went to operators who wanted to use UAS to fly at nighttime (1,800 waivers).

West said the FAA is also waiting on Congress to pass the FAA Modernization and Reform Act, which ultimately directs priorities.

“The draft bill has several provisions that would help enable some of these expanded operations, allow for an unmanned aircraft traffic management program, or ‘highways in the sky’ to manage drone air traffic, and more," she said. "However, Congress has struggled to get the bill across the finish line, slowing down the growth of the commercial drone industry.”

She added that security agencies within the U.S. federal government have been concerned about the use of drones for “clueless, careless or criminal” acts and have halted some of the progress of rule-making within the FAA.

Flying over people is still a work in progress, according to Nathan Ruff, CEO of UASidekick LLC, Broomfield, Colo., and executive director of the Coalition of UAS Professionals. A 14 CFR 107.39 waiver is required if a professional pilot intends to operate over individuals not directly participating in the flight.

“The FAA was prepared to release a rule last year that would allow these type of operations to be undertaken more easily, but the Department of Homeland Security, among others, put the brakes on the rule’s release," Ruff said. "To their credit, they made the excellent point that, until we have a way of identifying who is operating a drone above people, we shouldn’t allow those types of operations to be undertaken without proper background vetting. One solution is to require all unmanned aircraft to be equipped with an electronic license plate in the sky so law enforcement organizations could quickly and easily identify a drone overhead.”