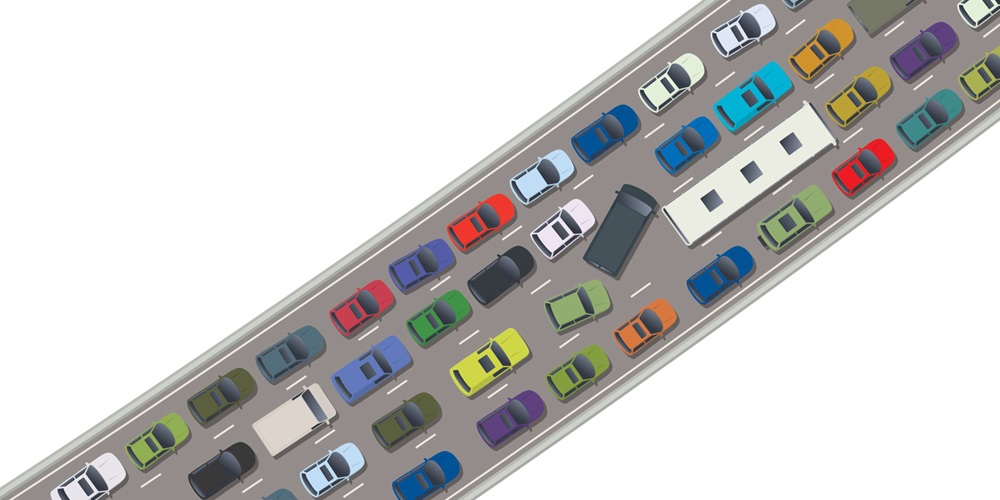 The role of cars in power consumption and generation has taken a new twist. First electric vehicles (EVs) emerged as a viable alternative to driving on fossil fuels. Then the sophistication and capacity of battery technology expanded the utility of EVs into the realm of storage on the grid. Now comes a third development.

A proposal recently approved by energy regulators in California could make the state’s byzantine freeways—notorious for their congestion and belching exhaust—into a more redeeming use as a source of electricity generation.

In April, as first reported by the San Francisco Chronicle, the California Energy Commission (CEC) voted to fund an initiative to harness piezoelectricity. Specifically, the commission will direct $2.3 million to two independent road projects designed to test the viability of scaling up the technology.

Piezoelectricity involves the installation of ceramic arrays containing neutrally charged electronic crystals beneath the road bed. When cars drive on the road bed, their weight causes the crystals to squeeze. The pressure changes the arrangement of atoms in the crystals, creating an electric current.

Piezoelectricity is used in many different forms, such as quartz watches, spark lighters for gas stoves and barbecues, and microphones. The technology has been used in road beds in other countries.

The two projects are designed to test the commercial viability of the technology. A project at the University of California, Merced, will receive $1.3 million. A second project by the company Pyro-E LLC in San Jose, Calif., will receive $1 million.

According to the CEC, the technology has great potential.

“There’s a lot of traffic in California and a lot of vibration that just goes into the atmosphere as heat,” said Mike Gravely, a senior electrical engineer and head of the research division at the CEC. “We can capture that.”