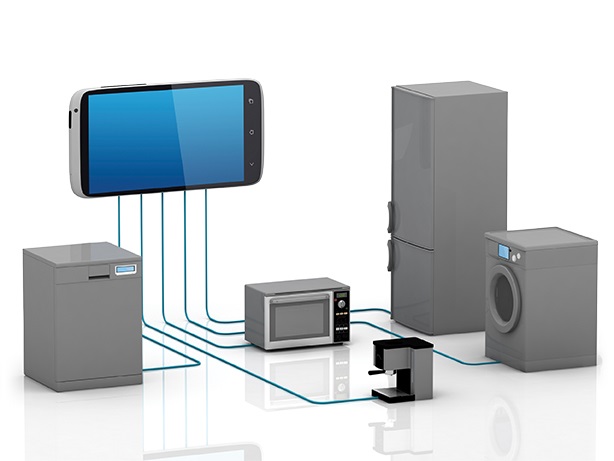 Sometimes called the third wave of the Internet, the Internet of Things (IoT) is the next technology megatrend. In residential applications, the IoT was born with devices such as intelligent, programmable thermostats and now includes a range of systems and devices that communicate and interact with each other over the Internet.

Although still very young, the IoT has already left home and is connecting physical objects in commercial and industrial applications. With organizations using the IoT to create efficiencies, a February 2015 Verizon Enterprise Solutions report forecasts the number of overall IoT connections to more than quadruple between 2014 and 2020.

According to Rod McLane, director of product management for Ayla Networks, Sunnyvale, Calif., the IoT entails embedding connectivity in physical objects to expand their functionality and provide data to the manufacturer or end-user to improve design or transmit information.

Actually, almost any industrial or commercial product is a candidate for some sort of IoT connectivity, where that connectivity would help manufacturers develop better products while also providing better quality-of-service and interaction with end-users.

“Even something as simple as an industrial shredding bin could be IoT- enabled to ensure it never overflows and to eliminate unnecessary truck-rolls when it is not full,” said Sean Lorenz, IoT technical product manager, LogMeIn Inc., Boston.

According to the Verizon report, a mix of technological, political and social factors fuels IoT growth and drives more organizations to adopt IoT-enabled solutions. For example, the use of social media and mobile communications has transformed consumer expectations, and the declining costs of sensors, connectivity and processing power has made the IoT a more viable proposition to a broader set of users.

“The IoT enables a virtually endless range of possibilities, from municipal governments developing smart lighting systems that save energy, to electrical utilities creating on-demand power-consumption plans that use Internet-­connected devices to report and respond to spikes in demand and prices,” Lorenz said.

In addition, the IoT is raising questions about how to incorporate connectivity into established products.

“As manufacturers receive data from Internet-connected products, devices and systems, they can develop newer products and get them to market quicker,” McLane said.

The IoT is growing rapidly, and the vast majority of its devices require power.

“Before the IoT, manufacturers simply could not know how products were operating or how people were really using them,” McLane said. “With the data offered by IoT connectivity, manufacturers can better understand their products’ true functionality and improve product performance, repair efficiency, warranty guarantees and preventative maintenance requirements.”

One such application is Milwaukee Tool’s One-Key connected tools that enable users to control their drill’s torque, for example, through a smartphone app.

The benefits derived from IoT-­generated data also extends to the end-user, who can monitor and control devices and systems in the home, office or industrial applications.

“The IoT is opening new consumer product and market opportunities, beginning with programmable thermostats and growing to include products, such as health monitors, Wi-Fi- connected door locks, and smartphone apps that offer whole-house control,” McLane said.

There is some resistance to the idea and implementation of the IoT.

“For most people, their devices are just fine for them until something better comes along,” Lorenz said.

There are also privacy and security concerns surrounding the IoT, such as hacking and cybertheft.

“The developers of IoT platforms are addressing these issues by creating enterprise-class security protocols that include high-level encryption and authentication processes,” McLane said.

“Understanding what devices are being connected to the IoT, how they function and what their energy requirements are will help contractors better design building and home systems and appropriately deploy and install the vast number of connected devices being demanded in high-end residential applications and in smart commercial buildings,” McLane said.

As contractors receive an increasing number of IoT inquiries from customers, they should partner with established IoT platform providers.

“Those contractors that take the time to learn about the IoT will have opportunities to deliver new services that have previously been nonexistent,” Lorenz said.