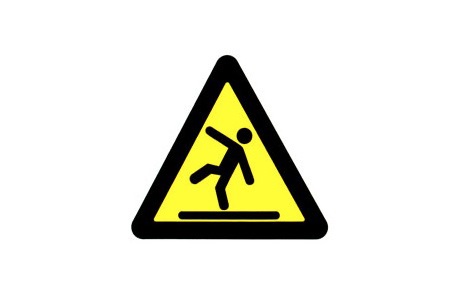 Ranked first on the list was musculoskeletal disorders (MSDs), which accounted for 32 percent of all injury and illness cases. This event category includes injuries related to lifting, pushing, pulling, holding, carrying, and throwing objects. According to Liberty Mutual, overexertion injuries cost businesses $15.08 billion in direct costs and accounted for almost one-fourth of the overall national injury burden. The good news is that, while the MSD incidence rate last year was 33.8 cases per 10,000 full-time workers, this is actually down from 35.8 cases per 10,000 full-time workers the previous year.

"Same-level falls" was in second place, with direct costs of $10.17 billion, and accounting for 16.4 percent of the total injury burden.

"Falls to a lower level" ranked third, with direct costs of $5.4 billion, and accounting for 8.7 percent of the burden.

"Struck by object or equipment" ranked a close fourth at $5.31 billion and 8.6 percent.

In fifth place was "other exertions or bodily reactions" at $4.15 billion and 6.7 percent.

These top five injury causes combined accounted for 64.8 percent of the total cost burden, according to Liberty Mutual.

The next five were: roadway incidents involving a motorized land vehicle ($2.96 billion), a slip or trip without a fall ($2.35 billion), caught in or compressed by equipment or objects ($1.97 billion), struck against objects or equipment ($1.85 billion), and repetitive motions involving micro-tasks ($1.82 billion). These five injury causes combined accounted for 17.7 percent of the total direct cost of disabling injuries.

Liberty Mutual reported that the direct costs of all disabling work-related injuries were $61.88 billion. The top 10 causes accounted for 82.5 percent and $51.06 billion of the total cost burden.