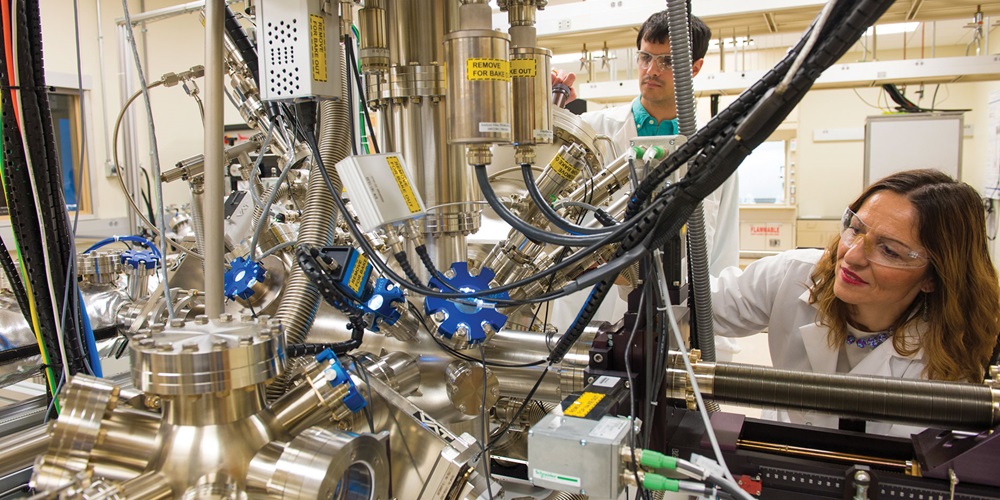 If energy storage is to become part of a utility’s power portfolio or be a distributed power market for commercial applications, all roads must lead to a better battery.

If energy storage is to become part of a utility’s power portfolio or be a distributed power market for commercial applications, all roads must lead to a better battery. Lithium-ion (li-ion) is the answer for the foreseeable future, but such batteries will have to be cheaper, more sustainable and reusable. Such goals are being pursued by the national labs and a few commercial entities. Non-li-ion batteries suited for long-duration output are also needed. Solving technological hurdles and bringing down costs are primary efforts, and some promising solutions are emerging.

“Lithium-ion batteries is not a monolithic industry,” Keyser said. “These batteries can be produced with several different cathode chemistries. We achieved a 10,000-cycle chemistry combining lithium-ion manganese oxide (LMO) with lithium titanate (LTO) and saw only a 2% degradation. We’d be happy with 10%, a very viable battery. A fast charging speed was reached as well.”

Keyser added that beyond finding ways to lower cost, the investigation of different chemistries may lead to eliminating dependence on imported materials such as cobalt.

“Higher energy batteries use the chemical element cobalt, most of which comes from Congo, a country with political difficulties. China has acquired 90% of the cobalt from that country. The LMO/LTO battery is low-cobalt. Iron phosphate and sulfur are also being explored and are materials in abundance that can be sourced in the United States. There are challenges. As you go through the chemistries, you lose densities. For EV [electric vehicle] batteries, that is not great. For stationary battery applications, however, it’s less of a problem,” he said.

Researchers are looking to advance the graphite battery anode as well.

“Silicon is great for energy density,” Keyser said. “Maybe you start by mixing in 5% silicon into graphite, with a goal of eventually transitioning to 100% silicon. Temperature issues and silicon’s expansion and contraction are a challenge. Another idea is plating the anode with lithium metal. We found the plating to be uneven, but are working on that challenge, as well.” 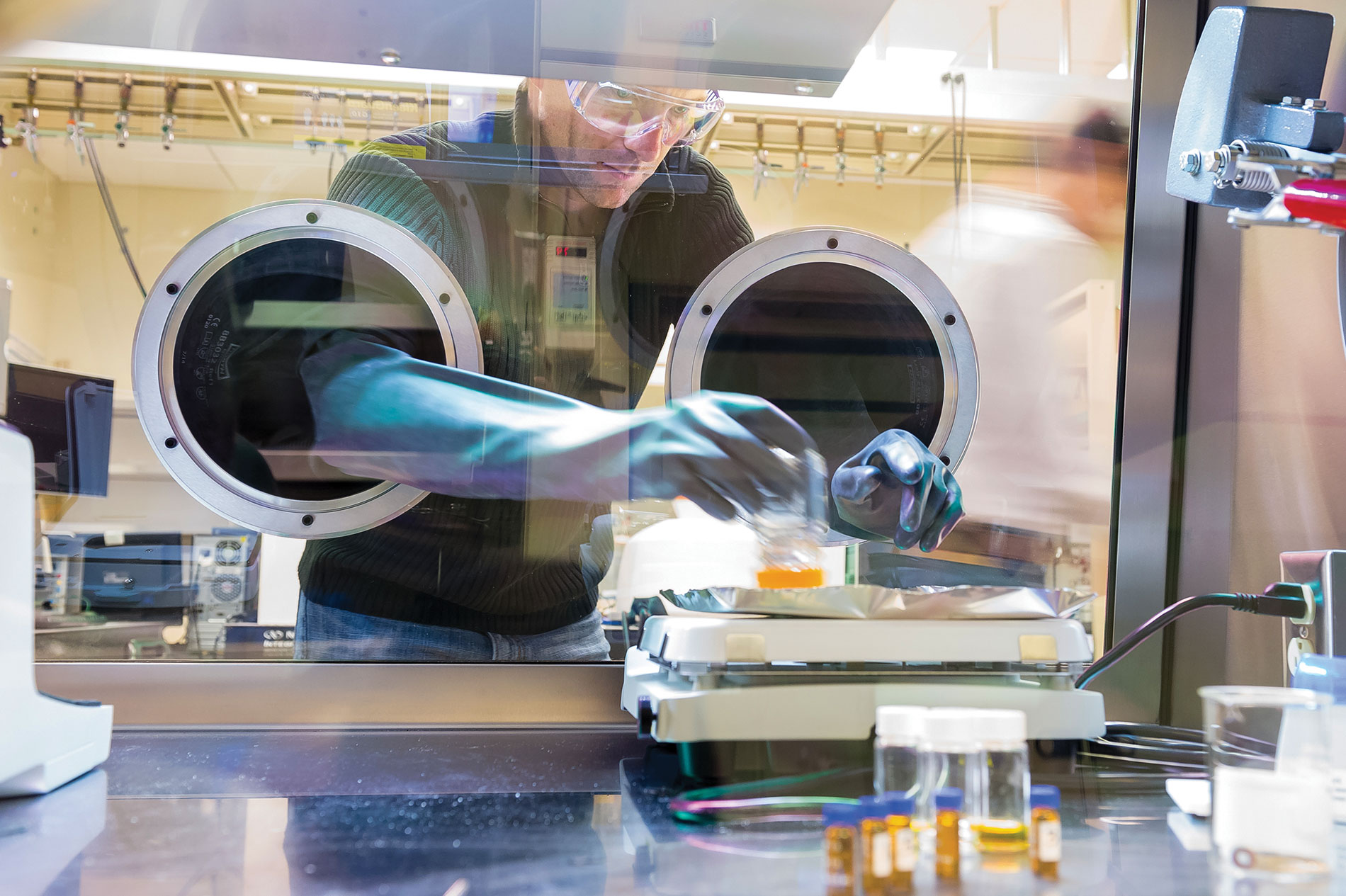 Sue Babinec serves as program lead for stationary storage at Argonne National Laboratory in Lemont, Ill., outside Chicago. “The work to develop EV batteries was foundational to the development of lithium-ion batteries for grid-energy storage,” she said. “Like EVs, lower-cost batteries are an important R&D goal such as getting the nickel and cobalt out of the cathode. You want li-ion batteries that make energy storage competitive with coal and natural gas. Charging them with solar and wind generation helps and provides another clean-power option for the grid. It also helps address the generation variability concerns of wind and solar. You also want long battery life and the necessary energy density for range and application, charge and discharge rates, and fast charging.”

Babinec added much of today’s storage needs can be met by li-ion.

“Today’s li-ion batteries are best for short duration, up to six hours,” she said. “They can be applied when shifting, say, solar power gathered during the day and using it in the evening.”

Like NREL and others, Argonne is researching different raw materials and the battery cathode to lower battery cost and extend the life.

“Nickel and cobalt are expensive,” Babinec said. “We are working on getting the cobalt from the cathode down from one-third to as low as 5%. When it comes to nickel, maybe we can replace it with more manganese. We are also looking at an iron cathode and a li-ion phosphate.”

Babinec added that some chemistry configurations have higher energy densities that affect how the battery might be used in stationary applications. “You don’t want low energy density for stationary, but it doesn’t need to be high as what transportation batteries need,” she said. “You also want your battery to last the life of the energy asset charging it—be it solar panels or wind turbines. So, at least 20 years, maybe 30.”

For applications using nine hours or more of stored energy, such as providing power during weather-related outages, research in flow batteries continues. A flow battery uses an electrochemical cell (two chemical solutions separated by a membrane). Ion exchange across the membrane produces chemical energy and electricity. Types of flow batteries today use magnesium, iron or vanadium. Vanadium, however, is very expensive.

“Flow batteries are water-based and are not flammable,” Babinec said. “Flow cells can also use lower-cost earth materials such as iron, which we are studying to produce a workable but cheaper flow battery. We are also investigating synthetic organic chemistries to replace current inorganic.”

NREL is also working to perfect flow batteries. “With an aqueous battery system like flow, you will need some sort of acid to dissolve the ion of choice,” Keyser said. “A neutral pH system would be ideal.”

Keyser estimates a perfected and lower-cost flow battery is 5–10 years away. Babinec thinks it could even be sooner.

Recycling batteries has also become an important focus as it connects with goals of advancing batteries through lower cost, and reducing the need to import metals in short supply for U.S. manufacturing. Recycling metals also means less mining. To advance battery recycling, in 2019 the U.S. Department of Energy (DOE) introduced its ReCell program. Jeff Spangenberger serves as the ReCell Center director and group leader for materials recycling R&D at Argonne.

“Our effort is one of adapting and improving batteries, be they for EVs, stationary or other applications,” Spangenberger said. “Better recycling methods is part of that answer.” 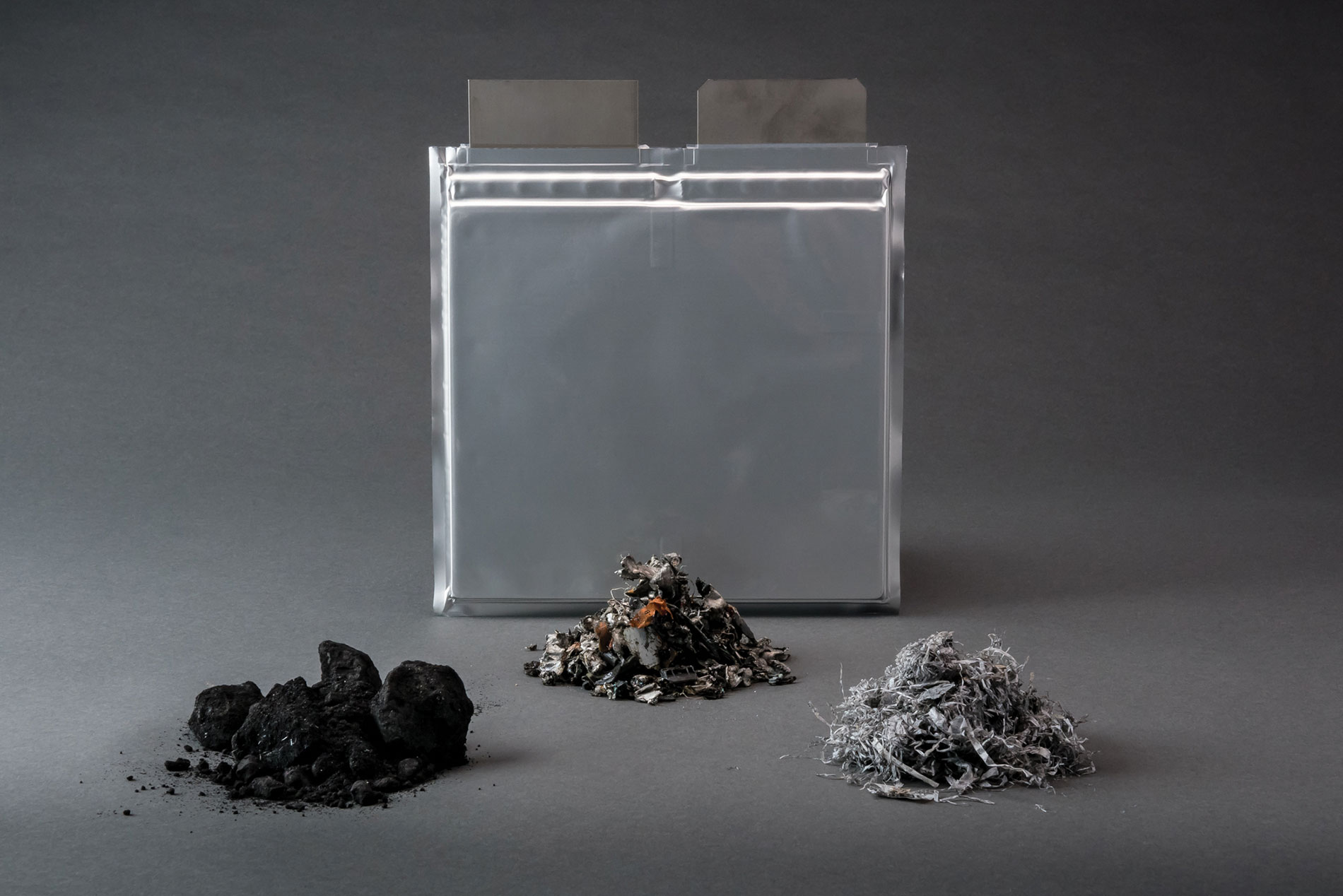 Most li-ion batteries are now going to EVs, according to Spangenberger.

“We expect to collect a lot of those batteries. So, when we talk about recycling, it’s a future action once these batteries live out their initial life. Electric vehicles powered by LMO batteries started gaining some notable adoption around 2012. LMOs have grown exponentially since then. Doing the math, 2012 batteries will be candidates for recycling [as] soon as their 15- to 20-year battery life ends,” he said.

While tackling how to recycle material from LMO batteries, ReCell program researchers are also investigating how to upcycle material to deliver a new and improved battery.

“A central focus would be material used in the battery anode and cathode,” Spangenberger said. “The cathode could be any number of materials and may be upscaled to perform better. Cathode materials can be recycled into infinity using hydrometallurgical recycling. They don’t degrade. The manufacturing of batteries generates between 5% and 20% scrap that is available for recycling right away.”

The holy grail of direct recycling

“A big focus of our work is investigating a process not yet commercially adopted called ‘direct recycling,’” Spangenberger said. “Currently, metals are recycled using one of two approaches, ‘Hydro’ and ‘pyro’ [hydrometallurgical and pyrometallurgical processes]. With pyro, you burn off the organics (anode, electrolyte, separator), leaving many of the valuable metals as an alloy at the bottom of the furnace. Some metals (e.g., lithium and aluminum), however, come out in a slag, and recovery is a difficult process. Hydro recycling shreds the original battery and uses acid to dissolve the metal ion, which is separated out into a metal salt.”

While hydro and pyro recycling had been around for several hundred years, direct recycling could be a new option.

“With direct recycling, you don’t destroy the cathode, you fix it,” he said. “This is where upcycling could play a role, allowing you to produce a better battery from the original.”

For now, there are many direct recycling challenges. Spangenberger cited the need to develop highly effective separation techniques, working with an end-of-life battery with a cathode chemistry that is 15–20 years old and the expected physical damage to the cathode material.

Achieving cathode purity in recycling is also important. Because half the cost of the battery is the cathode’s raw material, and its processing the second half, Spangenberger feels direct recycling offers great cost savings potential. The DOE is hoping to build industry interest.

“I think recycling will become critical,” Spangenberger said. “We will need to drive down cost as we decarbonize and support battery use. As the electric grid further taps wind and solar power, battery energy storage will grow, offering the potential to replace coal, perhaps reduce the use of natural gas in peaking operations. The more we turn to batteries, the bigger the effort to recycle and recycle well.”

The ReCell effort to date has involved scaling up workable bench-scale work.

“We have recycled the cathode and are proving out if we made a better battery,” Spangenberger said. “A multiyear pilot phase is next. Success will build. If we can successfully recycle one kilogram of material (metals/carbonite), then we move up to tens of kilograms. We also work closely with industry. They take the lead with licensed, proven work.”

Companies continue to build off from what the labs have developed. In two recent examples, Sparkz Inc., Livermore, Calif., is piloting its American-made, cobalt-free, li-ion battery. They have partnered with ORNL and Lawrence Berkeley National Laboratory. ESS Inc., Wilsonville, Ore., is now offering a lower-cost, iron-flow battery.

Expect the race for a better battery to intensify as broader attention is paid to energy storage, and the appreciable adoption rate and interest in EVs. The race is on.