Win-Win in the Windy City 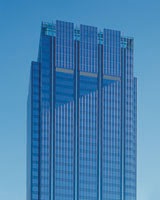 When 94-year-old Gibson Electric & Technology Solutions received the opportunity to get in on the ground floor of one of Chicago’s major high-rise building projects, the electrical contracting company’s approach in tackling the challenging job was the modern-day concept of design/build.

One of Chicago metropolitan area’s largest electrical contractors, Gibson Electric’s work spans the gamut from high-end residential to commercial/industrial/institutional as well as to projects related to roadway installations. Drawing on its wide and varied experience, it applied this body of knowledge to the high-rise design/build task. The goal: Accomplish the job in the most efficient manner, which at the same time would generate savings in both time and money on the 51-story building project in Chicago’s downtown West Loop.

While the goal was simple, what were the time- and money-saving benefits inherent in the design/build format that made achieving it possible? Many.

Design/build provided Gibson Electric with intimate knowledge of the building before installation work began. It made managing the project easier and resulted in fewer work order changes. Problems that cropped up could be solved quickly. Closer coordination was achieved with the builder and others involved. Knowledge of best products and right equipment for building was able to be used. Overall, these and other factors were the keys to the savings generated by Gibson Electric’s design/build approach.

Design/build is not new for the company. It has participated in the format’s delivery on other projects. However, the company’s selection to do design/build on the 111 South Wacker Building was its largest such undertaking, according to Carmen Z. Manno, Gibson Electric senior vice president.

The electrical contractor, which is headquartered in nearby Oak Brook, Ill., is a wholly owned subsidiary of EMCOR Group, a Fortune 500 company specializing in electrical construction, energy infrastructure and facilities services. It was selected for the project by Bovis Lend Lease Inc., the project manager, and The John Buck Co., the developer. Working with Goettsch Partners Inc., the architectural firm, Gibson Electric served as the electrical engineer of record on the 111 South Wacker project, designing the electrical infrastructure, distribution, and core and shell build-out. Manno noted that the only thing Gibson Electric did not design was the layout of the architectural lighting in the lobby.

“We don’t have a separate [design/build] department,” Manno said. “We have a preconstruction department that will start the budgeting, owner relations, layouts, etc. And as it progresses into a project or a commitment by an owner, then we turn it over to project managers.”

Manno said Gibson Electric, with about 300-plus people in the field and 50 in the office, has between six and eight involved in design/build. To bolster design/build capabilities, he said, in-house training is conducted on various aspects, and the importance of relationships with clients and vendors is stressed. But Gibson Electric’s design/build efforts extend well beyond the office, focusing on marketing to aid in winning new contracts.

Manno said marketing design/build can take many forms, one being personal contacts at meetings, conventions and other gatherings involving architects, general contractors, engineers and brokers. He said brochures and articles about past jobs are other marketing tools. In Gibson Electric’s case, there’s another tool in its marketing arsenal.

“Its projects,” Manno stressed. “The 111 Wacker is probably the most popular of all because of all the numerous awards that have been given to it here in Chicago and nationwide. And these have caught the attention of everybody out there—architects, engineers, designers, students. It brought to light what we do, and it’s been the greatest advertisement we’ve ever had for [design/build].”

Perhaps one of the most prestigious awards 111 South Wacker received was the world’s first Gold LEED-CS certification given by the U.S. Green Building Council to a speculative high-rise office building in the core and shell program. LEED, which stands for Leadership in Energy and Environmental Design, encourages and guides collaborative, integrated design and construction processes that optimize environmental and energy factors.

Gibson Electric’s contribution to the project earning the LEED award, Manno said, was through its design/build planning that focused on using as many renewable resources as possible and, if feasible, to purchase items and supplies containing recycled material. In addition, he said, every effort was made to purchase goods within “a 500-mile radius to cut down on trucking costs and fuel costs and things like that.”

It was with costs in mind that Gibson Electric began work on the multimillion-dollar contract in 2002. Manno said feasibility studies on the 1,456,000-square-foot building were launched in June and actual work started in November. Gibson completed its work on the structure in March 2004. The building was sold later that year to the German investment firm of DIFA Deutsche for $410 million.

At the height of the work, Gibson Electric’s crew on the job numbered about 50. Workers installed the building’s main power and lighting, power generation and lobby lighting systems. In addition, Gibson Electric provided lighting and power branch distribution and could count fire alarms, a telecommunications backbone, emergency power generation and area rescue assistance systems among its other work.

In the course of the project, Gibson Electric installed approximately 500,000 feet of conduit raceways for utilities and power and lighting systems as well as raceways for telecommunications and security systems. It used 850,000 feet of wire and cable. Also installed were 6,200 feet of linear lighting; 2,300 fixtures; 288 pieces of power, lighting and distribution equipment; and 2,100 switches and receptacles.

As far as what was required to do this installation work, with the exception of some rented manlifts to get into some high ceiling areas, Gibson Electric did not have to bring in any special equipment. It was able to use a crane already on the job.

“When the crane operator picked up his material for each floor, we had our material in there, too,” Manno said. “We designed it and preplanned it so that we wouldn’t have to bring in our own crane.”

Preplanning extended to other aspects of the project. The company physically mocked up two restrooms for the structure in an adjacent building and coordinated the work with its CAD department to test and fine tune the design before actually moving ahead on the work in 111 South Wacker.

How did extra efforts like this and Gibson’s overall design/build approach save time and money for both the electrical contractor and the project in general?

Manno explained that on a contract where design/build is not used, a significant time lag can occur if a question or consultation is required on a change or a problem.

So a typical RFI on a plan-inspect project, he continued, could take up to two or three weeks for an answer. Manno noted some RFI responses can take longer. On the other hand, he said, a design/build question is usually resolved within hours.

“Savings in time is huge to the owner,” he stressed. “You can save weeks on one little issue.”

Citing an example, the Gibson official said, “The location of an exit sign can take up to three weeks [on a non-design/build project], and it’s something we would resolve within hours.”

On the 111 South Wacker project, Gibson Electric’s design/build role brought it in as a participant in key meetings—sometimes two and three times a week—with the architect, engineers, various craft trades and others to coordinate and make adjustments required. Change requests and other issues could be handled at these meetings, avoiding delays that would otherwise slow down work and drive up costs.

Design/build enabled Gibson Electric to drive down costs, Manno said, because the company had two important advantages. Being an integral part of the project from the beginning, it knew the job better. This fact resulted in fewer changes and/or modifications once work started. Manno said because of design/build, changes and modifications amounted to probably “a tenth” of those on a non-design/build job.

The second advantage—the company’s years of experience in the field—enabled it to “buy” the job better when it came to fixtures and other items and equipment required for 111 South Wacker.

Manno said, “We know the job better, so we can purchase the [best] materials, and we can design them in a certain way to assist us. We can design switchgear and lighting control panels that are familiar to the guys we have working for us. User-friendly stuff, stuff that really doesn’t go out of date; that makes it easy for the owner to take over and maintain.”

Design/build, Manno said, extends to vendors, too. “We’ve got vendors from the distribution switchgear side and the lighting side that work closely with our design/build group.”

He said these relationships enable Gibson Electric to better interact with them in quickly coming up with solutions to problems that might otherwise delay progress and increase costs.

Manno said if there’s one requirement to make design/build work, it’s thinking, and it’s often “outside of the box” when it comes to solving a problem.

“It’s a never-ending project,” he pointed out. “There’s never really one way to do it.”

But ultimately when it comes right down to it, he stressed, “I think it is the relationship between the owner-developer, the architects and the trades that makes this design/build work.

For Gibson Electric, “it is something we want to continue to do more of—it’s growing,” Manno said.

Based on the time and cost savings generated by the design/build approach, both Gibson Electric and the developer benefited, making the situation a win-win in the Windy City.    EC