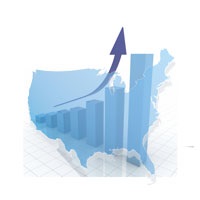 Electricity generation and sales reached record levels in 2007, according to Electric Power Annual 2007, re-leased in January by the Energy Information Administration (EIA). Following a year of relatively weak growth in 2006, net generation of electric power increased by 2.3 percent, rising to 4,157 million megawatt-hours, and retail sales rose by 2.6 percent to 3,765 million megawatt-hours in 2007.

Continued economic growth in 2007—combined with changes in winter and summer temperatures relative to 2006, which added to electricity use for space heating and cooling requirements—contributed to the increase in electricity sales.

For the first time, nonhydroelectric renewable energy, led by wind power, was the leading source of new electricity generating capac-ity. Drought conditions contributed in the West and Southeast, creating a

Net generation at nuclear plants increased slightly in 2007 to 806 million megawatt-hours, despite a small decline in net summer ca-pacity. The average capacity factor for the nuclear generating fleet was 91.8 percent, an all-time high.