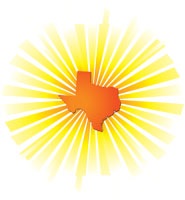 According to the Wall Street Journal, the Texas Senate has voted to create a statewide solar energy rebate program, making it easier for homeowners and business to tap into the power of the sun.

The bill, by Sen. Troy Fraser, R-Horseshoe Bay, would set up a $500 million fund to help pay for the cost of installing solar technology. Fees on monthly electric bills would pay for the fund. The bill would require developers to offer solar options in new housing subdivisions of 50 homes or more. It also would prohibit homeowners associations from banning solar installations in most cases.

At least 30 percent of the $500 million would be dedicated to small-scale installations. The legislation, which awaits a vote by the Texas House of Representatives, also bars homeowners associations from prohibiting residential solar panels. Jim Marston, head of the Texas chapter of Environmental Defense, said the rebates should bring Texas about 250 to 500 megawatts of solar-power generation, which now costs more than other electricity sources but is being helped by government support and falling manufacturing costs.

The federal Energy Information Administration reports there currently are 590 megawatts of solar-generating capacity in the United States, with that figure expected to grow to 900 megawatts by 2014. The bill requires that Texas get 3,000 megawatts of its electricity from renewable sources other than wind.

“These new bills would bring [Texas] into the forefront of states that have solar incentives and possibly help make them a leading producer of solar electricity,” said Glen Andersen, who tracks renewable energy for the National Conference of State Legislatures.