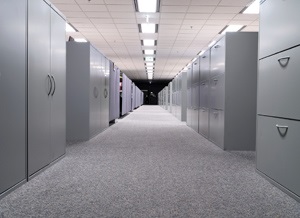 Lighting can be contolled for different purposes. Significant energy savings can be achieved with automatic intelligent control of lighting. Instead of all the luminaires in an office building turning on every morning at the same time, for example, they can be programmed to come on only if someone is in the room or in particular areas only during the hours they are in use. Lights in a storeroom can be dimmed until it is occupied.

Occupancy sensors can be easily installed in enclosed spaces, such as conference rooms, restrooms and corridors. These sensors respond to motion by using passive infrared (PIR) detection, ultrasonic sensing or a combination of the two. PIR sensors detect the difference between radiated heat from people in motion and normal background. They are limited to line-of-sight and generally can sense a full body in motion to a distance of about 40 feet or the motion of a hand to about 15 feet.

Ultrasonic sensors work by measuring a shift in frequency between the signal they transmit and the signal that is reflected back. They do not require line-of-sight and can sense hand motion up to 25 feet away. But their sensitivity makes them prone to nuisance switching. That problem is addressed by using dual technology sensors, which are configured to use PIR sensing to detect major motion associated with an occupant entering a space to turn lights on, then using both PIR sensing and ultrasonic sensing to keep lights on while the area is occupied.

When the lighting control is a dimmer rather than an on/off switch, the control can be integrated with an ambient light sensor to vary the electric lighting, achieving a desired total level of illumination. The electric light contribution is decreased as the daylight contribution increases. This technique is called daylighting control, which—according to the Lighting Controls Association Institute Education Express—can generate 35 to 60 percent energy savings. It defines daylighting as the use of daylight as a primary source of general illumination in a space. According to the Lighting Controls Association, research has shown daylight can improve user satisfaction and performance, as well as retail sales, characteristics that can make daylit buildings more valuable and marketable.

A number of manufacturers offer lighting control panels, which can program lighting scenes by location, time of day, occupancy and ambient light sensing, and communicate with a building-wide network. For example, the Square D Powerlink system controls lighting for an entire office building and also can connect to the BACnet network, which is designed to coordinate all of the building systems. Powerlink combines circuit protection, power switching by means of motor-operated circuit breakers, and intelligent control in a single panel. By hooking up a laptop, one can schedule lighting according to a built-in astronomic clock so that, for example, parking lot lights come on at sunset based on the day of the year, and lighting in different sections of the building, such as offices, storerooms and lunchrooms, also are scheduled based on the electronic clock. The unit accepts inputs from occupancy sensors and other dry contact switch closures. A facilities manager can create a schedule and thereafter monitor the real-time status of lighting systems throughout the building. Since the 3000 series is Web-enabled, both monitoring and modification of the schedule can be done remotely within the building or anywhere over the Internet.

Square D Clipsal Area Lighting Panels, which are designed for offices or classrooms, include relay outputs to control groups of lights and both phase-controlled dimmer outputs for incandescent luminaires and 0–10V outputs for dimmable fluorescent ballasts. These panels can accept switched inputs from keypads in order to produce programmed scenes. Because they also accept analog inputs from light-level sensors, they can be used for daylight harvesting schemes by controlling a group of luminaires based on the total measured illumination in an area, including sunlight coming in from windows or skylights. These panels can be configured locally or as part of the Powerlink system.

Lutron Electronics Co. provides daylight harvesting systems that control overall illumination and integrate the ability to control motorized window shades. Lutron’s products address the concern that if you’re relying on the sun for illumination, you should have a means of minimizing glare and heating effects.

But there are countless examples of similar products. Many other manufacturers are focusing efforts on lighting control and further integration with building systems. In future columns, I’ll explore some of these. It’s an exciting world of possibilities.

BROWN is an electrical engineer, technical writer and editor. He serves as managing editor for SECURITY + LIFE SAFETY SYSTEMS. For many years, he designed high-power electronics systems for industry, research laboratories and government. Reach him at [email protected].