Rise of the Copper Caper 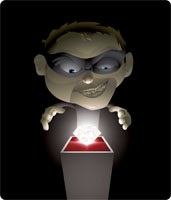 The demand for salvaged copper is increasing nationwide, and in New Orleans, it has spurred an unprecedented level of property crimes at schools, businesses, homes and elsewhere, according to the New Orleans Times-Picayune.

In April, the city council implemented a law that requires scrap buyers to record the names and phone numbers of sellers and photocopy sellers’ driver’s licenses.

“We’re not trying to stop legitimate economic development; we’re trying to stop crime,” said Cynthia Willard-Lewis, New Orleans councilwoman. Scrap buyers are not allowed to resell aluminum or copper for at least 15 days, and records need to be kept for at least two years. Violations can result in fines and jail terms.

Starting in October 2007, another ordinance would place a 12-month moratorium across the city on permits or licenses for new scrap metal dealers. ISRI’s Bryan McGannon has suggested establishing a theft-alert system under which large thefts would be reported to scrap yards so that scrap brokers would have an idea of what to look for.

Copper is being stolen from air conditioners, electrical wiring and water pipes. Pilferers often target homes that are under construction, demolished or exposed, and middlemen have emerged who offer to pick up scrap from homes and provide a small amount of money, transporting the metal to recycling centers, police say. According to New Orleans Police Department Capt. Gregory Elder, some thieves even dress like contractors at work sites.   EC