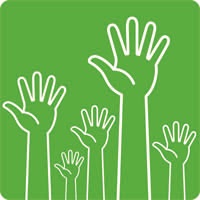 A new report finds that every renewable job created by the Spanish government closed an average of 2.2 other jobs. Moreover, the study found only one in 10 jobs created in Spain were of a permanent nature, with two-thirds consisting of temporary jobs in construction, fabrication and installation jobs; one-quarter were positions in administration, marketing and projects engineering; and one of 10 was re-lated to more permanent operations and maintenance of renewable power systems.

According to the study, if U.S. subsidies to renewable producers achieve the same result, the United States could lose 6.6 million to 11 million jobs while it creates three million green jobs.

The report, “Study of the Effects on Employment of Public Aid to Renewable Energy Sources,” was prepared under the direction of Dr. Gabriel Calzada, an economics professor at Juan Carlos University in Madrid.

“Spain’s experience reveals with high confidence, by two different methods, that the United States should expect a loss of at least 2.2 jobs on average, or about nine jobs lost for every four created, to which we have to add those jobs that nonsubsidized investments with the same resources would have created,” Calzada wrote.

The study calculated that, since 2000, Spain spent $774,000 to create each green job, including subsidies of more than $1.3 million per wind industry job. It found that creating those jobs resulted in the destruction of nearly 113,000 jobs elsewhere. Specifically, jobs were lost in the fields of metallurgy, nonmetallic mining and food processing, beverage, and tobacco.

Calzada’s immediate concern is that the United States is modeling its green industry restructuring efforts after Spain, as President Obama has referred to Spain as an example of alternative energy reform. It is uncertain what, if any, effect this model would have on the electrical construction industry.