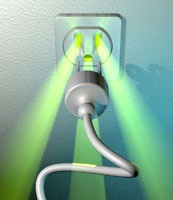 Some proponents of renewable power feel that, in the not too distant future, these energy sources could provide far more power worldwide than previously imagined.

According to a report released in May by the United Nation’s Intergovernmental Panel on Climate Change, renewables could become the predominant source of electricity by 2050. In a best-case scenario, they could provide nearly 80 percent of the electricity consumed around the globe.

The document, “Special Report on Renewable Energy Sources and Climate Change Mitigation (SRREN),” reflects the findings of more than 120 researchers who collaborated on the study. They considered more than 160 hypothetical scientific scenarios, analyzing four of those scenarios in-depth.

The scenarios considered the possible penetration into world energy markets by the year 2050 for six sources of renewable power: bioenergy, solar, geothermal, hydropower, ocean energy and wind power.
The best-case scenario projects that renewable power could provide 77 percent of the world’s energy demand by 2050. That amounts to about 314 of 407 Exajoules per year. To put that into perspective, the report notes that 314 Exajoules represents more than three times the annual energy supply in the United States in the year 2005.

While the other scenarios’ projections were less dramatic, the authors feel they have good cause for optimism. The report notes that renewables contributed to almost half—140 out of 300 Gigawatts (GW)—of the new electricity-generating capacity added globally between 2008 and 2009. It also notes that more than 97 percent of the globally available technical potential for renewables is currently used. Simply put, renewables are a resource with massive untapped potential.