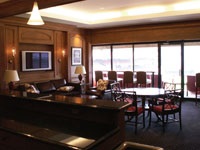 Baseball has made a home for itselfin St. Louis since 1892, when the local team played in Sportsman’s Park. The city’s sports venue has seen two other incarnations since then: one in 1966, when Busch Memorial Stadium opened and again in 2006, as Busch Stadium reopened.

The site occupies a portion of the former stadium’s footprint and opened for major league play on April 10, 2006, with the St. Louis Cardinals defeating the Milwaukee Brewers in a 6-to-4 game played on natural grass. A commercial area, nicknamed Ballpark Village, is adjacent to the new stadium and occupies the remainder of the former stadium’s footprint. The venture was financed through private bonds, bank loans, a long-term loan from St. Louis County and money from the team owners. The entire development cost is approximately $646 million, with the stadium accounting for about $350 million.

Designed by HOK and HOK Sport, Kansas City, Mo., and built by the general contractor and design/builder Hunt Construction Group, Indianapolis, the 1.5-million-square-foot stadium was erected in three phases, beginning with the construction of the south side. The second phase included the demolition of the old stadium, and the third phase was the construction of the north side. The stadium’s total seating capacity is 46,861, including around 2,900 spaces for standing-room-only tickets for the general public, suites and party rooms.

Before the Cardinals even selected Hunt Construction as the design/builder, the electrical team from Sachs Electric Co., Fenton, Mo., had reviewed the design criteria and produced estimates for the new ballpark on two separate occasions.

“Our relationship with the Cardinals dates back to the original stadium, where we installed the electrical lighting in 1940 and performed the electrical and scoreboard installation in 1966,” said Rob Moeller, vice president, Sachs Electric Co. In September 2003, the company’s preconstruction efforts were rewarded with the $30-million contract for the installation of the general power, lighting and fire alarm and security systems for the entire facility, including the offices, private clubs and suites, and the retail and concession areas.

“We worked in conjunction with Hunt Construction, HOK Sport and ME Engineers of Denver on integrating the owner-approved value engineering into the design and on coordinating the installation drawings from all the trades,” said Clayton M. Scharff P.E., Sachs Electric’s president. In addition, throughout the planning stages, Sachs’ designers would evaluate the design and construction options to determine the feasibility of alternate proposed methods and to keep the project within budget.

According to Sid Perkins, project executive for Hunt Construction Group, Sachs Electric was chosen for this project because it is a local firm and because of the broad experience of its work force.

“We prefer to work with local firms because they understand the labor force, and Sachs’ electricians are extremely qualified with a broad range of experience in both traditional electrical and low-voltage installations,” he said.

Seventy electricians mobilized in April 2004 to begin the actual installations of the stadium’s electrical power infrastructure; the emergency power system; lighting for the concourses, suites, clubs, offices, retail and concession areas; lighting controls; sports and site lighting; and the security and fire alarm systems. From the very beginning, the owner’s hard and fast requirement that the project be completed by opening day, April 10, 2006, was the driving force behind every decision made by the construction team.

The first order of business was power. The primary 15 kilovolt (kV) incoming service was provided by the local utility from its underground, looped-fed circuit, for which Sachs installed the primary switchgear outside the stadium. The feeders and circuit breakers then were run to the four main substation rooms in the underground basement.

“Within each substation room, the 15 kV power was stepped down to 480 volts through two parallel switchgears, all of which were tied together,” said Rich Zuroweste, P.E., senior project manager for the electric installation. From the eight parallel switchgears, power was distributed vertically throughout the stadium to 50 satellite electrical rooms.

“Each satellite electrical room houses the panelboards and dry transformers that power the lighting and devices throughout the entire stadium,” said Jim Langford, general foreman for the electrical portion of the project.

For emergency backup power, Sachs Electric installed two diesel-powered generators, which are located near the primary switchgear. The 800- and 900-kilowatt generators provide 480-volt power in case of an outage. However, it would take a failure of all three (primary, secondary and emergency) incoming feeders supplied by the utility for the generators to sense a power failure and for its eight automatic transfer switches to activate.

Lighting for the stadium included 200 types of fluorescent lighting fixtures, for a total of 11,000 light fixtures, all of which are controlled by a computerized system with a graphic operator interface to allow lighting to be controlled remotely. The sports lighting system boasts 680 fixtures installed 200 feet off of the stadium’s infield with 277-volt, 2,000-watt metal-halide light sources. Metal-halide also was the light source of choice for the 15-foot pole, planter-box and uplighting for the stadium’s perimeter, sidewalks, statues, entrances and parking lot.

“Major League Baseball (MLB) representatives test lighting levels at all U.S. ballparks and declared that Busch Stadium was the best-lit stadium in the country,” Zuroweste said.

Thirteen card access readers and 25 closed-circuit television surveillance cameras make up the stadium’s security system. The card access readers, wired with twisted pair cabling and terminated at the panel in the main security control room, were installed to restrict access to offices, personnel entry points around the stadium and ticket sales and other sensitive areas. Both the fixed and pan-tilt-zoom cameras, wired with coaxial and power cabling, were installed in public areas and can be watched by security personnel in the control room from two monitors with split screens. Digital recorders also allow staff to review activity.

“The fire alarm system was integrated with the public address system for voice evacuation instructions in case of an event,” said Kris Huels, systems senior project manager. In addition, one annunciator for firefighter use was installed, and the entire system is connected directly to the local fire department for immediate notification of an event.

Some of the special challenges faced by Sachs while working on the stadium included the demanding schedule, limited workspace and an operational stadium closing its final season just 20 feet away.

“Our most significant challenge was completing 75 percent of the work from January 2005 to March 2006,” said Gordon Wright, superintendent. Such a tight schedule, partially stemming from the fact that left and center fields could not be built until the old stadium was razed, required significant planning and a three-shift operation with selective overtime. “In addition, to facilitate the demolition of the old stadium, we adjusted the sports lighting according to the specific working area of the demolition crews, allowing work to be performed around the clock,” Wright said.

Due to the lack of on-site space, contractors were not able to store materials at the job site. Sachs used its prefabrication shop to perform many preconstruction assemblies, which allowed the company to sync deliveries to the stadium with the construction schedule and save more room on-site for installation purposes.

Finally, as the 2005 season was coming to a close at the old Busch Stadium, it was important not to interrupt activity there.

“Our familiarity with the old stadium allowed us to better coordinate the team’s efforts between the two facilities,” Wright said.

Perkins noted that Sachs was always pushing the schedule, ensuring materials were always available while working closely with other trades to be certain the work was completed on time.

“Sachs’ well-organized work force and experienced supervision at all levels were integral to the project’s success,” Perkins said.