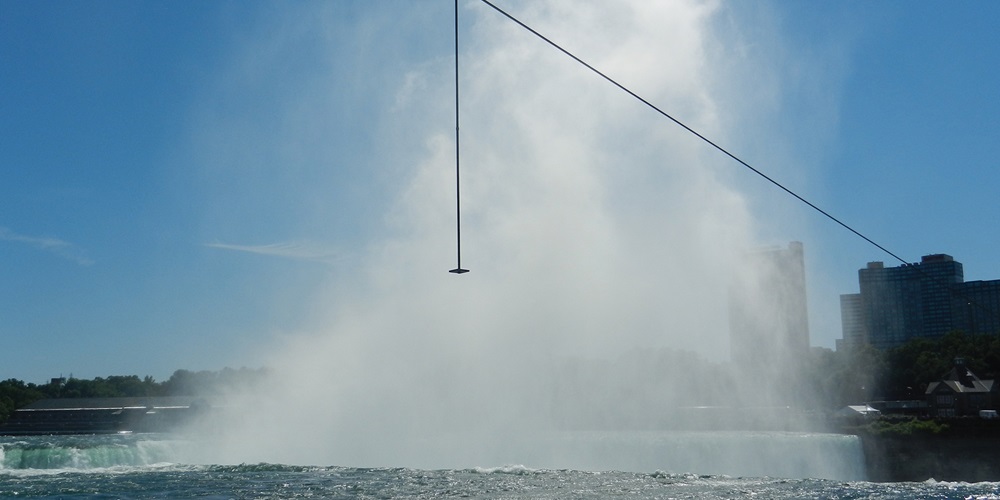 Nik Wallenda made headlines on June 15 as the daredevil, scion of the famous Flying Wallenda family, walked across a 1,800-foot-long cable suspended over Niagara Falls. While much discussion focused on the characteristics of the cable that supported him, the electrical contractor that installed the cable literally under his death-defying feat remained comparatively unsung.

O’Connell Electric Co., Victor, N.Y., answered a call from Nik Wallenda himself, and when COO Tom Parkes first picked up the phone, he thought it was a prank. Apparently, Wallenda considered several contractors but, ultimately, entrusted his stunt to O’Connell because of its experience installing high-tension transmission and distribution utility lines.

The task was relatively simple; however, the environment of the crashing falls below and the danger of the stunt required 10 months of precise engineering and planning from O’Connell. The crews from IBEW Local No. 1249 began by securing micropiles 65 feet underground on both the U.S. and Canadian sides of the waterfall. Crews worked at night during the week preceeding the stunt so as to not interfere with tourism operations.

Since the cable weighed 7 tons, a helicopter first had to assist in suspending a lighter, high-tension wire. O’Connell crews unspooled the 7-ton cable between the micropiles, using machinery and the lighter wire as a guide, and then raised the tension to 60,000 pounds.

Using baskets specifically designed for the project, linemen dangled over the falls in a stunt in its own right, and they attached stabilizers to prevent the cable from rolling or swaying.

With the world watching a prime-time telecast on ABC, Wallenda successfully completed the walk, becoming the first in history to cross directly over the falls.