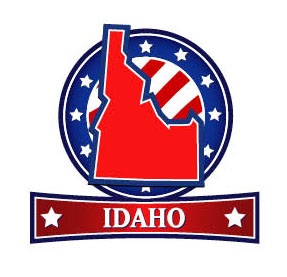 Idaho residents now enjoy the lowest average electric rates in the country when they tied with Wyoming in May 2009 at $6.02 per kilowatt-hour. Compare that with the two highest: Connecticut at $17.12 and Hawaii at $18.92 per kilowatt-hour. It is understandable then why Idaho wants to keep rates low to attract business investment along with the accompanying new jobs.

Like several Northwestern states, Idaho enjoys a natural generation edge. According to the Idaho National Laboratory, approximately 90 percent of the state’s electricity comes from hydroelectric, 5 percent from other renewables and a combined 5 percent from coal, natural gas and other sources. However, much of Idaho’s hydroelectric capacity will be undergoing federal relicensing that may result in substantial cost increases, and coal-fired generation is exposed to expected stricter regulations for carbon dioxide and mercury emissions.

To maintain their energy advantage, Idaho public utilities have comprehensive plans to meet the need for new baseload generation resources while diversifying into clean technologies, such as more hydro, low-emission natural gas, bioenergy, geothermal, wind and solar. New coal-fired technology is unlikely. The state also has to build transmission infrastructure to handle these new energy assets.

Toward these objectives, Idacorp Inc. and its principal subsidiary Idaho Power, one of the state’s largest public utilities, recently announced it would finalize its 2009 integrated resource plan (IRP) by the end of the year. The IRP is an integrated, collaborative resource strategy process among Idaho Power resource and planning experts, and government, public, customer and environmental stakeholders.

Idacorp Inc., a holding company formed in 1998 to allow it to compete in both the regulated and nonregulated businesses, grew from Idaho Power, which began operations in 1916. Today, Idaho Power employs more than 2,000 and serves 487,000 customers in southern Idaho and eastern Oregon with 17 hydroelectric projects on the Snake River and its tributaries, the core of its generation portfolio.

Idaho Power’s IRP dates back to 2004, has been continually updated and recently resulted in the authorization of the new 300-megawatt Langley Gulch Power Plant that will be built at a remote site in Payette County. Construction is expected to begin next year and be completed by the end of 2012. In addition to increasing Idaho Power’s baseload generation, this clean, natural-gas-powered plant will improve service reliability and help integrate and deliver new, intermittent renewable resources, such as wind.

In addition to the focus on demand response and energy efficiency, the IRP intends to reduce the utility’s carbon dioxide emissions in anticipation of potential federal cap and trade regulations; invest in resource alternatives, including a solar-generation feasibility study; evaluate new modular nuclear technologies as part of a regional study; study the feasibility of a combined heat and power project; and consider proposals for the acquisition of up to 150-megawatts of wind generation.

“Our collaborative IRP process is the proper forum to plan for these issues and the best way for our company to balance goals to reduce greenhouse gas emissions with reliability, cost and government-mandated obligations,” said Mark Stokes, Idaho Power’s power supply planning manager. “We see this process as a continuous commitment, and by regularly raising the bar and asking the tough questions, our strategy will evolve.”