To Hire or Not to Hire 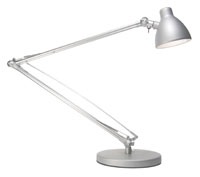 The question of whether to hire a lighting designer is complicated because of its simplicity. Many ECs interviewed for this article answered quickly in the negative. However, with some thought, most, but not all, expanded the question. Do you mean on staff? Do you mean on every project? Are you referring to design/build? Residential or commercial?

Others made such comments as: “We sometimes do our own lighting design,” “I call our distributor,” or “I didn’t until a few years ago.” Most agreed they don’t usually hire lighting designers, a role they said architects or owners usually assumed. That arrangement may change in the future, though, due to advances in lighting technology, popularity of design/build as a construction method and increasingly stringent energy restrictions.

Add growth of the lighting design field to that list.

“When I got out of school, there were no specialty lighting design firms in the San Francisco Bay Area. Now, there are 20 to 30. The industry has progressed as lighting has become more and more specialized,” said Lynn Cass, project manager, Rosendin Electric, San Francisco.

That doesn’t mean, however, that the growth affects electrical contractors. There is a growing expectation that more attention be paid to lighting than has been paid in the past, due to both the public’s interest in design and concerns about energy consumption. That being said, on most projects, when there is a call for lighting design not handled through the normal channels, many of the larger electrical contractors interviewed said their firms were on top of the situation, and they depend on the expertise of their staff rather than on lighting designers to handle the challenges.

Contractors who have an employee on staff with a wide knowledge of fixtures also can benefit from that expertise. Lynn Cass has an extensive background in project management and also in lighting design. Now with Rosendin Electric, she formerly worked for Cupertino Electric and was the dedicated lighting/lighting control project manager on the construction of the award-winning de Young Museum in San Francisco. She coordinated her efforts with Adam Spillane, Cupertino’s executive project manager.

“It was advantageous to have someone of Lynn’s background on the project,” Spillane said. “We didn’t do color selection and layout and fixture selection, but we used her knowledge to ask the right questions of the manufacturer and the lighting designers so we could install correctly.”

“I don’t do lighting design,” Cass said, “but I use my knowledge and apply it to construction problems. For example, if it is not possible to get a product to the site to meet the construction schedule or if a fixture won’t fit due to conflict, I can make a recommendation of another product that might work since I know a lot of manufacturers’ products intimately.”

Knowledge like hers can financially benefit the electrical contractor in a way that a lighting designer’s might not. “Many fixtures may produce the same or similar results from a lighting standpoint, but they may be very different from an installation standpoint,” she said. “One might be much easier to install than another and, therefore, use less labor.”

Working with the choices made by a lighting designer is not always a path contractors like to take. “Lighting designers do a great job, but the problem is that they don’t seem to be cost-sensitive. They choose some of the more expensive lighting fixtures,” said Clark Thompson, president and CEO, Neal Electric, Poway, Calif. “Owners call us in and ask us to spend time and effort to get a job that a lighting designer has done back in budget. Quite often, a lighting designer chooses a downlight that is highly specified but is expensive. When we look at an application, we have a pretty good idea of what light fixture will meet that appli-cation and what manufacturer offers the best value.”

Other electrical contractors agreed with Thompson. Some said they rely on distributors for many questions they might ask of a lighting designer or consultant. When asked whether his firm hired lighting designers, Jim Eddy, division manager, Taft Electric Co., Ventura, Calif., said, “I usually call Jack” (that is, Jack Ronk, CSL Lighting Distribution, Westlake Village, Calif., who has a background in lighting products and design).

“One of our unofficial duties is to protect one of the larger local companies against their own architects and lighting consult-ants,” Ronk said, “so that they don’t go overboard and spend too much on materials or labor. We try to protect our clients against overages and over-specified material that cost considerably more money than needed. The art of that is to provide alternates that don’t change the basic design. It’s truly a money-saving effort when you do the alternate approach or value engineering. One thing you must be careful of is not to disrespect the original design, because if it doesn’t work, then the lighting consultant is off the hook. You’ve messed with the design. It’s a fine fence that you walk.”

Walking that fence is getting a bit trickier these days. That’s why some electrical contractors are starting to hire lighting de-signers.

Cupertino’s Spillane said, “If the owner has a conceptual idea of what they want and doesn’t know how to bring their prod-uct to market, they can come to a full-service electrical contractor like ours and have certain segments architecturally de-signed. If an owner wants to build a new office complex, we’ll do a fine job of all the routine lights, pendants overhead, two-by-fours. But, if he wants a high-end reception area and doesn’t want to hire a lighting consultant separately, he might want us to do that.”

While those are isolated cases that don’t add up to a trend, as design/build becomes a more common construction method, chances of electrical contractors hiring lighting consultants may increase substantially.

“I’ve been practicing lighting design for 25 years, and up until the last five years, I was never asked to be on a project by an electrical contractor,” said Janet Nolan, President, JS Nolan + Associates Lighting Design. “Since then, we’ve had a half-dozen situations where we’ve gotten a call from an electrical contractor who is on a design/build project. The contractor found that the architect or interior designer wasn’t equipped to figure out how to light the space. So they called us.”

“We were hired to come in as the lighting designer on a design/build project that was already underway, after the engineering was done,” said Robert Fagnant, lighting designer, Randall Lamb Associates. “Bridging documents had been created, and a certain kind of design was needed. It was up to us to help the electrical contractor understand the original design intent and to help them select the luminaires to meet that design intent. Nine times out of 10, we’re working for an architect or an owner. But on another project, the electrical contractor hired us because the owner required a lighting consultant but didn’t want to hire one directly.”

“Sometimes, an electrical contractor will get a design/build project that doesn’t have a lighting designer on it,” Nolan said. “If they don’t have staff trained as lighting designers, they’re in way over their head, especially here in California with Title 24. It’s a challenge for us. We do it 24 hours a day,” she said. (Title 24 is Part 6 of the California’s Energy Efficiency Standards for Residential and Nonresidential Buildings.)

One distributor agrees with her.

“As Title 24 becomes more stringent and you have only ‘X’ amount of watts for an entire building, the lighting designer will become more and more integral to projects,” said Marc Weisfelt, manager, Independent Electric Supply Inc. “A designer is as-tute at being able to use the right fixtures, the right technology to bring the right amount of light into a space. Let’s say some spaces aren’t as aesthetically important as others, for example, an office space with indirect lighting or two-by-four fixtures that provide efficient and functional light. The designer is able to balance the wattage and energy used for the office space with that needed to light a lobby area that calls for decorative fixtures that are not usually very efficient.

“There’s so much more to a light fixture than the wattage, voltage and color,” he said. “There’s beam spread and co-efficiency utilization that the lighting designer takes into consideration. Lighting designers bring continuity to a job. They have a wider vision of what’s out there and know about all the cool stuff that many electrical contractors and distributors don’t.”

With the technological advances and increasing use of design/build, is it worth it for an EC to have a lighting designer on staff?

“Most companies couldn’t justify the overhead of having a staff person, but they could hire one as a consultant if the project warranted it,” Cass said. “Hiring one brings a lot of benefit to enhance the visual environment.”

That might be another reason that would motivate an electrical contractor to hire a lighting consultant or at least recommend it.

“Not all, but a lot of electrical contractors have become proponents of good lighting design, because they’ve seen the end result,” Nolan said. “It makes their work look good. We know electrical contractors who have gone to a meeting to kick off a project and will ask if there is a lighting designer on board. If the answer is no, they’ll say, ‘You really need to get one on this job.’”

Back to the question: Should you employ a lighting designer? The answer remains the same: It depends on whom you ask. EC

CASEY, author of “Kids Inventing! A Handbook for Young Inventors” and “Women Invent! Two Centuries of Discoveries that have Changed Our World,” can be reached at [email protected] or www.susancaseybooks.com.